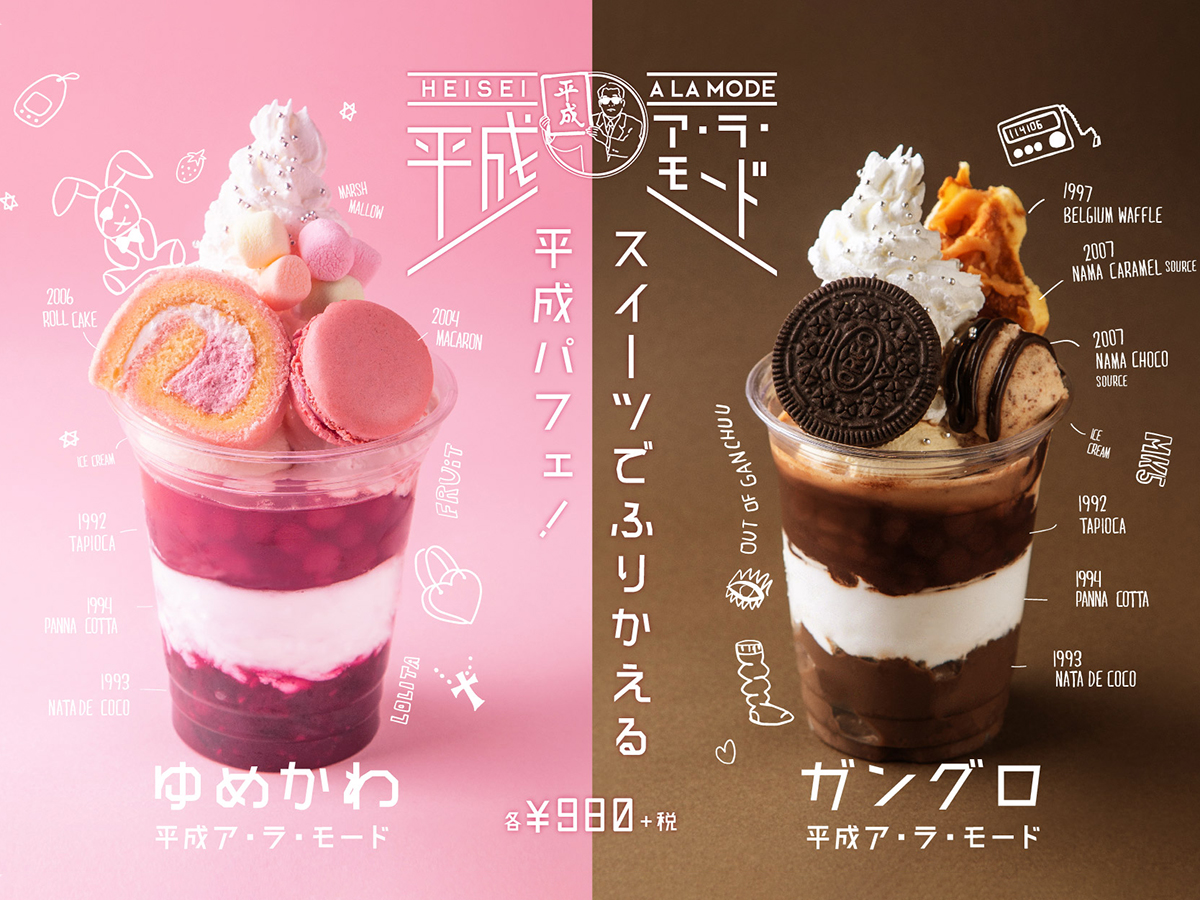 In the thirty year span of the Heisei Era, Japan has seen quite a few dessert trends come and go.

In 1990, tiramisu was the talk to the town, in 1991, consumers craved crème brûlée, in 1992, the first tapioca wave tempted Japanese appetites, in 1993, nata de coco jiggled its way into desserts and drinks, in 1994, panna cotta was in its prime, in 1997, everyone was biting into Belgian waffles, in 1999, “raw” chocolate (like the filling inside French truffles) was the dessert darling du jour, in 2004 people munched on macarons, in 2006 the marketing elite said “let them eat rolled cakes”, in 2007, “raw” caramel (soft salted caramel whipped with crème fraîche) melted hearts, and that’s not even getting into the last decade…

Many of those trends, like tapioca, (which just experienced its third wave last year), and rolled cakes are still popular, and others like nata de coco and panna cotta have faded from the ranking charts.

But even if you didn’t experience those sweet trends of the Heisei Era in person, a pair of parfaits offered by the Kawara CAFE&DINING chain will let you savor many of them all in one single dessert sensation.

Although the dessert trends included within each parfait span most of the Heisei Era, the organizing themes for each one are clearly separated between the early Heisei and late Heisei Era.

The rest of the article can be viewed on our partner’s website, grape Japan at ”Revisit Sweet Trends Of Heisei Era With Kawara CAFE&DINING’s “Heisei A La Mode” Parfaits.“