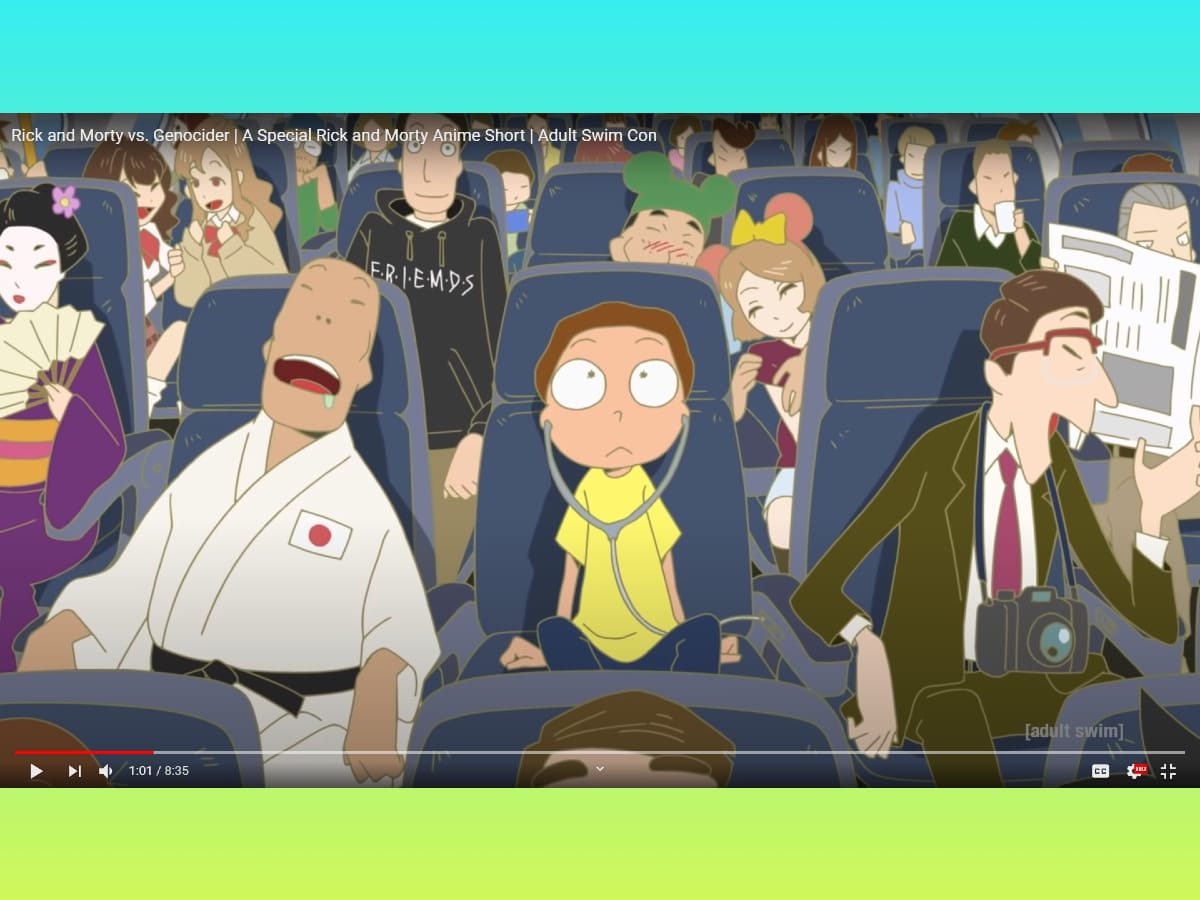 With one of its main premises being based around the possibility of limitless alternate universes, Adult Swim’s popular sci-fi animated sitcom Rick and Morty has continuously pushed the boundaries of what’s possible in a TV show.

Throughout the show’s four seasons (and counting), the titular grandfather-grandson pair of Rick Sanchez and Morty Smith have found themselves in unimaginable planets, universes, and even in quirky alternate versions of our very own planet Earth. In all of the show’s episodes however, the mismatched sci-fi duo never found themselves in the sometimes-just-as-quirky country of Japan.

Enter the Rick and Morty animated shorts. These shorts are featured on Adult Swim’s official Youtube channel, but they often aren’t made by the show’s own animation team. Instead, they’re created by external production teams, which allows for more bending of elements and exploration of dimensions that haven’t been seen on the show.

One short from March 2020 brings the duo to a historical period of Japan with samurais and ninjas, where a samurai version of Rick uses exceptional sword fighting skills against his enemies. (Warning for the faint of heart: the 5-minute clip gets very bloody.)

The latest addition released by Adult Swim finds Rick and Morty back in Japan, but this time, they’re in modern Tokyo for the very first time. You can watch the full animated short below.

The rest of the article can be viewed on our partner’s website, grape Japan at ”Rick and Morty animated short brings the sci-fi duo to Tokyo for the very first time“