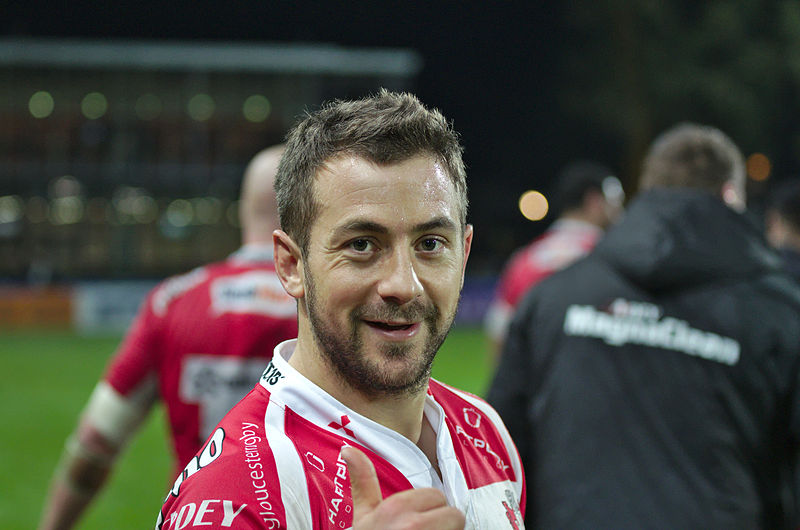 The Japan Rugby Top League team made the announcement on Monday.

In an Instagram post, the 34-year-old scrumhalf Laidlaw said: “I look forward to bringing my experience to Japan. It is a country that has provided the warmest of welcomes every time I have visited. I can’t wait to get started.

“To now be making it my home and joining the Shining Arcs family is extremely exciting.”

The Japan Rugby Top League season is scheduled to begin in January. The current season was canceled in late March due to the COVID-19 pandemic. NTT Communications won four of six matches before the season was called off.

Laidlaw retired from international competition after the 2019 Rugby World Cup in Japan. He earned 76 caps, including 39 as captain, for Scotland. His swansong came in Scotland’s 28-21 defeat to Japan in a Pool A match on October 13 at International Stadium Yokohama.

Before finalizing a deal with the Shining Arcs, the Edinburgh native spent three seasons with French Top 14 club Clermont Auvergne (2017-20, playing in 49 games).

In his combined 245 matches for the three clubs, Laidlaw amassed 1,515 points.

After the 2019 RWC, Laidlaw reflected on his retirement from international rugby.

“Emotionally, this decision was incredibly tough however, when I reflected on what I have learned from playing test-level rugby and where Scotland is as a national team, it makes sense,” Laidlaw said in a statement.

“Captaining your country to victory is the stuff of childhood dreams. To say I will never again stand in the tunnel, filled with nerves, alongside my rugby family and lead my teammates out onto the pitch at Murrayfield, is incredibly hard.

“While my body and heart could continue playing, my head tells me that it’s time to let the team rebuild…”

In September, Laidlaw wasn’t ready to reveal his post-World Cup plans. Instead, he wanted to focus solely on Scotland’s preparation for matches.

“Is this it? Well, I’m not getting any younger,” Laidlaw told BBC Scotland. “I’m just determined to enjoy these games and put my best foot forward and we’ll see what happens after that. It’s a decision I’ll be able to make after the World Cup.”

Laidlaw finished with 714  points for Scotland, second only to Chris Paterson’s 809.

During Laidlaw’s eight-year run as Scotland captain, he was often at his best in pivotal moments.

“When Scotland needed to weather Ireland’s storm in the Six Nations in 2017, Laidlaw brought composure and dead-eye goal-kicking in the critical minutes at the end,” BBC Scotland’s Tom English wrote last year.