(Introduction to a series on one of Japan’s artistic icons, Hokusai)

Part 1. [Eternal Hokusai] The Enduring Appeal of the ‘Great Wave’

Have you heard of the artist Katsushika Hokusai?

He was a famous artist of woodblock prints (ukiyo-e), which have become synonymous with Japanese art around the world, but how well do we actually know him?

In 1998, Hokusai became the only Japanese person included in Life Magazine’s list of the 100 most important people of the second millennium.

2020 marks the 260th anniversary of Hokusai, who has become a sensation around the world. In Japan, many museums have planned special exhibitions, events, and screenings of the movie Hokusai. Unfortunately, most of these were postponed, canceled, or reduced in scale due to the impact of the coronavirus pandemic.

However, in honor of the anniversary — and not canceled — JAPAN Forward is launching a series entitled Eternal Hokusai.

Hokusai’s greatest masterpiece is his print series, Thirty-Six Views of Mount Fuji. What does this sacred mountain called Mount Fuji, which has come to symbolize Japan itself, mean to Japanese people?

Over 400 mountains in various parts of Japan are commonly known as Mount Fuji. Moreover, the name is frequently used for slopes with scenic views of the mountain, as well as bridges, stations, cities, and companies. People in Japan have also worshiped the sacred mountain since ancient times, making it an important religious site. 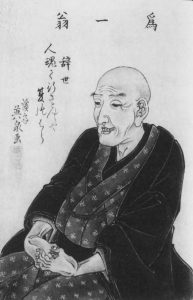 I will be thinking about Mount Fuji’s connection to Japan while looking at ukiyo-e.

Next in this series, we will tell the story of a young Dutchman whose life was changed by Hokusai.

The Reiwa Academy Club, an educational institution where people will be able to study Japanese culture, is scheduled to open this autumn in Tokyo. Supported by JAPAN Forward, it will offer organized lectures about Hokusai and ukiyo-e, one of the proud art forms of Japan. The mission is to convey the appeal of Hokusai and ukiyo-e with as few technical terms as possible, so that Japanese people and the international community can better understand the culture and history of Japan. Watch these pages for further information on events.