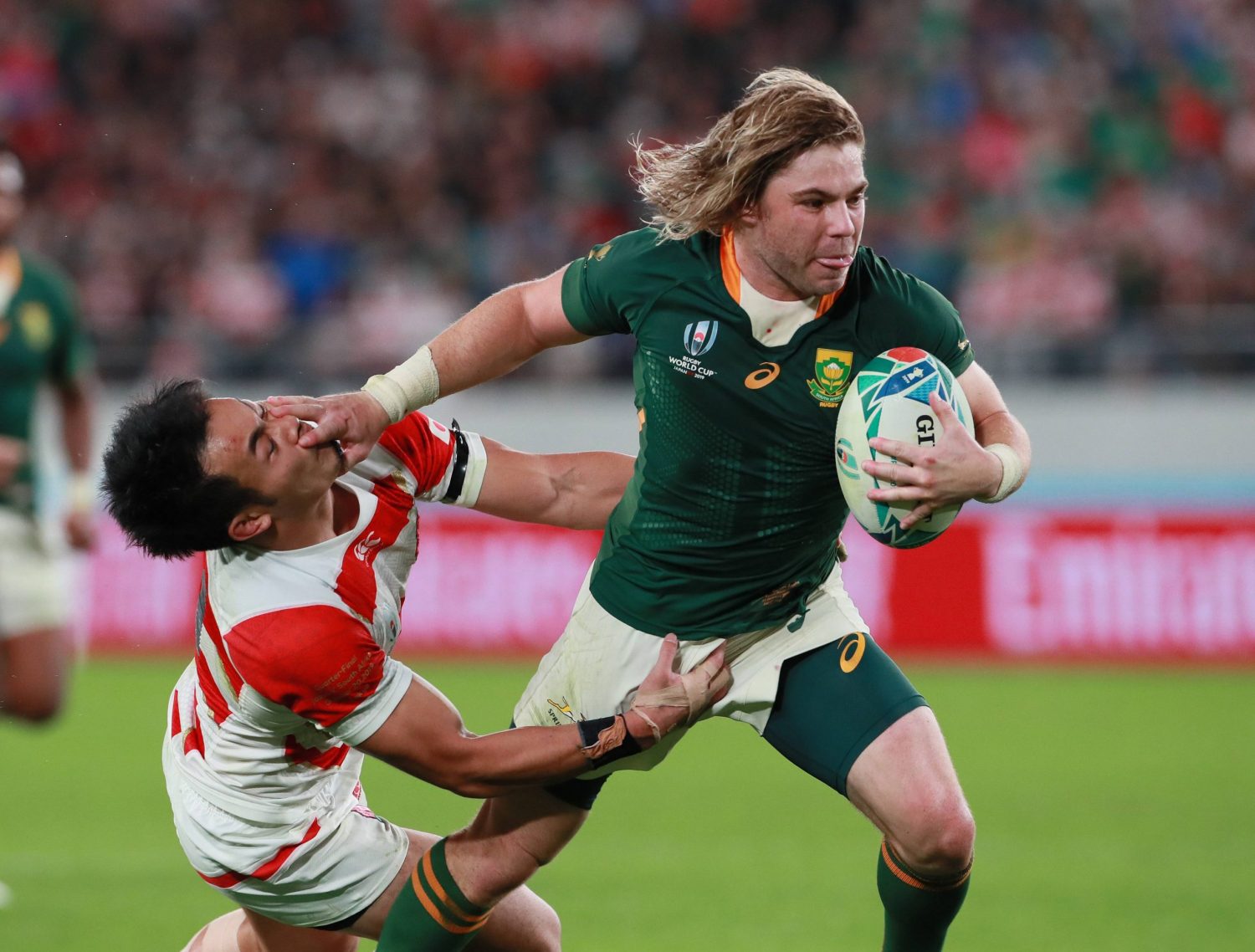 Faf de Klerk, who has suited up for the English Premiership’s Sale Sharks since 2017, is headed overseas for the Japan Rugby League One’s 2023 campaign.

The Yokohama Canon Eagles announced the signing of the veteran scrum-half on Wednesday, June 1.

De Klerk, 30, started against England in the 2019 Rugby World Cup final in Yokohama. He also had a try against Japan in the Springboks’ 26-3 quarterfinal victory over the Brave Blossoms in Tokyo. He was chosen as the Player of the Match against Japan.

“I am very excited and grateful for the opportunity to be part of a great team like the Yokohama Canon Eagles,” de Klerk said in a team-issued statement. “Since the Rugby World Cup in 2019, I knew I wanted to play in Japan at some stage in my career. Now it is a reality and I can’t wait to get stuck in with my teammates and coaches and hopefully make a big impact.

“The Japanese culture is amazing, and I look forward to enjoying every moment with my partner, teammates and all the rugby fans of Japan.”

The Eagles placed sixth in the 12-team League One, which wrapped up its inaugural season on Sunday, May 29. The Saitama Panasonic Wild Knights topped the Tokyo Suntory Sungoliath 18-12 in the championship match at National Stadium.

De Klerk has appeared in 13 matches for Sale this season, amassing 13 points, including one try.

The 170-cm player, who has earned 36 caps for the Springboks, said in 2019 that a turning point in his career came in 2017, when he left South African side Lions for Sale. He was given a golden opportunity to prove his all-around skills to the coaching staff.

Despite being short of stature for a scrum-half, he’s a tough-as-nails player.

“The main thing for me when I got to Sale was I got put in a role where I needed to make a difference in the team,” de Klerk was quoted as telling the BBC before the England-South Africa final. “A lot of responsibility came my way in terms of how we wanted to play, how we wanted to kick, how we wanted to play our running game. … I played a lot of rugby, got a lot of starts, and the head coach Steve Diamond backed me continuously.”