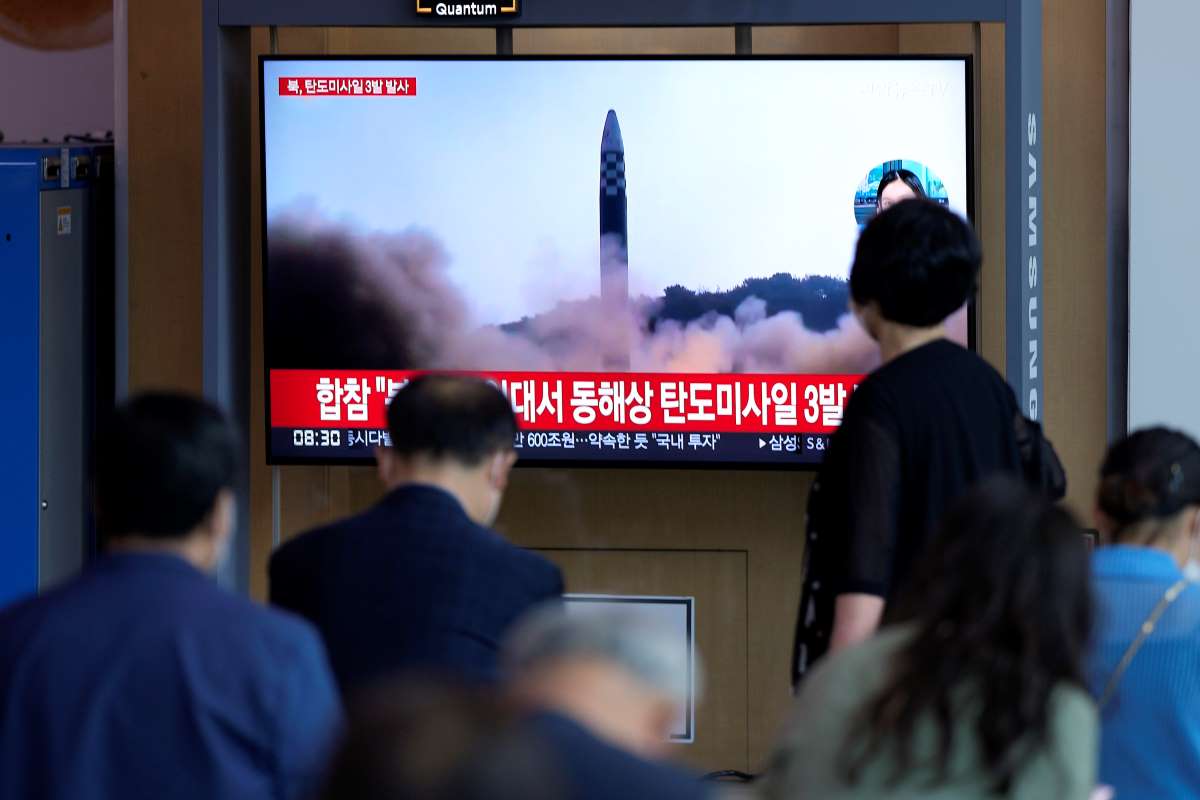 A United Nations Security Council (UNSC) resolution for strengthening sanctions against North Korea, following its violations in launching an international ballistic missile (ICBM), garnered a vote of 13 in favor and 2 against on May 26. China and Russia, both permanent members of the Security Council, exercised their vetoes and the measure failed.

Since the UNSC first adopted sanctions against North Korea in 2006, this is the first time that a resolution sanctioning Pyongyang has not passed due to the exercise of a veto. China and Russia have continually supported North Korea’s nuclear and missile testing that disturbs the international peace. That should make them ineligible for occupying seats as permanent members of the Security Council.

Japan’s Chief Cabinet Secretary Hirokazu Matsuno commented on the matter in a news conference. “The rejection [of the resolution] by veto is deeply disappointing,” he said, calling for the Security Council to return to its original role of maintaining peace and security in the international community.

It was only natural that the chief government spokesman expressed disappointment about the vetoed resolution. However, Mr. Matsuno, and the Japanese government as a whole, should have been more clear and to the point in condemning Beijing and Moscow.

North Korea’s nuclear weapons and missile development pose a serious threat to Japan and the rest of the world. All UNSC resolutions against North Korea from 2006 to 2017 have been adopted unanimously. Calling for Pyongyang to relinquish all nuclear arms and missiles, they have imposed strict sanctions on the flow of people, goods, and capital to and from the North.

The 2017 resolution stipulated that if North Korea carried out nuclear tests or ballistic missile launches, the UNSC itself would act to further limit exports of oil to the North. Notwithstanding that resolution, China and Russia refused even to denounce Pyongyang’s missile launches in March, and they have cast vetoes to doom the new resolution this time.

The Chinese and Russian ambassadors to the United Nations argued that the draft measures would lead to escalation of the confrontation and “extremely dangerous humanitarian consequences.” However, isn’t it North Korea that has been increasing tensions, pouring its meager resources solely into nuclear weapons and missile development while repeatedly testing nuclear weapons and missiles near Japan?

North Korea has been poised to go ahead with a nuclear test, which would be the seventh since the first in 2006. It is feared that China and Russia’s vetoes may have emboldened Pyongyang, possibly leading the North to perpetrate newly outrageous actions.

Following the Japan-United States summit meeting on May 23, during the Quadrilateral Security Dialogue or the Quad leaders’ meeting in Tokyo the next day on May 24, Chinese and Russian bombers flew in formation from the Sea of Japan to the Okinawa Islands and on toward the US territory of Guam.

That was a blatant act of provocation against the four member democracies of Japan, the United States, Australia, and India. And it was entirely unacceptable.

Meanwhile, the UNSC has been completely ineffectual in response to Russia’s invasion of Ukraine, continually betraying its powerlessness. Under the circumstances, Japan has no alternative other than to secure its national security on its own, rather than pinning unrealistic expectations on the Security Council.