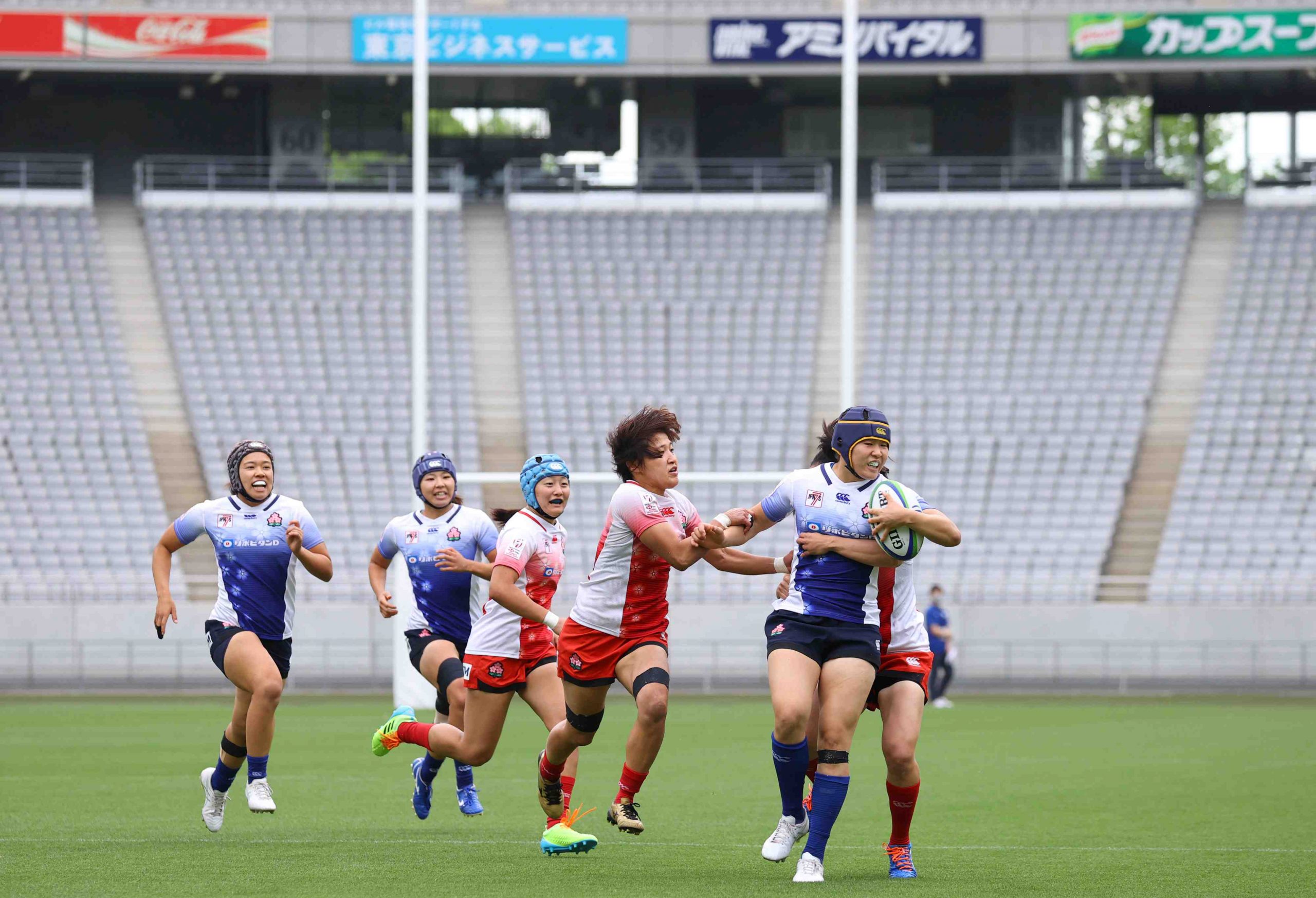 Tokyo Stadium, also known as Ajinomoto Stadium, was the scene of rugby sevens dry-run test matches on April 22 in preparation for the Tokyo Olympics.

A total of 270 individuals, including operational staff from the Tokyo 2020 Organizing Committee and the Japan Rugby Football Union, took part in the realistic simulation of actual competition amidst strict COVID-19 precautions.

With the novel coronavirus pandemic continuing to rage, there is much speculation worldwide as to whether the Summer Olympics will be able to be held in three month. However, the simulated matches are proof positive that both the men’s and women’s squads remain focused on their preparations for the July kickoffs, with those preparations including actual matches.

Reporters were allowed to watch around 1½ hours of the simulated matches. Members of the men’s and women’s Japan national teams, who are under quarantine after returning from an international tournament in Dubai, were specially divided into two sides, with the men then taking part in one match and the women two matches.

Although hard contact was avoided, everything possible was done to make the atmosphere surrounding the matches as realistic a simulation of an Olympic event as possible, with a stadium announcer, background music and the singing of national anthems. (For some reason, on this occasion they were the Japanese and South African national anthems.)

Chiharu Nakamura, who has long been a key player on the Japan women’s national rugby team, released the following video comment about holding the simulation on the actual site where the Olympic competition will take place.

“We were able to gain a concrete visual image of the stage where the actual Olympic events will occur in July,” she said.

Nakamura indicated how much she and her teammates are looking forward to the Olympics when she said, “We want to buckle down and use the time we have left to take fullest advantage of these test events.”

Some of the procedures for holding the Olympic events — such as having the athletes enter and exit the field through separate gates and having a remote-controlled vehicle deliver the ball so as to avoid having anyone touch it before play — although adopted prior to the pandemic also serve to prevent the spread of COVID-19.

During the matches, staff could also be seen frequently spraying disinfectant on the benches used by the players.

Following the test matches, in an online interview Yasuo Mori, a senior Tokyo 2020 official, commented to reporters about what the test matches had aimed for and what they had achieved.

“This was the first time that many of the athletes had the opportunity to participate in a rugby event on the same team,” he explained.

He added that the most important benefit of the matches was at the personal level.

“I believe it afforded them [the athletes] the opportunity to develop teamwork and exchange information,” Mori said.

By holding events such as the rugby simulation test matches at this time when the entire world is intently watching to see if the Summer Olympics will actually take place as planned, Tokyo 2020 organizers were likely trying to send a strong message.

It served to raise consciousness among the athletes concerning the Olympics and shows that the organizing committee is still very much committed to a successful staging of the Tokyo Games.