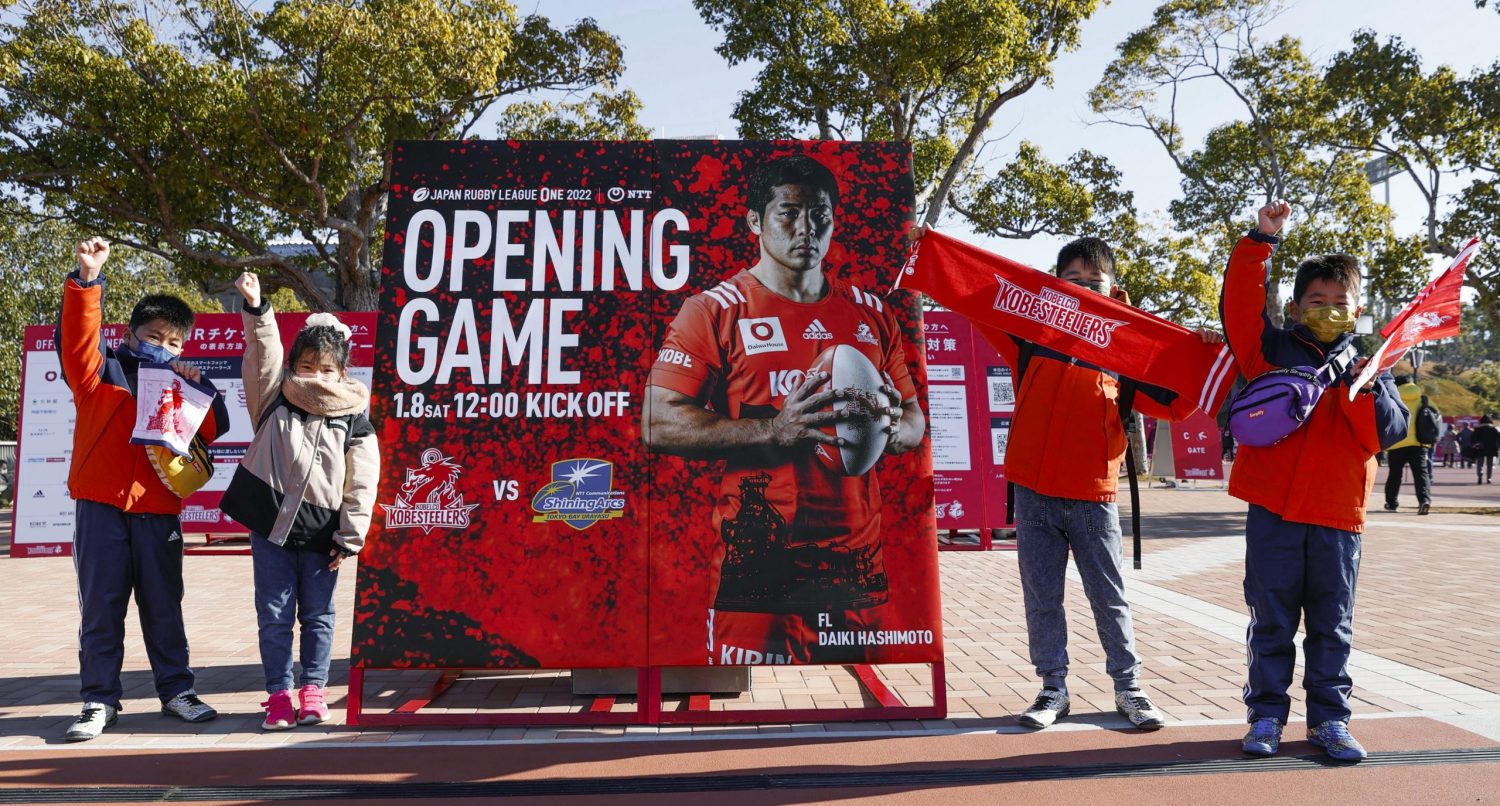 Unfortunately, the rapid spread of the Omicron variant of COVID-19 forced the league to cancel nine out of the 30 scheduled Division 1 games. However, the league and Japan Rugby Football Union (JRFU) are determined to complete its first-year competition at any cost, and competition resumed later in February.

The Japan Rugby League One was established by abolishing the Top League, which had lasted for 18 seasons through 2021. What changes will the new league bring and what does it aim to achieve?

A Path to Professional Teams

The goal of the newly inaugurated league is to achieve professionalization of its teams within the next few years. Unlike overseas powerhouses, Japanese rugby has been played as a form of corporate sports for over 50 years. The athletes have been hired by companies that own a club, and continue as amateur players who are company employees. The number of players who have professional contracts has increased, but more than half of the players are still amateurs struggling to balance work and rugby.

The cost of team operations, which varies from tens of millions to hundreds of millions of Japanese yen (hundreds of thousands to several million US dollars), are not funded by admission fees or sponsorship income, but instead by support from the parent companies. Public relations expenses and the costs of insurance and other welfare for athletes are paid by the company, and the athletes’ compensation is treated as an employee salary.

While corporate teams can be run with the support of global companies such as Toyota and Toshiba, there is also the risk that a team will disappear at a company’s discretion. This was the case, for example, with the Coca-Cola Red Sparks, who were disbanded in the 2021 season.

The Japan Rugby League One views the professionalization of teams as essential to their sustainability so that the survival of a team is not determined by the circumstances of one company. Professionalization is also seen as a key to improving competitiveness with a view to strengthening  the performance of the Japan national team in Rugby World Cup competitions.

Commercialization is an entry requirement into the league. Each team must designate a host area where it will work to build a local fan base as well as to contribute back to the local community. To increase the popularity of the sport, each team is also setting up a rugby academy where elementary and junior high school students learn to play the sport.

According to a Japan Rugby League One spokesperson, after completing the first few games, the league evaluated its status saying, “the decorated venues and sound equipment to liven up the games, as well social media promotions by each team, are all new features that didn’t exist under the previous management style of the JRFU. The next challenge will be to increase recognition of the league’s presence in society.”

The ability of each team to attract fans and increase profitability is a major challenge for the future. The average number of spectators at each game at the end of Round 5 was about 4,700.

The number of spectators was limited to 5,000 this season, or about 50% of the total number of seats, due to the COVID-19 pandemic. However, Toetuʻu Taufa, the former Japan national team player now involved in management of the Hanazono Kintetsu Liners, pointed out that “attracting customers will be a big issue and a measure of the league’s success from now on.”

The issue is a matter of concern for many teams which, since the pre-season match stage, have voiced concerns over the fact they had not attracted as many spectators as they had expected.

In the former Top League, the parent companies would purchase a large number of tickets, then distribute thousands of them by handing them out free of charge or selling them at low prices to employees and affiliated companies. However, as the teams become more commercialized, the income from ticket sales will occupy an important position in offsetting the cost of team operations. This means teams will need to sell something like 10,000 tickets or more for their games.

Team management is currently going through a transitional period from Japanese-style corporate teams to professional ones. Many parent companies still support the teams in a manner similar to the conventional corporate model.

The key to the success or failure of the league lies in how much the teams can increase profitability over the next few years. Will they be able to break free from relying solely on the parent companies and acquire more sponsors, increase ticket sales and attract fans?

A new league has begun, but the structural reformation of the league ー and Japanese rugby ー has only taken a small step forward.

Read other reports by the author about Japanese rugby at this link.