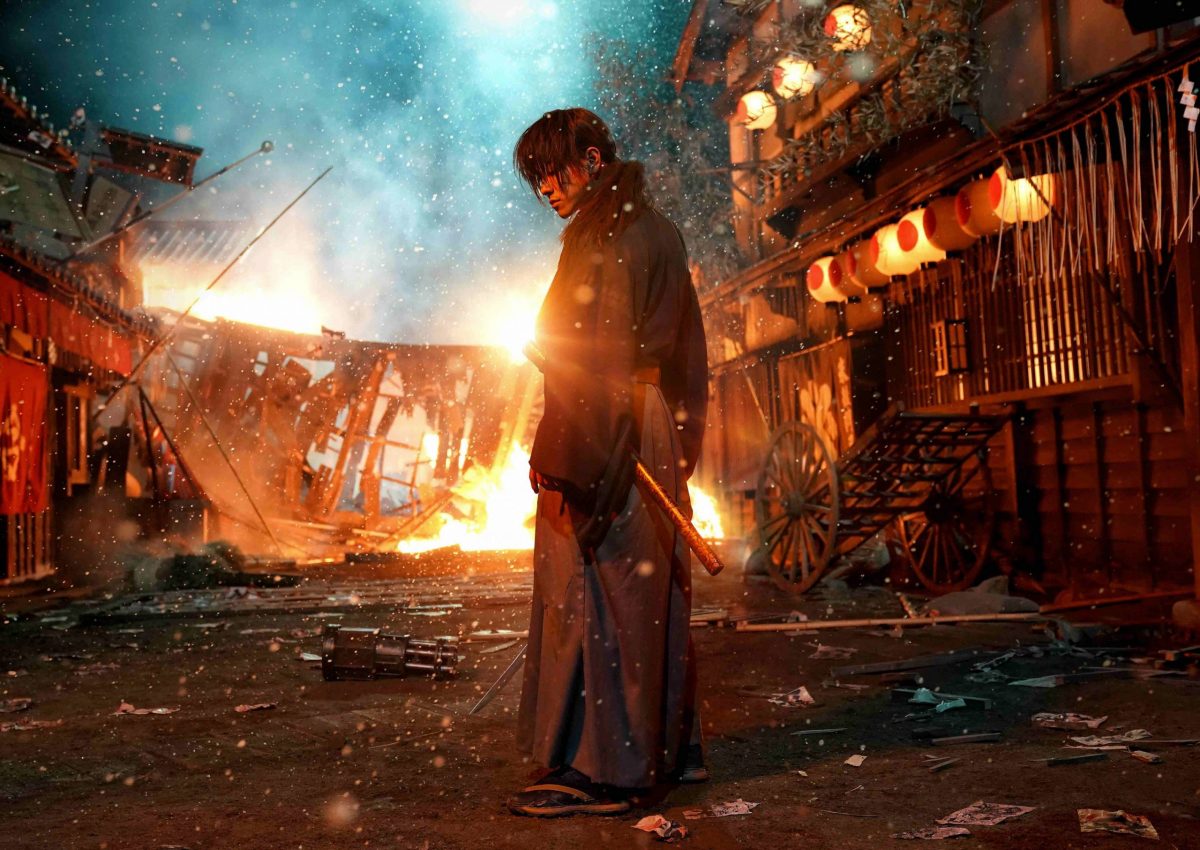 You might think this is another story of the entertainment industry struggling in the midst of COVID-19. Not this time.

Warner Brothers, the distributor of samurai film series Rurouni Kenshin made the figures for the latest installment, The Final, public on May 7. The film was released on April 23, and in just two weeks surpassed ￥2 billion JPY ($18.3 million USD) in box office sales.

Stellar Numbers for ‘The Final’

Set during the Meiji period (1868-1912), the movie tells the story of Himura Kenshin, a former killer samurai who went by the name of “Hitogiri Battosai,” during Meiji restoration when Japan industrialized and opened up to the outside world.

When the Meiji era arrived, Himura shed his name “Hitogiri Battosai.” Swearing never to kill again, he also  adopted as a weapon a “sakabato,” a peculiar sword where the blade faces the owner rather than the opponent.

While Kenshin pursues the life of the wandering samurai, he comes against several opponents. The Final film focuses on a battle against Enishi Yukishiro (played by Mackenyu Arata), who is seeking revenge as Kenshin killed his older sister.

The film debuted in the largest release ever for a Japanese film, according to local entertainment media outlets. Showings were reported on 480 screens in 362 theaters nationwide.

The immense popularity of the film was even more surprising, considering that several regions of Japan, including the metropolis of Tokyo and Osaka, entered a state of emergency on April 25, just a couple of days after the release of the film.

The film saw a whopping ￥535 million JPY in box office sales in the first two days, with about one third of a million people going to cinemas during that time. This figure is higher than the previous most popular film of the series, “Rurouni  Kenshin: Kyoto Inferno.”

On the opening weekend of the film, national broadcasting company NHK even showed a vox pop with people who were traveling to neighboring prefectures that were not under the state of emergency to find a cinema where they could see the movie.

The franchise for the immensely popular samurai-themed saga live action film is based on the best-selling manga series of the same name, which was serialized in the popular Weekly Shonen Jump from 1994 to 1999. (Before the films, it was also made into a television animé series, known in some countries as Samurai X).

RELATED: The Heart of a Swordsman: 10 Years of the ‘Rurouni Kenshin’ Films

The film series has been incredibly popular in Southeast Asia, among others, for its powerful fighting scenes, grand music climaxes, and just about the right dose of samurai fighting kitsch.

Netflix Philippines has already announced that “The Final” will be available on Netflix starting from June 18.

Another factor in the popularity of the film is undoubtedly the participation of popular rock band ONE OK ROCK in composing part of the soundtrack.

Perhaps the most memorable tune was the theme song “Renegades”, which was written in collaboration with international pop artist Ed Sheeran. Released as a single on April 16, the song debuted on YouTube a mere handful of days before the film, and is already a hit online. Between its English and Japanese versions, it has collected almost 15 million views on YouTube alone.

On April 28, just five days after the release of the film, the song hit number 4 on the Japan billboard top 100 songs and was the number one downloaded billboard song in Japan between April 19 and 25.

Back to ‘The Beginning’

Rurouni Kenshin is nearing its final film release on June 4 in Japan. This next film, The Beginning breaks tradition with previous films, and traces the roots of Himura Kenshin in the years when he was still called “Hitogiri Battosai,” and looks into the origins behind his proverbial cross-shaped scar on his cheek.

This is the fifth and final film in a series. The first three films, Rurouni Kenshin, Rurouni Kenshin: Kyoto Inferno, and Rurouni Kenshin: The Legend Ends, were released in 2012, 2014, and 2014, respectively. The fourth installment was finally released, after a one year COVID-19 delay on April 23, 2021, to be shortly followed by the final film set to come out on June 4.

Counterintuitively, the last film also brings us back to the beginning of the story.

To build anticipation towards the impending release of The Beginning, on May 17, Warner Bros. released the new trailer prior to the release.

And fans are already having a field day on Twitter:

To mark the release, and ten year anniversary since the start of the film franchise, the two main stars of the film, Takeru Sato and Kasumi Arimura, who plays Kenshin’s flame Tomoe, along with actor Yosuke Eguchi and director Keishi Otomo, participated in the live event. They were joined through a video call by a handful of pre-registered fans who were able to pose questions.

Once more, fans found out that they can look forward to a song by ONE OK ROCK, written for the film, of which a snippet was included in the trailer.

Organizers of the event also shared the message sent by a vocalist of ONE OK ROCK, Takahiro Moriuchi, regarding the impending release: “For me, this is my favorite film.”

The Beginning film has been much-anticipated, and is set to bring an introspective backstory to the main character in a historical setting that is different from the previous films. As the director himself commented, “We felt we wouldn’t be satisfied until we delved into the story of how he (Kenshin) got his cross-shaped scar.”

Actors were quick to admit, though, that the restrictions keeping cinemas closed in many cities have been limiting fans’ ability to see the film. As Sato himself said, “Many of my friends have still not watched the first one (The Final). I am hoping that when cinemas reopen, everyone can watch the two films together and enjoy it!”

RELATED: The Heart of a Swordsman: 10 Years of the ‘Rurouni Kenshin’ Films