Success of the U.S. SALPIE Initiative for Smaller Islands Needs Japan’s Help, Too 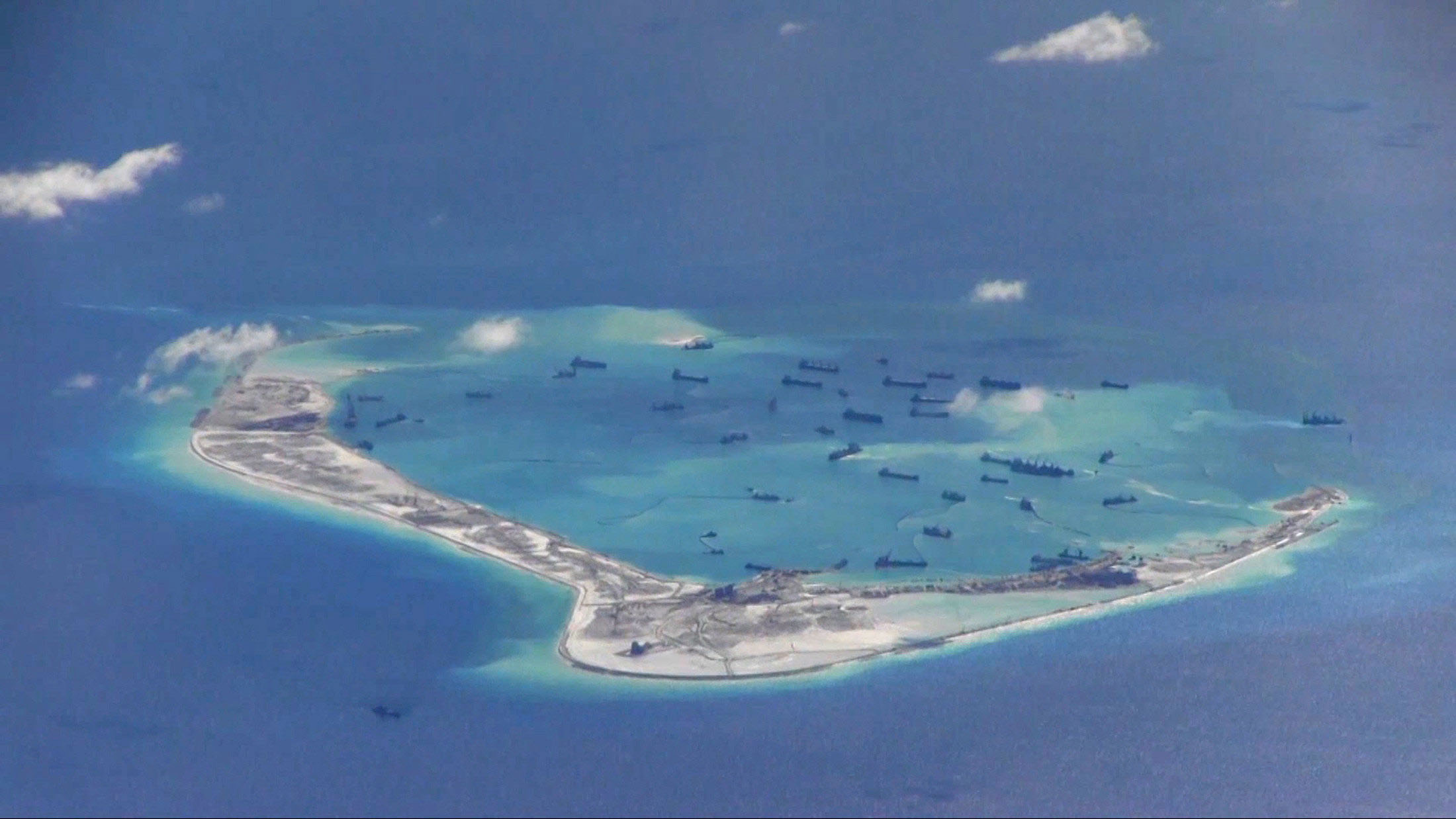 Chinese government vessels swarm near one of Bejing's man-made "islands".

In March 2021 the United States unveiled a new economic cooperation framework designed to strengthen Washington’s collaboration with smaller islands in the Pacific, Caribbean, and North Atlantic regions. The decision came within the first three months of the Biden Administration’s assumption of office in Washington.

Smaller island countries have not always been the top priority for America’s diplomatic and economic agenda. However, U.S. National Security Advisor, Jake Sullivan and National Economic Council Director Brian Deese have already held discussions with representatives and stakeholders on how the pandemic-related economic disruptions and climate crisis have caused unprecedented calamity for these import and tourism-dependent smaller island economies.

Assistance From the U.S., Japan, Australia and New Zealand

In order to bridge this existential gap and bring these regions into focus, the schematic idea has been dubbed the Small and Less Populous Island Economies (SALPIE) Initiative.

The SALPIE Initiative signals the U.S. government’s prioritization of cooperation with these economies, and further enhances the bilateral, regional, and multilateral collaboration within the SALPIE regions. By means of this initiative, the U.S. is looking at opportunities to “counter predatory investment practices by malign actors” and enhance collaboration within international organizations.

Nations falling under the SALPIE plan are geographically diverse island economies facing similar challenges. Most have populations under one million, and cover geographic areas generally less than 1,000 km2, thereby rendering them as “small island states”.

Smaller island states share a number of characteristics, including a narrow economic base, economic dependence for markets and investment, and most significantly, dependence on larger countries for sea and air transport. These, in turn, invite greater influence of larger countries. As a consequence of these external influences, their interdependent economic, social/demographic, political, physical and ecological subsystems end up shaping their behavior, and their sustainability.

The topmost priority for the Pacific Islands remains their dual demand for infrastructure and poverty alleviation.

Japan is among the traditional four major bilateral donors to the Pacific Island nations, along with Australia, New Zealand and the U.S. These nations need to focus on specialized projects while responding to the needs of the Pacific Islands. Doing so would provide beneficial aid to the islands, while limiting the overwhelming detrimental impact of China’s “influence aid”.

Concerns have become more pronounced in recent years as Beijing has grown into an increasingly important source of financial aid and assistance to these island nations. The growing engagement of Beijing in the region raises concerns primarily due to the nature of financial assistance provided, much of which comes in the form of concessional loans, rather than aid grants favored by Japan, Australia and New Zealand.

In a May 2020 Japan Forward op-ed, I argued that it has been Beijing’s time-tested foreign policy strategy to use soft power tools to make inroads into smaller, remotely accessible, underdeveloped, and economically fragile regions.

Beijing appears poised to employ the substantive debts owed by the cash-strapped Pacific Islands to its strategic advantage at any given point. This has already been witnessed in cases of many South Asian, Southeast Asian, Latin American and African states. It is particularly relevant in cases of China-related ventures, where the debts involve strategic infrastructure projects such as ports, which could be put to use for military purposes.

It has been observed that many of the smaller island nations in the Pacific and the Caribbean have reached a point of endangering their strategic autonomy owing to the heavy debts from China, which are accompanied by growing political directives of Beijing. This lopsided economic engagement can have potentially harmful effects, especially when the debts reach unsustainable levels, leaving those economies and governments at risk.

The SALPIE Initiative should aim largely at propelling growth and investment in infrastructure projects in these regions. Building institutional, industrial, and transport corridors, for example, would serve as a boon for better integration of the smaller economies of the Pacific, Caribbean, and North Atlantic economies in the long term.

The presence of nations such as Japan will particularly help maintain pressure on conforming to international best practices regarding foreign aid and investment. Tokyo’s expertise in providing quality infrastructure and state-of-the-art technology would be a clincher in these cases.

RELATED: Democracies Must Step Up to Counter China’s Dominance Over the Pacific Islands

The Pacific, Caribbean, and North Atlantic provide distinct avenues for Japan and the U.S. to collaborate in ensuring mechanisms for their equitable and reciprocal development.

There is a need for reviewing cooperation on development of connectivity through quality infrastructure and capacity-building carried out bilaterally, as well as multilaterally. More so, there is a strong need to do this in an open, transparent, and non-exclusive manner based on international standards. This includes responsible debt financing practices that are in alignment with local economic and development strategies and priorities.

By virtue of being two prominent and responsible powers, Washington and Tokyo need to step forward and stabilize the balance of power in this region and provide a platform for cooperative, sustainable development. This can be done by refocusing their respective economic relationships with these smaller partners, including the promotion of economic recovery and resilience developed through analytical and participatory methods. Simultaneously, they should collaborate to stabilize the regional maritime paradigm via cooperative security frameworks.

In taking on this challenge, the U.S. would enhance the effectiveness of its SALPIE Initiative by extending it to democratic partners like Japan. Together, these mature democracies with shared values can be more effective in building up bilateral, regional, and multilateral collaboration and countering China’s influence in the Pacific Islands, Caribbean, and North Atlantic regions.

RELATED: India and Japan Should Reassert Influence As China Makes Inroads Into the Pacific Islands