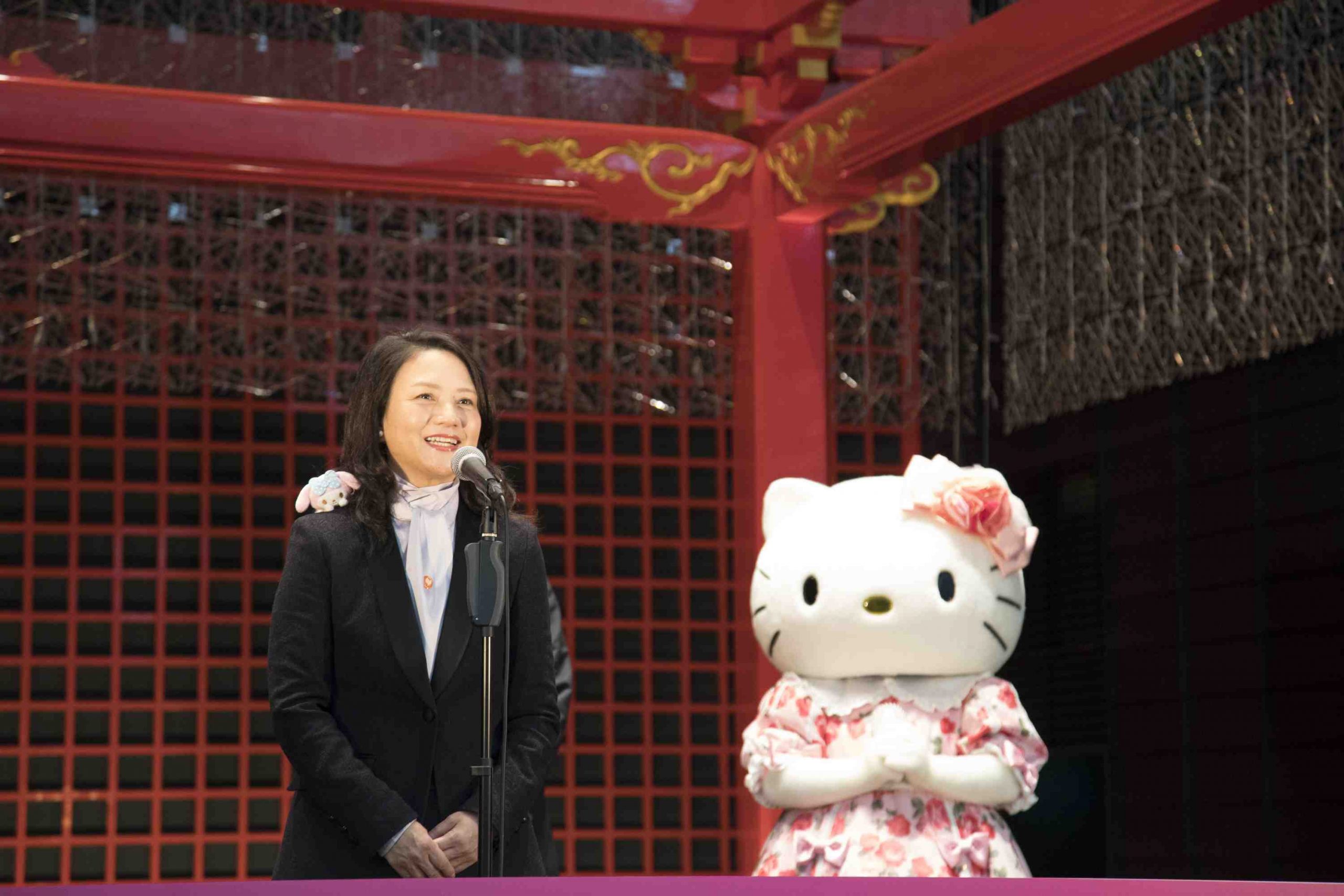 Hello Kitty, My Melody, Cinnamoroll… At Sanrio Puroland (Tama City, Tokyo), you’ll encounter many cute Sanrio characters. Theme park director, Aya Komaki, 61, describes its charm as “a place where diversity is welcomed and the heart can be nourished”.

The park, which embodies the notion of “everyone get along” by having compassion and helping each other, continues to deliver this spirit to the world.

The institution, which celebrated its 30th anniversary last December, opened its doors in 1990 as the first indoor theme park in the country.

Drawn to the company’s principle of “everyone get along,” Komaki started working at Sanrio, which was founded in 1960. She left Sanrio when she got married, however, returned to work at an affiliated company after raising her children. Her desire to get in touch with the “everyone get along” philosophy in her own way, led her to study people through psychology, communication and self-theory.

When Komaki visited the theme park for the first time in a while, it was during a period when the park was being ridiculed as a “burden on Sanrio” for having sluggish visitor numbers.

Frustrated, she felt the situation was a shame because the performance shows were so impressive. Wanting to provide encouragement and prove that there was room for growth, Komaki set out to make a direct appeal to Sanrio’s chairman, Shintaro Tsuji, who was CEO at the time. Due to her enthusiasm, she was entrusted with the role of reviving the theme park. She became its director in 2016.

Welcoming a Diverse Fan Base

With the idea that the park could gain great power if the staff worked collaboratively, Komaki aimed to vitalize and improve the staff’s communicational skills by incorporating dialogue workshops and morning meetings.

Some were opposed to the morning meetings because they did not easily reveal clear results, and attendance of the entire staffーincluding part-timersーwas requested. However, by continuing to hold them daily, the meetings “gave the staff a sense of unity that they were all working together to create one theme park,” according to Komaki.

Nowadays, with the dancers teaching choreography or the restaurant staff presenting the menus, the meetings have developed into a powerful force and a platform where staff members are able to exchange information across their varied roles.

Her desire for the otona-joshi or “grown-up girls” who had once loved Sanrio to come back, prompted Komaki to also take on the challenge of expanding the park’s visitor base.

She introduced two-and-a-half dimensional musicals where the characters and actors perform together on stage, instagrammable food menus, men-only events, and thrill rides. As a result, the park succeeded in setting the tone that “Puroland is not only for kids”.

Along with the increase in solo visitors and a welcoming atmosphere for a diverse group of fans in addition to families, the theme park’s number of visitors reached a record high in the fiscal year 2018.

‘Force of the Field’ Nurtured

Explaining the reason behind the park’s rise, Komaki states, “It was due to the growth of each and every staff. Their desires of wanting the visitors to enjoy themselves are overflowing.”

She values her role in watching over her staff, and as a park director who believes in the power of her employees and is happy for their growth, she hopes to become like “everyone’s mom”.

In addition to the visitors’ joyous voices for the chance to meet the characters, Komaki says that recently, there have been more proclamations that the place itself is fascinating.

When the park was temporarily closed due to the effect of the coronavirus pandemic, they streamed the parades online and conducted online meet ‘n’ greets, which were well received. “Although you cannot see it with your eyes, the “force of the field” is being emitted.”

Generations of Getting Growth

Komaki is keenly aware that the attraction of the park itself had been fostered over the course of the past 30 years.

Her personal take on the “everyone get along” virtue led to the idea that “one must first get along with oneself”. Unless you take good care of your own body and soul, it is impossible to be considerate of others.

By also utilizing online methods, Komaki says she hopes to create a hybrid-style “new way of entertainment” that will allow the experience to be shared not only with park visitors, but also with people anywhere in the world. Komaki’ challenges will continue, as she states, “My wish is to be of service as the cultivated place where “everyone gets along.”