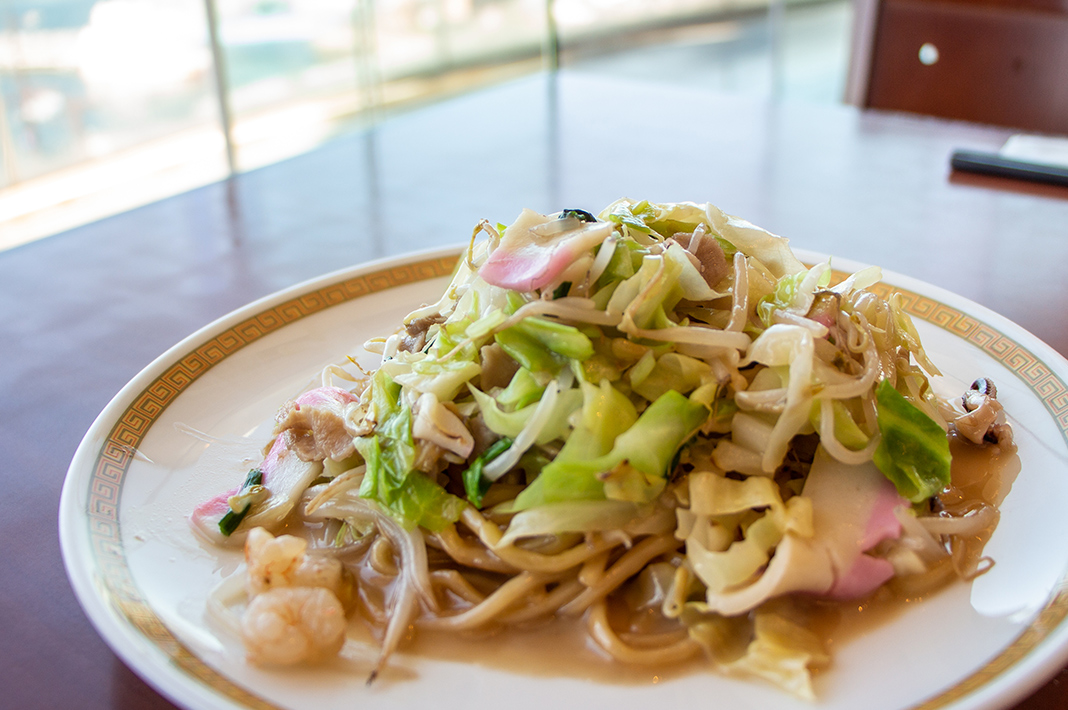 When it comes to regional dishes of Nagasaki, Champon wins the popularity contest hands down. It seems to have made the biggest impact nationally, in any case; you can find noodle cup and convenience store versions all over Japan. Coming in a close second for locals, though, is another noodle dish called Sara Udon. Literally meaning “plate noodles”, this dish has similar ingredients to Champon but is a wonder all of its own. Within my first hour of exploring Nagasaki, a few Japanese people stopped me for a chat—a fairly unusual occurrence—and told me I simply had to try this dish.

What is Sara Udon?

Sara Udon is another Chinese-influenced dish, essentially a stir-fry on noodles. The stir-fry ingredients are similar to Champon, but there are way less of them, so to me, it feels slightly more refined. There’s cabbage, bean sprouts, pork, prawns, squid and kamaboko (fish cake). The sauce is a chicken/pork broth base with starch and seasonings like oyster sauce, sesame oil, soy sauce and Chinese spices.

Walking around town, you’re apt to notice there are two kinds of Sara Udon—crunchy noodles and soft noodles. In the former, thin noodles are deep-fried until crunchy, put on the plate and topped with the stir-fry, mimicking Cantonese-style Chow Mein. The second version features thick egg noodles (also used for Champon) which are stir-fried together with the meat, vegetables and sauce.

You can read the rest of the article at this link. This article was first published by Team JJ on January 13, 2021. Check here for deeper and unique insights into visiting Japan, including wellness, travel, cuisine and more. Follow on Instagram @japanjourneys.jp, and on Facebook at this link!