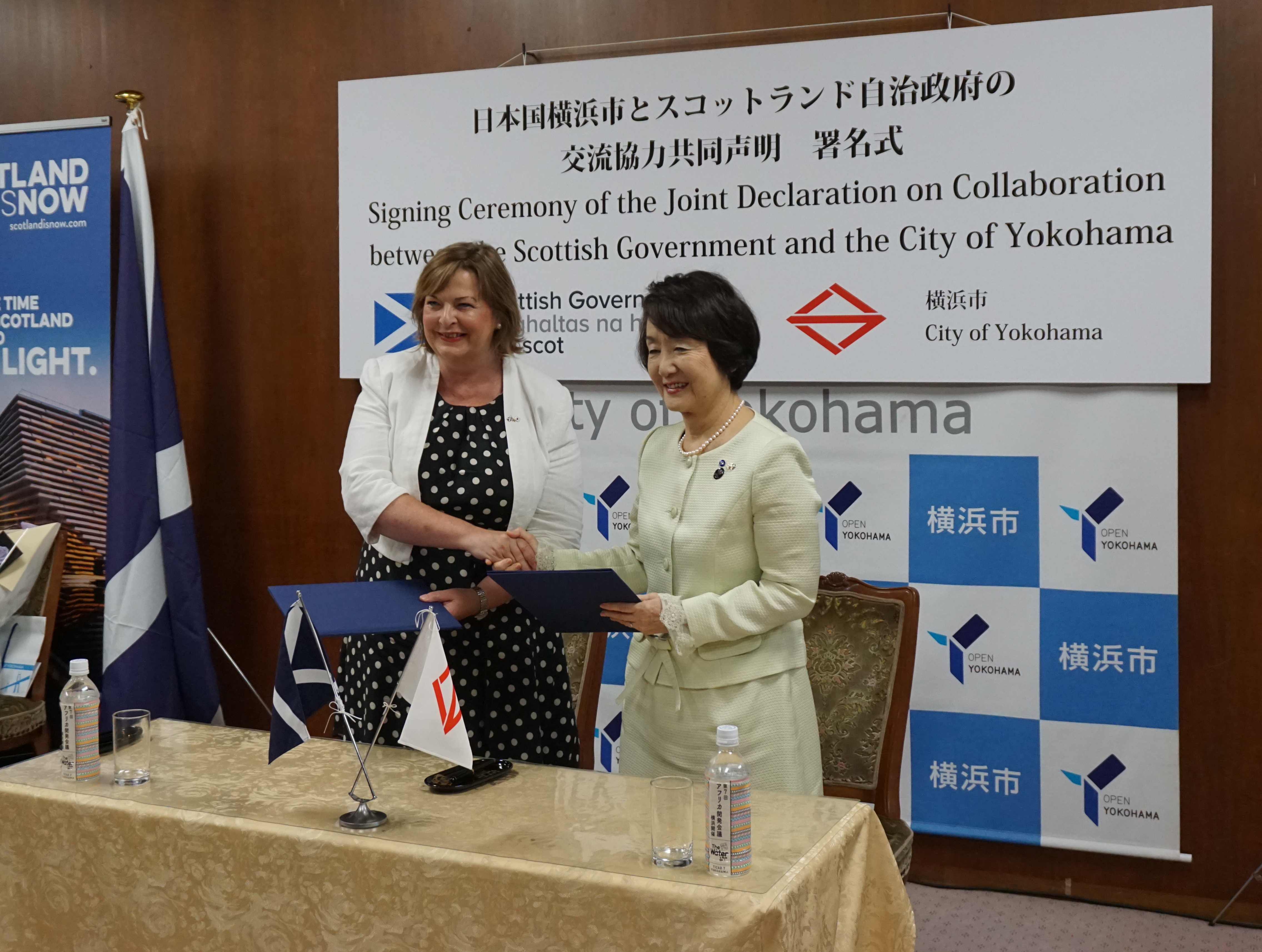 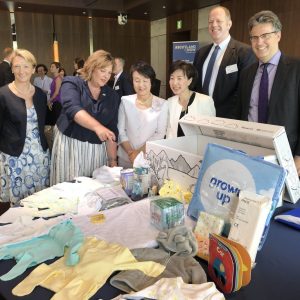 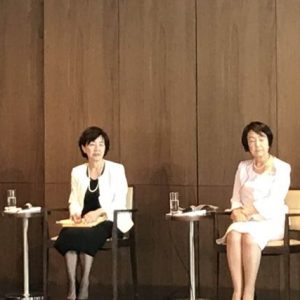 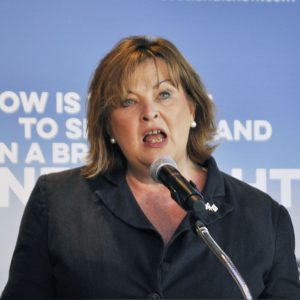 In early July, Scottish Culture Minister Fiona Hyslop paid a three-day visit to Japan. The purpose of her trip was to showcase Scotland’s international ambitions on different fronts, and demonstrate the variety and proactivity of Scotland’s efforts on the world stage.

Events included a seminar discussing diversity and inclusion in Scotland and Japan. Organized by the British Chamber of Commerce, the seminar’s esteemed panel included Yokohama Mayor Fumiko Hayashi, International Conference of Women in Business founder Kaori Sasaki, and Fiona Hyslop herself. It was also an occasion to display the newest initiative of the Scottish government regarding welfare and to discuss the benefits of gender inclusion both in politics and the economy.

Taking heed from their Finnish counterparts, the Scottish government has started providing baby boxes to all women in Scotland who are expecting. Its goal is to distribute items necessary for childcare, regardless of socio-economic background.

A highlight of the seminar was the July 4 signing of a joint declaration of cooperation between the Hyslop and Yokohama Mayor Hayashi. Hyslop and Hayashi had met each other in 2017, but on this occasion Hyslop declared, “I believe there is scope for even closer cooperation.”

Yokohama, Japan’s main port city of 3.7 million people, is set to host the 2019 Rugby World Cup. The promotion of sports is one of the areas in which Yokohama and Scotland have agreed to increase their mutual commitment, along with education, culture, and marine industries.

An interesting turn of events came in the lecture held at Yokohama National University regarding Scotland’s international ambitions. In 2014 Scotland voted “no” in the independence referendum from the UK. Then, in 2016, most of Scotland voted “remain” (in the EU) in the Brexit referendum. Ultimately, the overall UK vote supported the opposite result that is set to have the UK leave the European Union in March 2019. Given the history of Scotland’s votes, people following Scottish politics were waiting this lecture with anticipation.

With regard to the minister’s stance regarding Brexit, Hyslop stated defiantly, “It is essential, if the UK is to leave the EU, that Scotland can protect our environmental standards, our fisheries and our agricultural interests and our university research.”

Her statement made the point of setting Scotland apart from the line presented by the British government. With a resounding Scottish “remain” vote on Brexit, it was clear from Hyslop words that, going forward, Scotland is going to try to safeguard its own interests as the Brexit negotiations proceed.

The Scottish minister’s Japan trip concluded with a tourism networking lunch at the British embassy. It featured speakers from Creative Scotland and Visit Scotland, promoting tourism and cultural exchanges between the two countries. Of particular note was an announcement regarding the annual Ricca Ricca performing arts festival for children and young people held in Okinawa in late July. Creative Scotland announced that the 2018 festival would focus on Scotland, and four productions from the Scottish isles made their way to Okinawa.

Over the three-day visit, Scottish representatives illustrated the various ways in which Scotland is striving to differentiate itself from England in sectors such as culture, politics, and the economy.

It remains to be seen whether Scotland’s international ambitions will be fulfilled in the light of Brexit. In the meantime, however, one thing is certain: once again Scotland has left an impact on Japan.