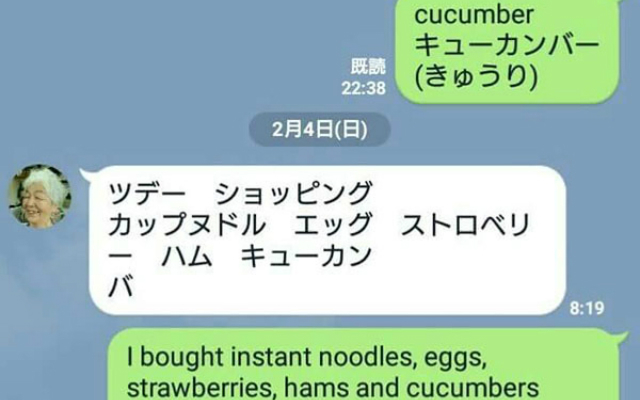 Omotenashi is a Japanese word which is being thrown around a whole lot in the run up to the 2020 Tokyo Olympics. Omotenashi means hospitality, the idea that you will give guests the best welcome possible, attending to all their needs without expecting anything in return. It’s a very Japanese concept, and for the Olympics the government want everyone to take their usual omotenashi into overdrive and show the whole world that nobody welcomes visitors better than Japan.

While we expect service workers and transport staff to be preparing their communication skills for the influx of foreign visitors, the upcoming Olympic games has also had a profound effect on ordinary citizens.

A particularly heart-warming example is this 90 year old woman who is learning English one word at a time in order become a volunteer at the Tokyo games.

She enlisted the help of her granddaughter who pledged to send one English word a day using messaging app LINE. Thinking that other people may enjoy their cute exchanges, she uploaded screenshots of their conversation to Twitter (@Grandma_English).

She sends the English spelling, then a pronunciation guide using katakana, the Japanese character system that is used for foreign words. It seems the grandma cannot type in English letters yet so she uses katakana to reply with her English answers. The granddaughter then corrects the sentence and gives some extra vocab. 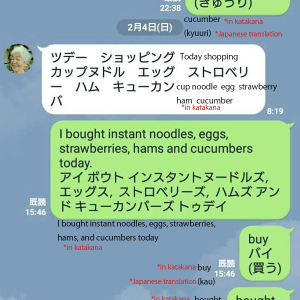 The rest of the article can be viewed on our partner’s website, grape Japan at “Japanese Grandma Learning English One Word a Day to Help Out During the Tokyo Olympics“

Editorial: On to Tokyo Olympics!