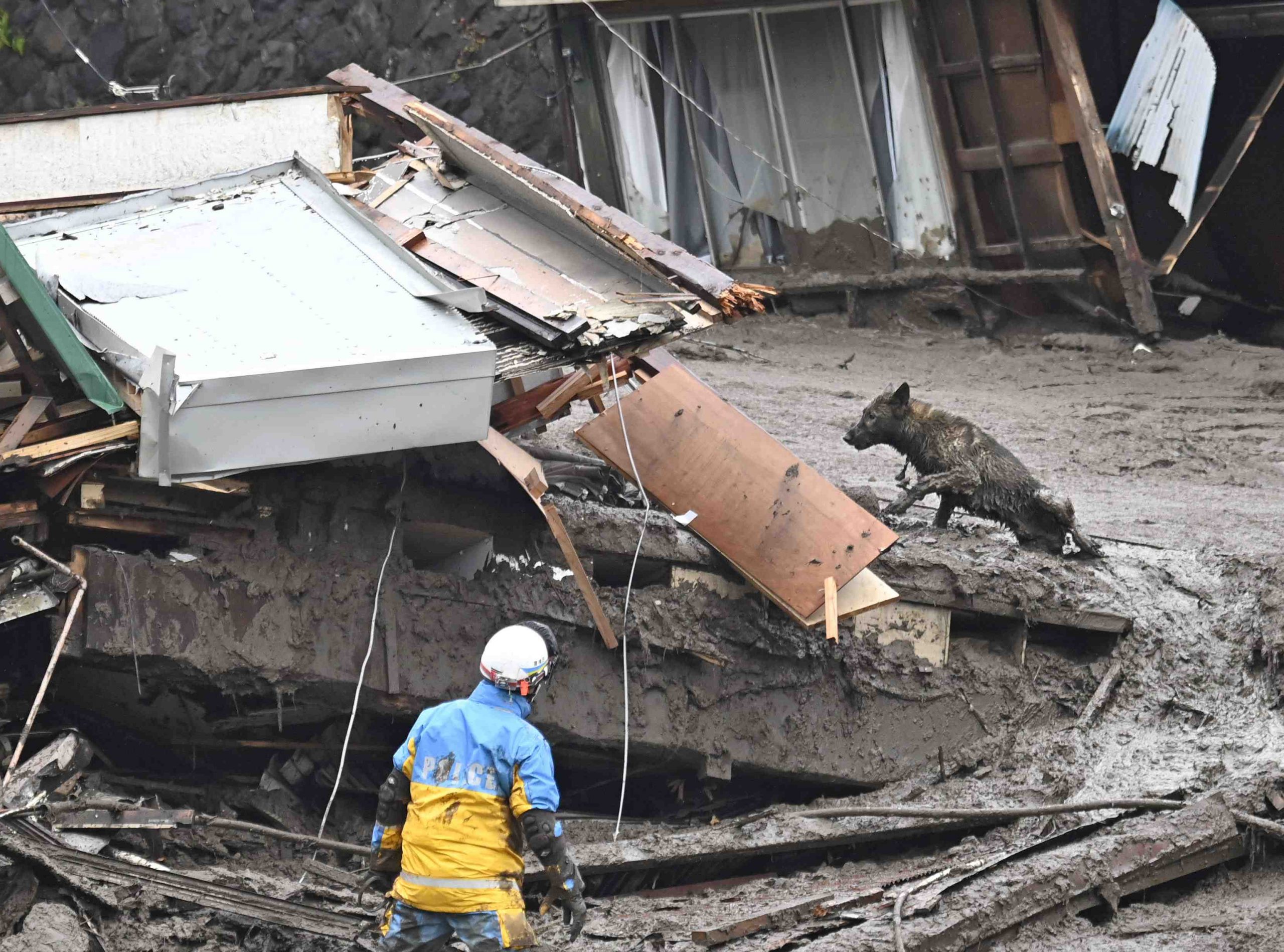 July 5 brought the sad news of another death confirmed by the rescuers who are continuing their efforts in Atami, following heavy rains and flooding over the weekend of July 3.

One woman, 82-year-old Chiyose Suzuki, was confirmed deceased by cardiac arrest. This brings the total body count due to the landslide in Atami to four people.

RELATED: Heavy Rains: Rescue Underway in Shizuoka after Landslides Cause Death and Injuries

In the searches on July 5, two other people were found alive and without injuries, adding up to about 25 people who have been rescued in the disaster.

The authorities are currently in the process of confirming the whereabouts of 215 residents who lived in the area affected by the landslide and subsequent flooding. Of this group, the status of 135 people has been confirmed, with about 80 people still left unaccounted for, according to NHK National Broadcast Network as of the evening of July 5.

The bottleneck for reaching people seems to be the lack of personal information. In order to confirm the whereabouts of residents, Sakae Suzuki, the mayor of Atami City, confirmed in a meeting with Heita Kawakatsu, the governor of Shizuoka, that local authorities plan to publish the name of missing persons in order to facilitate locating them.

The Shizuoka governor also visited the location, commenting to the media: “Due to the mud, people involved in the rescue can’t use machines, which means that people are working hard by doing the heavy lifting.”

Meanwhile, the area continues to be on a high state of alert. About 35,000 people have received the highest level of alert warning, and have been advised to move to a safe place due to fear of further landslides. The supply of water and gas is still interrupted for many homes.

The local authorities have already started an investigation into the causes and assessment of the extent of damage to the area. According to early footage captured with a drone over the area, the landslide of concern is estimated to be about 100,000 cubic meters of mud.

The starting point of the landslide was estimated to have been the top of the slope where a road had been built, a particularly vulnerable area where water tended to accumulate. In addition, the area was also where displaced soil was stored for a development project, said an NHK report on July 5. The stored soil is estimated to account for about half the mud that was washed downstream.

The situation appears to have been exacerbated by the overflowing of the nearby Aizome River, as the water moved along the mud that was already collapsing the mountainside. Those on the ground who witnessed the landslide reported that there were several large waves of mud and water.

A preliminary investigation has raised the possibility that the construction of solar panels in a nearby area might have contributed to destabilizing the soil in the area.

Regarding this point, Shizuoka Governor Kawakatsu commented, “From the information available, I gather there is no direct relationship between the [landslide and] mega solar panels nearby. However, it’s a reality that [the panels] are an installation which might have affected the course of the river upstream. Therefore, as soon as possible I plan to visit the location myself to assess the situation.”

Unfortunately, this flood was not an isolated incident. Heavy rains had been drenching the whole of Central and Western Japan since the previous week, prompting widespread warnings, even in other parts of the Kanto region, such as Yokohama and Hakone.

Hakone experienced record levels of rain, with several roads closed and nearly all public transportation put on hold for most of July 3, while the effects of the heavy rainfall were examined. Due to the high risk of landslides, some hotels deeper in the mountains were closed.

The destructive weather comes during what is commonly called the “rainy season” in Japan which, for the last five years, has been accompanied by at least one major flood per year, especially in the Western Japan and the Kyushu area. In 2018, there were 791 landslide episodes, and in total 12 people died following the rainfall in Western Japan.

This is a particularly worrying figure if we consider that based on a survey conducted by the Ministry of Land, Transport and Infrastructure in 2019, about 640,810 locations around Japan are estimated to be at risk of damage due to landslides, based on the contours of the land and history of the territory.

As early as Wednesday July 7, heavy rains are set to hit Western Japan again. This time, many areas will be in a state of high alert.

Serena Landers contributed to this article.