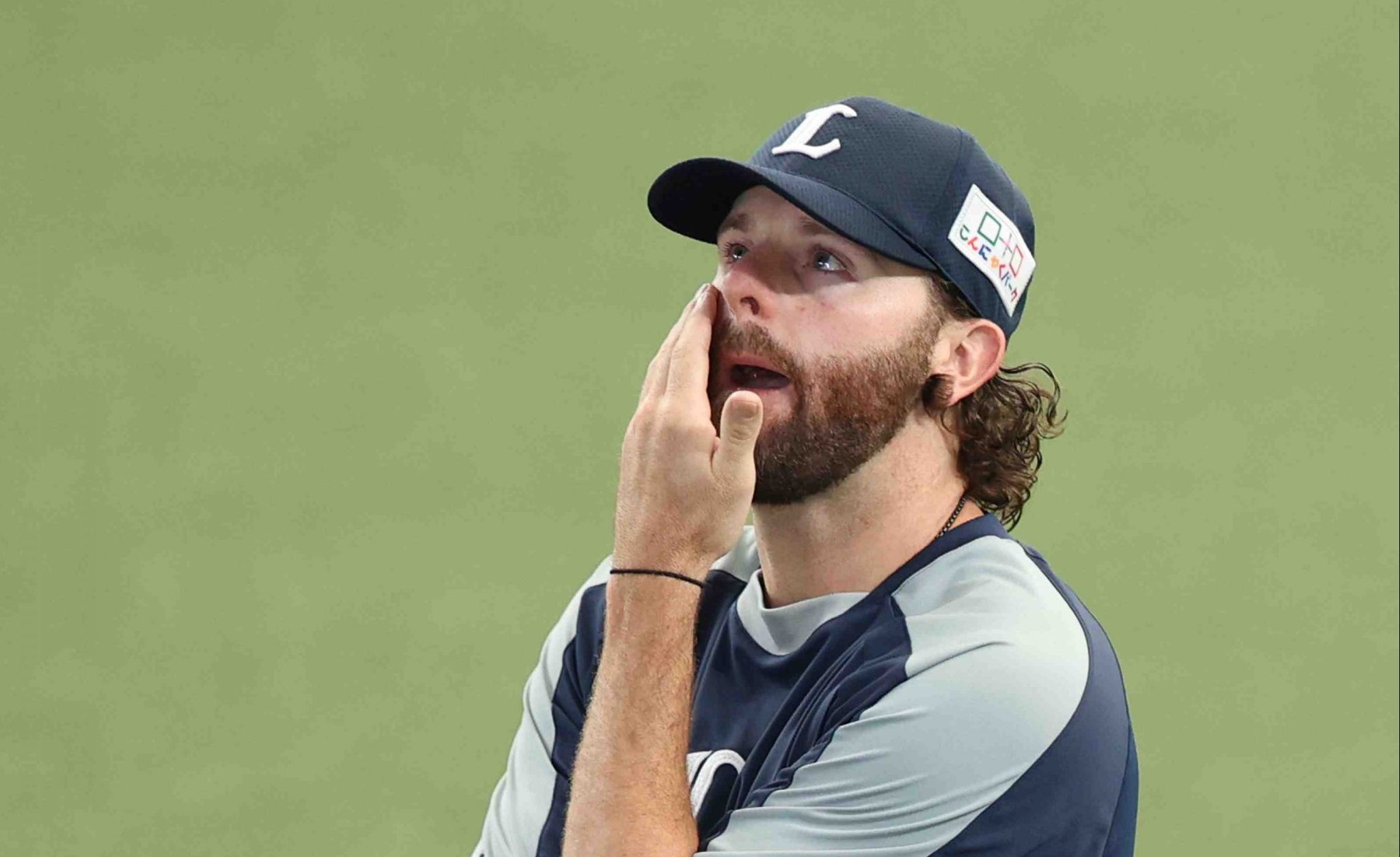 The Saitama Seibu Lions had a surprise for the foreign players on the team, who, due to the coronavirus, are competing while unable to see their families.

During the pre-game practice on Father’s Day, June 20, their teammates and family members were shown on the large screen at the back of the field. Zach Neal, Reed Garrett, and Matt Dermody were seen in the outfield with surprised expressions.

The pictures and messages of encouragement brought tears to Neal’s eyes.

Neal started the game against the Chiba Lotte Marines on that day. He pitched strongly for 5⅔ innings, allowing four hits and two runs. But with neither team winning, he showed his frustration after yielding a run-scoring hit at a crucial moment.

About the surprise, he said that “it was touching, and it turned into a special day for me. I wanted to win.”

Shuji Ozaki is a photographer for the Sankei Shimbun.