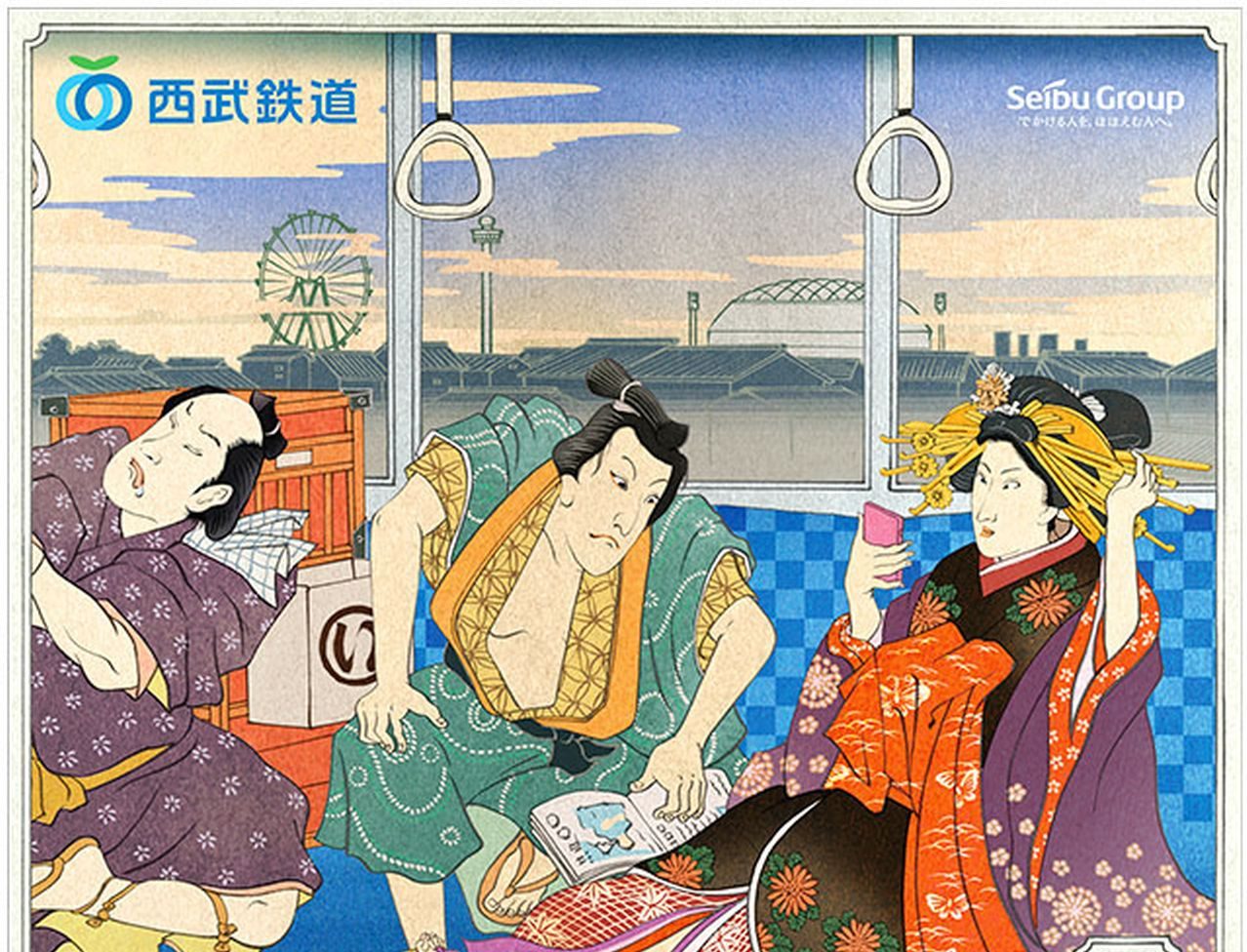 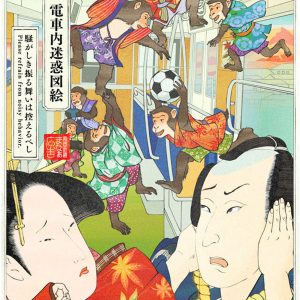 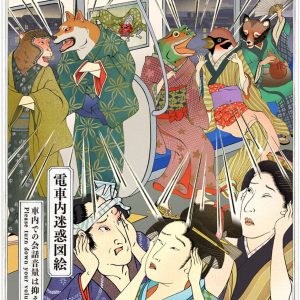 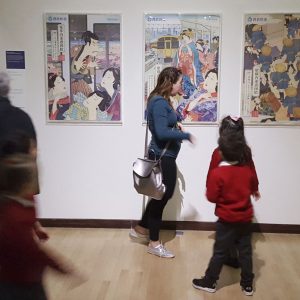 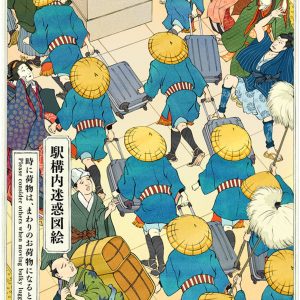 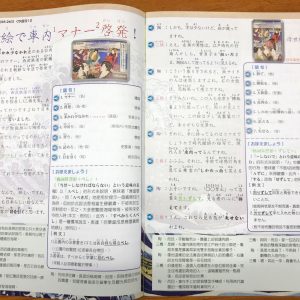 In 2016, Seibu Railway released a series of posters, which it displayed inside its trains and on platforms. An instant hit, they have become so popular, they have made their way abroad.

Drawn by illustrator Takahiro Hidowaki, the posters depict ukiyo-e-like manga in modern day situations to entice passengers to be considerate of their fellow train commuters.

One image shows a woman wearing a bulky kimono and playing with her hair. The twist is that she is holding a cellphone and is sprawled luxuriously on the train seats, occupying more space than she should, with three people showing exaggeratedly anguished faces in the foreground. The caption reads: “Please let others sit comfortably.”

The Edo-era inspired pictures are humorous and beautifully drawn, and have become a hit with people visiting Japan. When the posters came out, foreign passengers even inquired if it was possible to buy some of the posters as merchandise.

With more people noticing, the posters have now also become a hit abroad. As recently as March 20-22, 2019, the Victoria and Albert Museum in London exhibited the posters in an effort to showcase the harmony between the traditional and the modern.

A company in Taiwan has also found another use for the posters — putting them in Japanese language textbooks.

The person who came up with this stroke of marketing brilliance was Konomi Yamamoto, who works in the Customer Service section of Seibu Railway. When asked about the success of his idea, he simply commented: “I was trying to entice foreign tourists.”

Yamamoto continued, “The reaction was incredible, I was really surprised!”