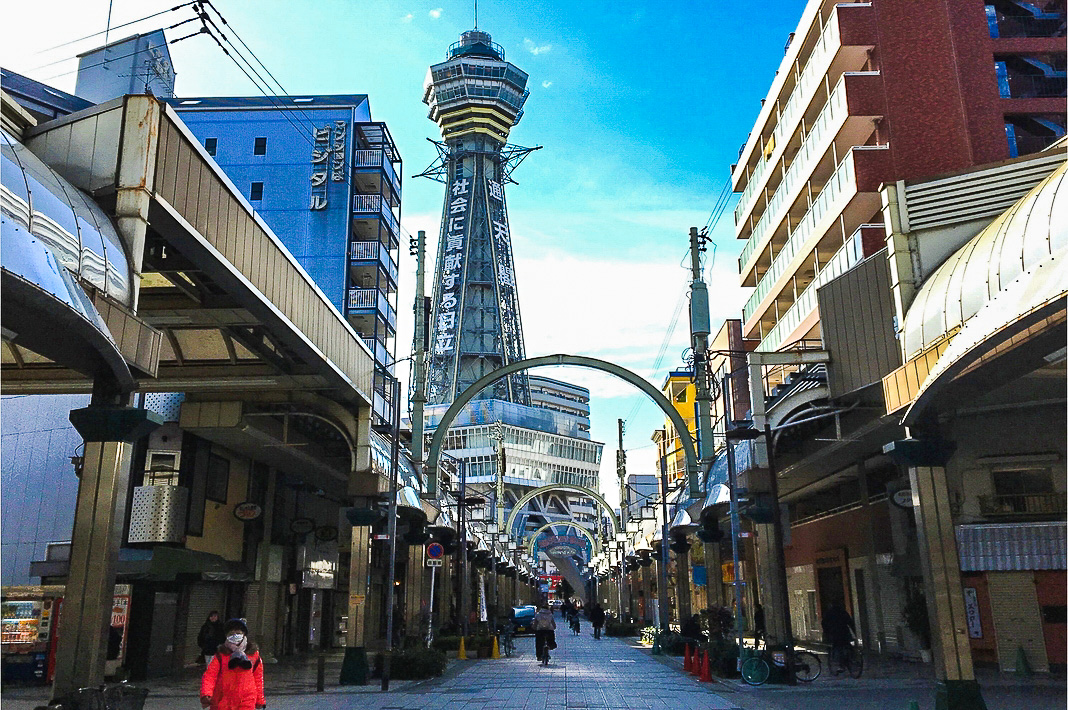 Despite Tokyo being known for its blend of old and new Japan, Osaka is just as dynamic a modern city as its big sister is.

Turn any corner in Osaka and you’re in danger of falling into an entirely different world, time, and culture.

It’s fitting, in that case, that one of Osaka’s most infamous districts is known as Shinsekai (new world).

The History of Shinsekai District

The neighbourhood has remained largely untouched since World War II, giving Shinsekai a rather iconic vintage aesthetic in its streets and architecture.

There’s a feeling, in Shinsekai, of returning to a Japan that was still transitioning from Edo to modern day. This makes the district unlike anything else found in Osaka.

A Walking Tour of the Shinsekai District

A walking tour of Shinsekai and its surrounding landmarks reveals a dynamic and varied history of Osaka that many visitors to the city sadly overlook.

Stand at the neighbourhood’s northeast corner and you’re in view of both the Tsutenkaku observation tower and Shitennoji – Osaka’s (and one of Japan’s) oldest Buddhist temples. This dynamism makes Shinsekai a truly exciting place to explore on foot.

(You can read the rest of the article at this link. This article was first published by Team JJ on January 6, 2022. Check here for deeper and unique insights into visiting Japan, including wellness, travel, cuisine and more. Find us on Instagram and on Facebook.)