This Taiwanese Centenarian Wants Back His Lost Japanese Nationality 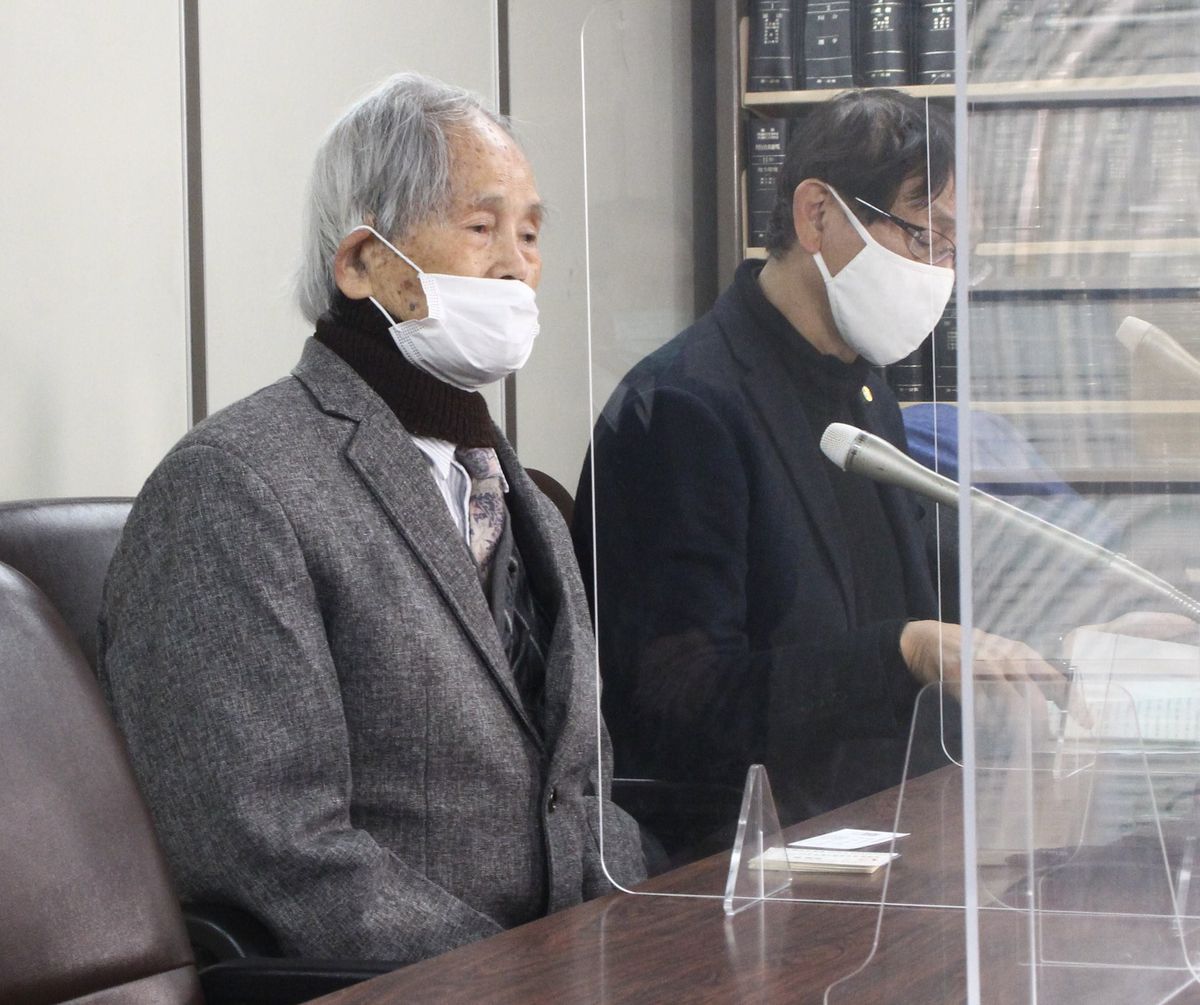 A 99 year-old Taiwanese man, Yo Fukusei (Yang Fu-cheng in Chinese) was born and raised in Taiwan during Japan’s colonial rule. He has unsuccessfully attempted to restore his Japanese nationality, which is thought to have been lost after the end of World War II.

Mr. Yo has just turned 100 years old, but he is still determined to continue his fight in court, stating: “Through this lawsuit, I want people to become aware of how the Taiwanese felt about Japan.”

Imprisoned for His Career as a Civilian Military Employee of Japan

Mr. Yo was born in 1922 in the Old Tainan Prefecture of Taiwan, to parents with Japanese citizenship. His Japanese name is Michiru Ooi.

His elementary education was taught mainly in Japanese, and he went on to study at the former Kagi Agriculture and Forestry Public School (currently the National Chiayi University). The university was known for its baseball team that claimed second place in Japan’s national high school Koshien tournament by representing Taiwan.

After graduating, Mr. Yo started working for the agriculture and forestry division of the colonial government of Taiwan. But in 1943 he saw an ad for a military civilian employee for the Imperial Japanese Army, and applied for the job.

He successfully landed the very competitive position, for which the odds of passing were around 1 out of 20. He was assigned to the Japanese Seventh Area Army’s supply division and was in charge of securing food supplies in Singapore.

After the War’s End

When the war ended, he was discharged and returned to Taiwan to work as an agricultural and forestry engineer and a newspaper journalist.

However, during that time in Taiwan former president Chiang Kai-shek’s Nationalist government from mainland China carried out a political repression called the “White Terror,” which targeted intellectuals who had been educated under Japanese rule. Because of his past career as a civilian military employee for Japan, Mr. Yo also fell under suspicion of being a nonconformist and was imprisoned for seven years.

Although Mr. Yo was again placed under surveillance by the authorities as a political criminal after being released from prison, he engaged in teaching the cultivation of new agricultural products, such as asparagus and mushrooms, and he worked hard to restore agriculture-based rural areas.

After devoting himself to researching fertilizers and compost as an assistant to a Japanese researcher who was invited to Taiwan, Mr. Yo violated Taiwan’s national interdict at the time and traveled to mainland China. There, he taught advanced farming methods to farmers in various regions. For over a quarter of a century he contributed to the modernization of Chinese agriculture.

“I was born and educated as a Japanese, and fought with my life in a war for Japan’s survival,” Mr. Yo stated.

Looking back on his life at the mercy of history, he continued, “Even when I was engaged in teaching agriculture in mainland China, I never once forgot that I am a Japanese citizen.”

Why did a Taiwanese man like Mr. Yo, who prides himself as being Japanese, end up losing his Japanese nationality against his will?

To begin with, we should ask what led the Taiwanese people and their offspring to become Japanese nationals.

China, under the Qing Dynasty, ceded Taiwan to Japan with the signing of the Sino-Japanese Peace Treaty in 1895. However, after World War II in 1952, when the San Francisco Peace Treaty took effect, Japan renounced its territorial rights to “foreign lands” like Taiwan and Korea.

In December 1962, the Japanese Supreme Court ruled that Japanese nationals of Taiwanese descent had lost their citizenship when the Japan-China Peace Treaty between Japan and the Republic of China (Taiwan) went into force in 1952.

Three Taiwanese men including Mr. Yo, requested reconsideration of these past Supreme Court precedents in their lawsuit.

The complaint stated that the Japan-China Peace Treaty does not specify where Taiwan’s sovereignty has been transferred. The three plaintiffs stipulated that if a country gave up its territorial rights as well as sovereignty over its people, it would result in creating stateless people.

The complaint also argued that to deprive a person of his or her nationality without his or her consent is in violation of the Universal Declaration of Human Rights.

Yet on January 11, the Tokyo District Court pointed out that, “changes in nationality due to a change in territorial rule are generally determined by a treaty.” It went on to note that Taiwanese people were clearly distinguished from “inlanders” who lived in Japan proper, in terms of application of laws and regulations and family registration.

Finally, it stated that the loss of citizenship due to the renunciation of territorial rights is a “reasonable interpretation” of the peace treaty, and that the “constitution itself authorizes” the deprivation of citizenship without the consent of the individual.

Mr. Yo and his colleagues were disappointed with the verdict and intend to file an appeal. At a press conference after the ruling, Mr. Yo, who was concerned about the lack of interest in issues pertaining to Taiwan among Japanese people, said:

He remarked, “Before we knew it, we had lost our nationalities and had become an ‘abandoned people’ and were severely bullied by Chiang Kai-shek’s military. Please educate yourselves more on the history of Taiwan.”

RELATED: [Mythbusters] Naomi Osaka Doesn’t Need to ‘Give Up’ U.S. Citizenship to Play for Japan