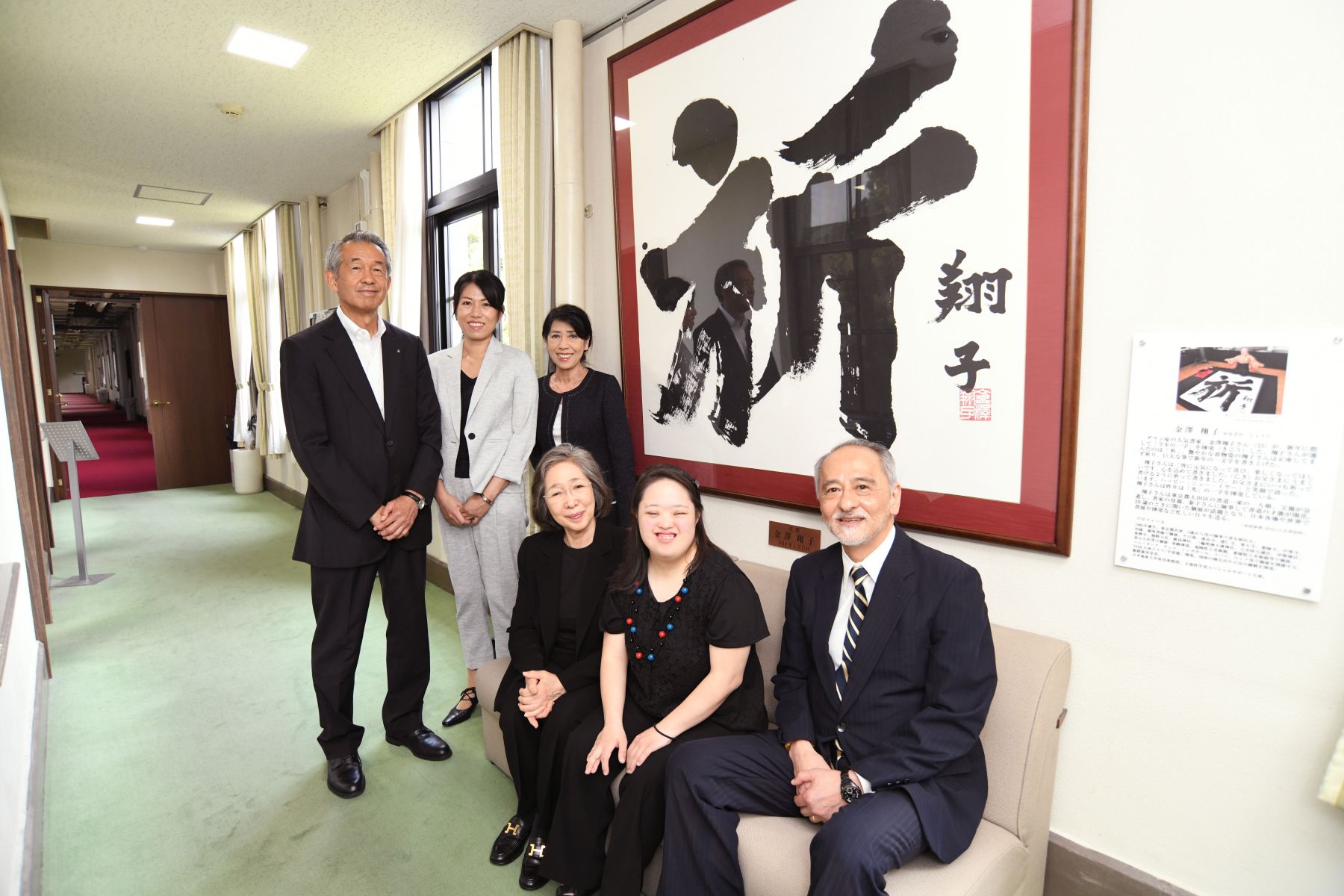 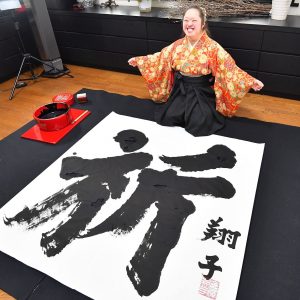 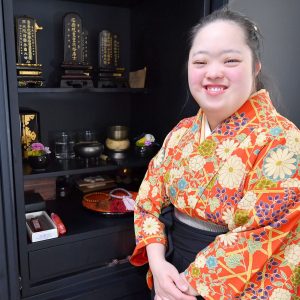 Shoko Kanazawa, an acclaimed calligrapher who has Down syndrome, recently received a letter of appreciation from Kumamoto University in Kumamoto City for gifting the university with her 2019 New Year kanji calligraphy, inori or “prayer.”

“Kumamoto University suffered from the Kumamoto Earthquakes three years ago and we are still in the process of rebuilding,” said the university’s dean, Shinji Harada, 69, who handed Shoko the letter of gratitude and souvenir on July 8.

“Shoko’s powerful character, inori, encourages us immensely. Thank you for gifting us with this marvelous calligraphy,” the dean added.

More than 270 people fell victim to the series of Magnitude 7 earthquakes which occurred in April of 2016. Numerous quakes continue to threaten Kumamoto, as another one rattled the region on January 3, 2019, when Shoko was working on writing the inori character.

Shoko and her mother Yasuko say that they are praying for the earthquakes to calm down and the affected areas to be restored as soon as possible.