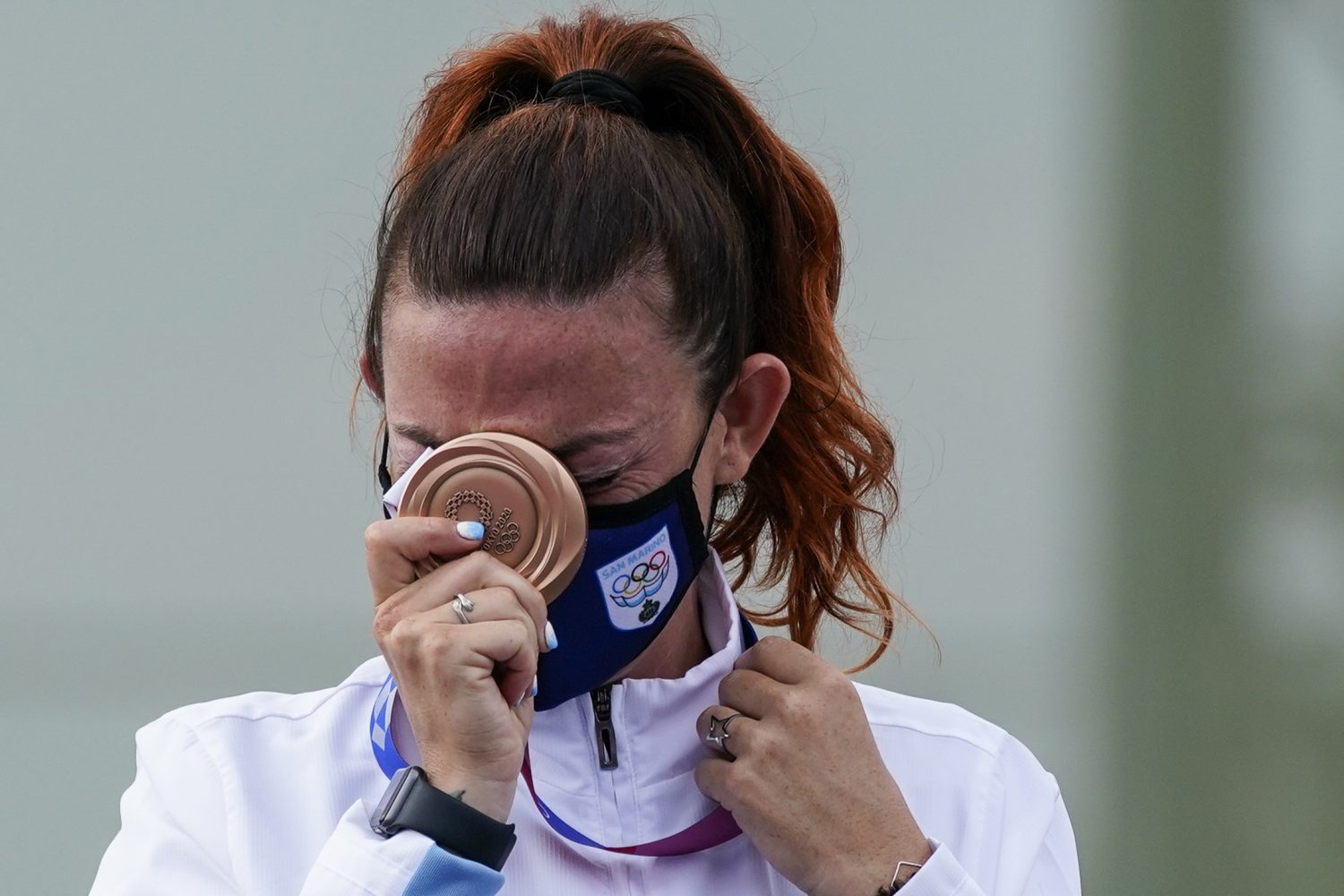 San Marino's Alessandra Perilli, who captured the bronze medal, jubilates after the women's trap event at the Asaka Shooting Range on July 29 in Tokyo. (AP/Alex Brandon)

San Marino’s Alessandra Perilli won the country’s first-ever medal in the women’s trap shooting event on Thursday, July 29 at the Asaka Shooting Range, taking home the bronze medal. San Marino is now the smallest country (with a population of about 34,000) to have earned an Olympic medal.

Stefecekova claimed silver in the same event at the 2008 and 2012 Olympics. During the qualification round for this Games, she broke world and Olympic records by hitting all 125 targets.

Perilli, 33, came close to earning the distinction of being the first medalist from her country during the 2012 London Games, when she came in fourth after missing in a shoot-off to resolve a three-way tie for second. One of the two who beat her was Stefecekova.

“During the final, when the fifth shooter went out, I thought, I don’t want to be one more time in fourth place, so I have to make it,” Perilli said after the event, according to Olympics.com.

“This isn’t my first Olympics but this is the first medal for me and for my country. We are a small country but very proud.”

Sandra Bernal of Poland, first in the most recent world rankings, didn’t make it past the qualification round, and neither did Japan’s Yukie Nakayama.

The Czech Republic dominated the men’s event, with both the gold and silver medals going to the country. Jiri Liptak and David Kostelecky, the gold-medal winner in 2008, were tied after the 50 shots, and the competition went into a shoot-off. Liptak, 39, nabbed gold when Kostelecky, 46, missed his seventh shot.

Liptak and Kostelecky, both born in Brno, Czech Republic, hugged and sat down together when the match ended with the missed shot.