Sitting in Heian Shrine Garden After More Than 50 Years, and Other Reflections on Japan 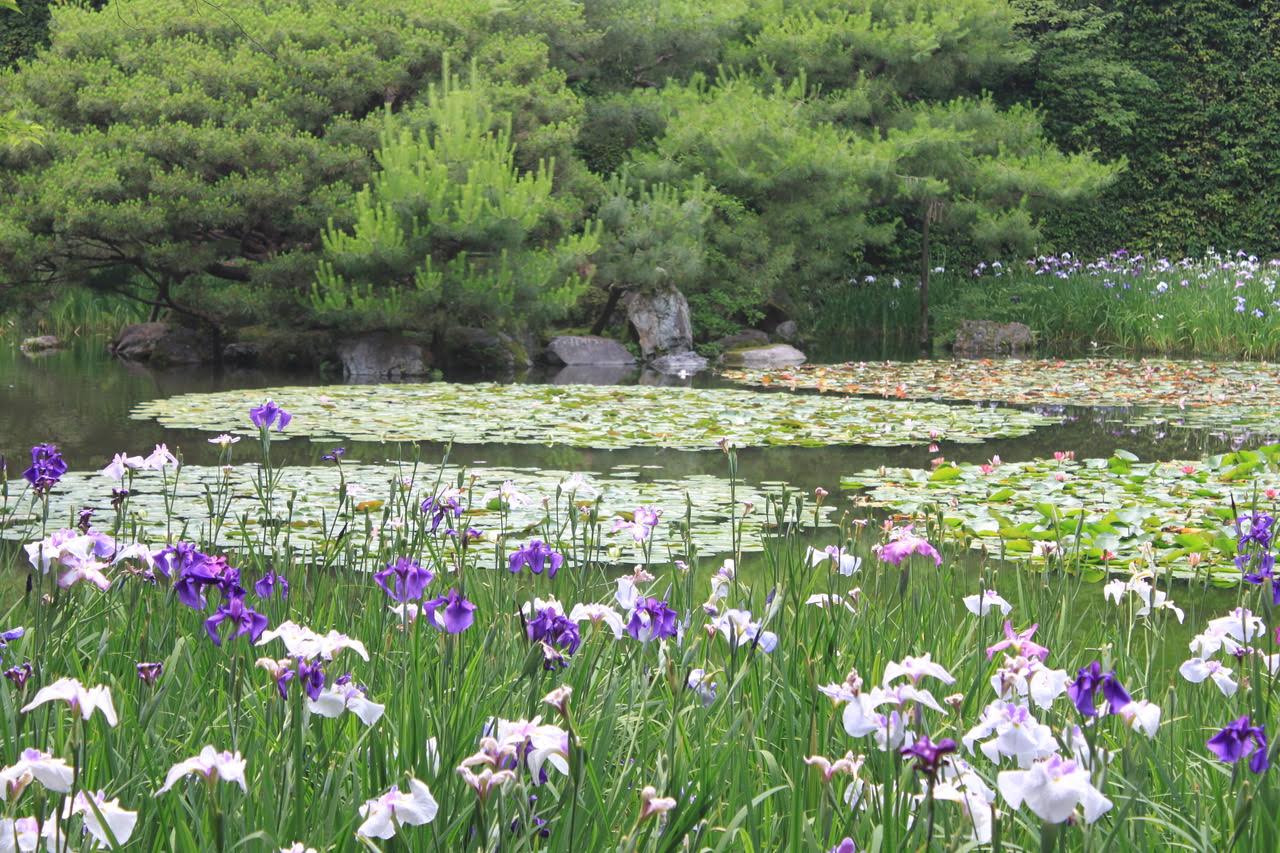 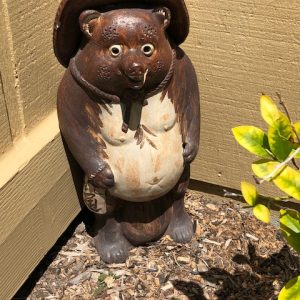 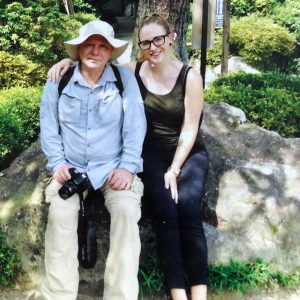 In the summer of 2015, I joined two colleagues and 22 students on a two-week trip to Japan. I was then dean of students and a literature teacher at Head Royce School, an independent K-12 school in Oakland, California. I have since retired, but will return to teach just my Japanese Literature and Culture course in the spring of 2019.

This, however, was not my first time in Japan, nor even my first trip leading students. What made this trip special, though, was that my 28-year-old daughter—whose only previous encounter with Japan had been when she was seven months old—was accompanying us. She had always wondered why Japan was so close to me, why culturally I was Jewish, but philosophically and spiritually I was so clearly a Buddhist, and why I valued kindness and service to others so deeply.

One of the great moments of my life occurred deep into the trip, as I sat in the Heian Shrine garden in June, surrounded by a joyous bloom of irises. She quietly walked up, sat down next to me, and told me she finally understood my love of Japan, and that she felt it as well. The tears of joy leaking out of me were partly because of that moment in 2015, but also because I had sat in that exact spot, on pretty much that exact date 53 years earlier, and felt that I was in heaven both times.

I had the good fortune of being the son of a professor of mathematics and statistics at the University of California, Berkeley. He was a man who believed in immersing his children in new cultures whenever he went around the world on sabbaticals. In the summer of 1962, when I was 13 years old, my father took our family to Japan. He was a visiting professor at Kyoto University, and I thought I would go to a Japanese school and live at home—as I had done in France on our previous sabbatical seven years before. Imagine my shock to learn that, due to my ignorance of kanji and the kanas, I would have to be in 2nd grade if we followed that plan.

I ended up at the Canadian Academy in Kobe, where I boarded four nights a week and came home to Kyoto on weekends. I vividly remember getting up on Monday mornings in an apartment without heat at 5:00 AM, walking out to get the bus at Kawaramachi and Imadegawa for Kyoto Station, the subsequent train ride to Sannomiya, where another bus would take a lot of us up the hill to school. It was particularly hard to get up in the winter. Our family plan was to stay well-bundled until bedtime, then get in the one-person ofuro, jump out, and within 15 seconds be under a very thick futon. This process, if successfully negotiated, kept each of us toasty until morning. But there were no tricks for getting up in below-freezing temperatures when it was really dark outside. I actually looked forward to getting to school because there would be steam heat!

Because Japan was so safe in 1962, my parents gave me free rein to explore all of Kyoto. I took public transportation to every temple, shrine, and garden anyone told me about, but one of my favorites was Kiyomizu-dera. I loved the views of Kyoto and the mountains, the old, apparently eternal buildings perched on the hillside, and the sense of accomplishment when I had made it all the way up to the top. Perhaps most of all, I loved the approach along a narrow street lined with food stalls and shops offering everything from “made-in-Japan” (it’s funny how that label has gone from meaning “cheaply made” to “top of the line/latest technology” in 50 short years) tchochkes to real art pieces. And, of course, in the wisdom of my 13 years, I was sure I knew the difference.

One day, as I was working my way up the street, I spied a treasure: a two-foot-tall ceramic tanuki. At that point I didn’t know that the tanuki was a real animal, but I did know about its mythic ability to easily enjoy life and I was inevitably drawn to the manifest attributes of this specimen—his nether endowment, his (clearly full) sake bottle, and his happy smile. I had to have it! I went in the shop and quickly discovered that I did not have enough money to buy it; in fact, I would have to save up my allowance for several weeks to afford it. Of course this steep price only confirmed my suspicion that I was dealing with a true work of art. What followed were weeks of anxiety. I was sure that other collectors would snap it up before I could get back there.

When I finally did get back to my tanuki, I was so overjoyed that it took a few minutes to realize I had another problem. This guy was heavy, and pretty awkwardly built for carrying. I am not a large person; moreover, the dealer insisted on wrapping him up, so the hole in his back was not available for gripping. I would have to walk to the bottom of the street in any case, but even then I couldn’t get a taxi as all of my funds, save bus fare, were now in the possession of the shopkeeper. I’m sure the sight of a small, young gaijin wrestling his prize through Kyoto amused many a local citizen, but I made it home. When my parents advised me that I would have to leave him in Japan when we eventually headed back to the States, I girded my skinny loins for the fight. Suffice it to say that the tanuki has been in every one of my back yards to this day.

In 1962, Japan was still getting used to the English language. It was also a period when Japanese manufacturers were making products similar to established American ones, and then closely copying the packaging of the American brands. For example, I remember enjoying a chocolate bar called Hersheys, with the name in the familiar block silver letters on a dark brown background. I bought some ice cream that turned out to be orange flavored, but couldn’t tell until I tasted it because the marketer who had designed the wrapping chose the wrong word to copy; the package said, “Navel Ice Cream.”

In the clothes section of a major department store I came across a rack of sweat pants with a large sign above: For Women and Fatties.

But my favorite English language experience occurred when I was traveling alone from Kyoto to visit my brother in Tokyo. I was in a train station, missing American food after nearly a year away from it, when I stumbled on an otherwise very Japanese food stall that proudly advertised milk shakes! I ordered one, then watched dumbfounded as the counterman calmly poured milk into a glass, put a lid over it, shook it vigorously, and set it in front of me. How could I complain? Was this not indeed the very definition of “milk shake”? My Japanese was nowhere near good enough to suggest the addition of ice cream and flavoring or the use of a blender, and, besides, the look of joy on the face of a man secure in the knowledge that he had just given this young American the beverage he most desired demanded a simple smile and a word of gratitude. Strangely, it turned out that the shaking improved the milk.

Japan has changed so much since then. For one thing, you can get a real milk shake in thousands of locations around the country. And there is logical, accurate English almost anywhere you go. But what I have noticed most over the years is a steady movement toward modern Japan and away from traditional Japan in the daily lives of the people.

In 1962, there were small, local shops everywhere, and the shopkeepers treated everyone with great politeness and respect, because they knew that was the language of social and business communication and that their customers would reciprocate in kind. Today, perhaps due to the enormous influx of tourists from countries where such “niceties” are not practiced, or to the desire of some of Japan’s youth to affect the indifference of youth in other parts of the world, I saw on the faces of Japanese we encountered on our recent tour both a lack of expectation that our students would be polite, and surprise when it turned out they were.

In 1970, when I had the enormous honor to have an audience with Baiko-sama (I had a grant to study Kabuki for a summer on my way to teach at the Chinese University of Hong Kong), my young Japanese friends were in awe of my luck in getting to meet a living national treasure. The young woman who came with me to translate was incredibly nervous, and to this day I’ve never heard that many honorifics in any language.

Today the young Japanese I know are far more interested in lacrosse (not a traditional Japanese sport) and the latest music or video trends. Don’t get me wrong. I love Japan. What I’m describing is a slow process rather than an abrupt shift. The values that have made me, that have been deep in me since I was 13, are alive and well in Japan, even if they are not always front and center.