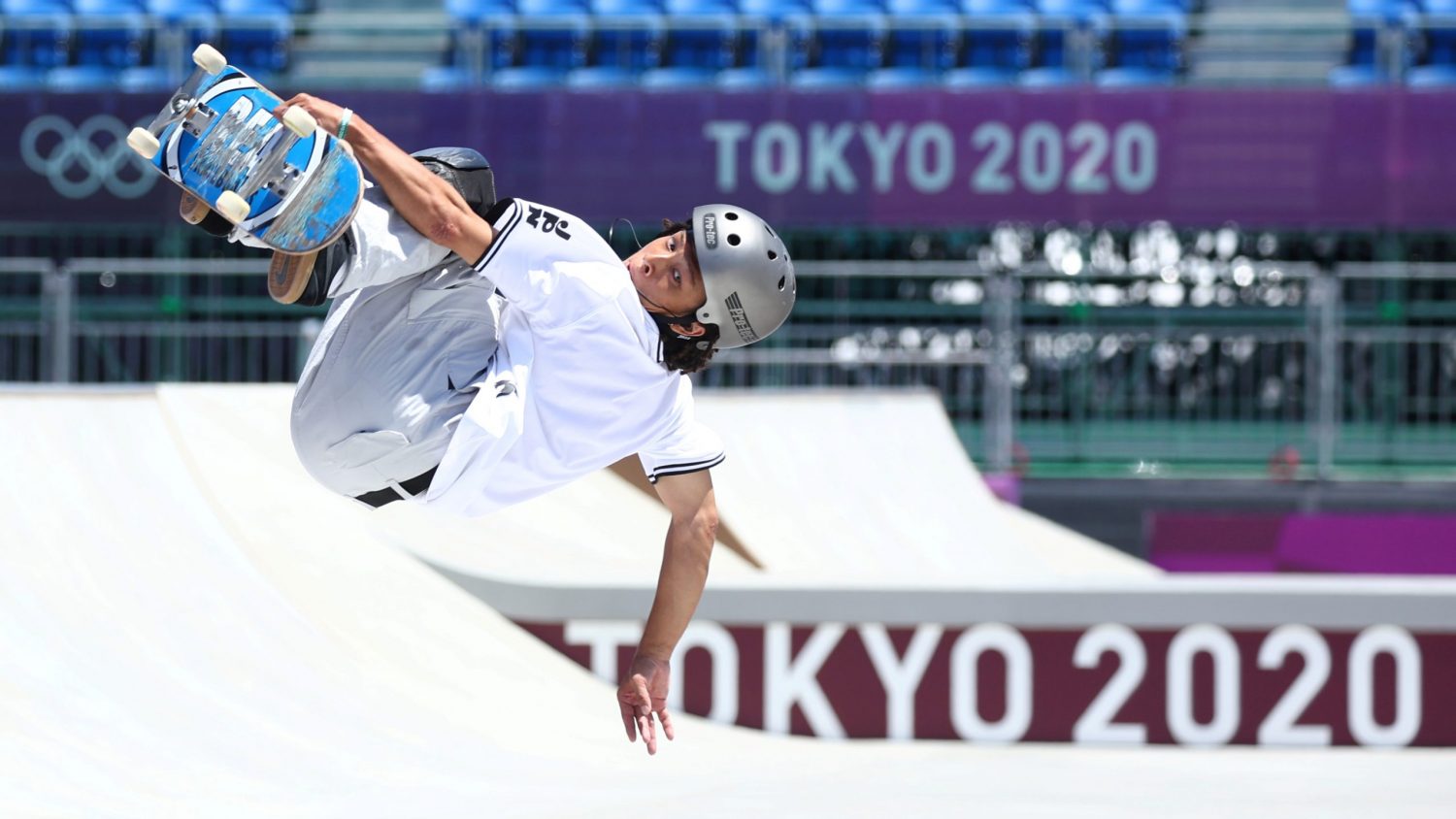 Skateboarding has brought many thrills to Japanese fans, and many had high hopes for the men’s skateboarding park qualifiers on August 5.

For Japan, the star at Ariake Urban Sports park was Ayumu Hirano, an unusual Olympic athlete who has also twice gained the silver medal in men’s snowboard halfpipe, in 2014 in Sochi, and in 2018 in Pyeongchang.

Hirano, however, failed to score high enough, finishing 14th in the qualifiers (only the top eight athletes continue to the final showdown).

Australia’s Keegan Palmer took the top spot in the final, scoring a stellar 95.83 on his third and final run. The 18-year-old Palmer breezed past the competition and delivered a fast-paced run filled with consecutive tricks performed with ease.

"It's an absolute honor to skate with my friends. I can't believe I'm here in Tokyo for the Olympics, skating with so many of my best friends from when I was little. And now we're all on the podium together, and it's an absolute honor," said Palmer to Kyodo News.

Niigata-born Hirano performed a 540 (a two-and-a-half times spin in the air) and an “air” trick in the qualifiers, but managed only a maximum score of 62.03. Then he fell before he could finish his third round.

The score was very far from the qualifying range in the men’s competition, and Hirano, who until Tokyo was ranked 25th in the world, didn’t make it to the final.

Speaking to NHK, Hirano reflected happily on the opportunity: “When I started this challenge three years ago, I never thought I would be able to stand here in front of everyone on this occasion [the Olympics] and compete. I would like to thank everyone who made this possible.”

Hirano will now be focusing on preparation for the Winter Olympics, set to take place in February 2022 in Beijing. “I want to focus on snowboarding from now one. There is less than six months now, so as far as my preparation is concerned, the challenge starts now,” the 22-year-old said.

With the men’s park final, skateboarding’s Olympic debut ended in its run in Tokyo. Known as a popular sport in the United States, Brazil, and Australia, the real stars have been Japanese athletes, who received medals in three of four available categories.

In street skateboarding, Yuto Horigome and Momiji Nishiya won gold in the men’s and women’s category respectively, and Nishiya is only 13 years old. In the women’s park final, Sakura Yosozumi captured the top spot, and 12-year-old Kokona Hiraki came second.