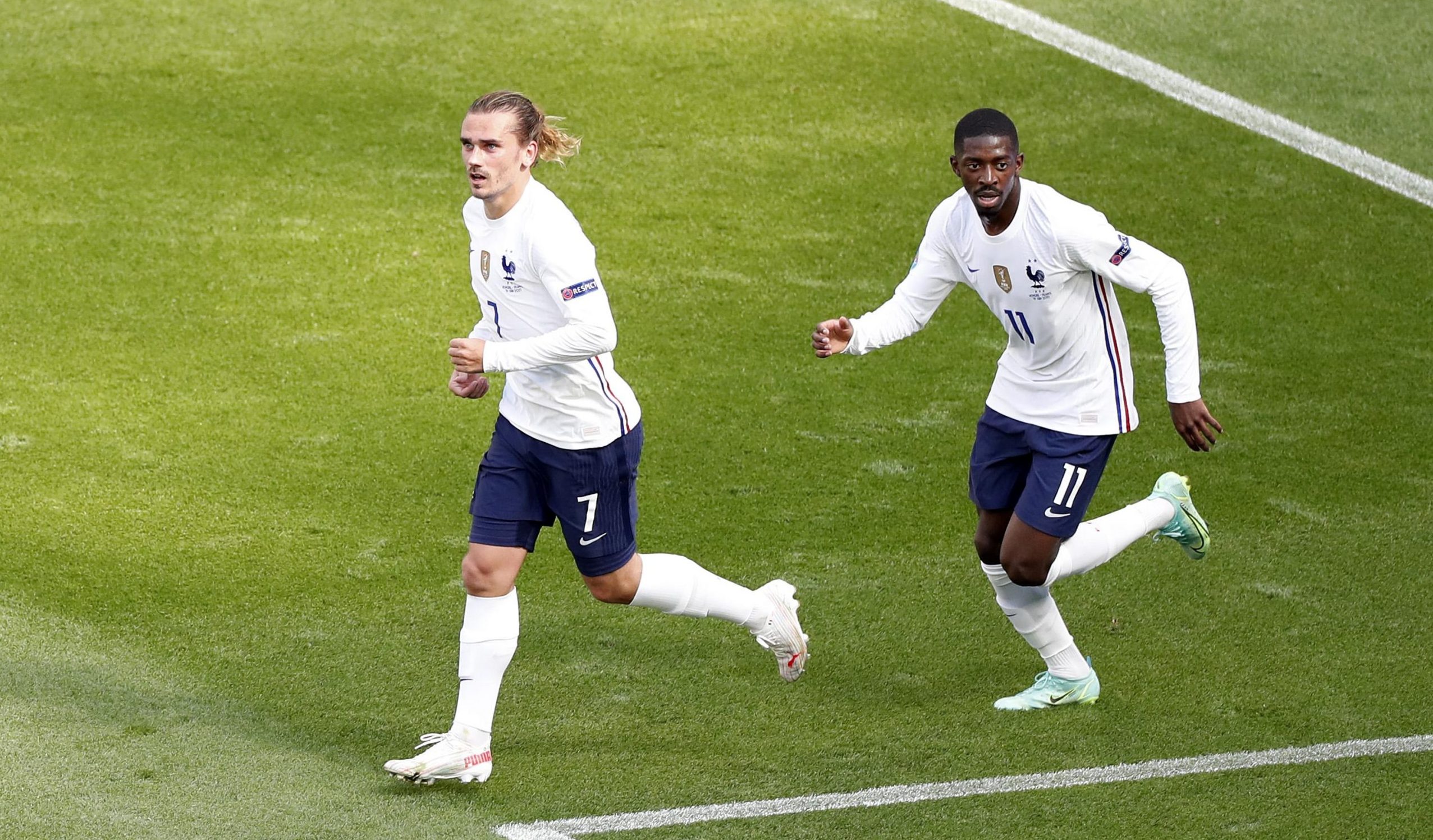 A video of FC Barcelona players Antoine Griezmann and Ousmane Dembele insulting Japanese technicians in their hotel room during the team’s preseason tour of Japan in July 2019 went viral when it was leaked on social media this month.

Two days after the video was leaked, Konami Digital Entertainment Inc. canceled Griezmann’s brand ambassador contract for its “Yu-Gi-Oh!” games, it was reported on Wednesday, July 7.

“Previously we had announced Antoine Griezmann as our Yu-Gi-Oh! contents ambassador, however in light of recent events we have decided to cancel the contract,” Konami said in a statement. “Konami Digital Entertainment believes, as is the philosophy of sports, that discrimination of any kind is unacceptable.”

The incident captured on Snapchat shows a group of Barcelona players gathered around Japanese hotel staff who are preparing to connect a video game console to a TV. Griezmann is seen laughing as Dembele makes fun of the technicians’ looks and their native tongue.

“All these ugly faces just so you can play PES [Pro Evolution Soccer], aren’t you ashamed?” Dembele said in French before adding, “What kind of language is that?”

Demands for apologies spread to all corners of the globe, including from Rakuten CEO Hiroshi Mikitani, who owns the J. League club Vissel Kobe and whose e-commerce company is Barcelona’s jersey sponsor. Since 2017, Rakuten has shelled out $55 million USD (nearly ¥6.05 billion JPY) per year to have its name plastered on the front of Barcelona’s jersey.

Reacting to the video, Mikitani tweeted his thoughts on July 6: “Favoring Barcelona’s philosophy, Rakuten has sponsored the club. Therefore, in any circumstances, this kind of remark is unforgivable, and we’ll officially protest and seek the club’s view.”

With Rakuten’s heavy investment in Barcelona and the public-relations headache caused by the leaked video, it wouldn’t be a surprising development if either Dembele or Griezmann or both are playing elsewhere in the upcoming season.

‘A Lack of Respect’

FC Barcelona, a global soccer powerhouse for decades, delivered a harsh rebuke to Dembele and Griezmann, while at the same time defending its reputation and values in a carefully worded statement.

“FC Barcelona deeply regret the displeasure amongst Japanese and Asian fans and partners of our Club caused by a video that appeared a few days ago on social media in which two first-team players [Ousmane Dembele and Antoine Griezmann] displayed a lack of respect in their attitude towards several employees in the hotel in which they were staying,” read a statement. “This attitude in no way coincides with the values that FC Barcelona represents and defends. The values of the club and its sponsors should be something that FC Barcelona protects, and this belief is present at all levels of the organization, from the board of directors and executives to the players in the club’s various sporting teams.”

Dembele wrote: “In recent days, a private video dating in 2019 has circulated on social networks,” wrote Dembele. The scene takes place in Japan, but it could have taken place anywhere on the planet and I would have used the same expressions.”

He continued: “These expressions were not directed towards any particular community. Sometimes I use these types of expressions in private, with friends, regardless of their origin. Now this video has been released, and I understand that it may hurt the people present in the images. In fact, I offer my sincere apologies.”

Griezmann, the one laughing in the Snapchat video, issued an apology on Twitter.

“I have always been committed against any form of discrimination,” Griezmann wrote in a post. “For the past few days, some people have wanted to pass me off as the man I am not. I firmly refute the accusations made against me and I am sorry if I could offend my Japanese friends.”

The French-born striker Griezmann and Dembele are two of Barcelona’s key acquisitions in recent years. The 30-year-old Griezmann was named Man of the Match for title-winning France in the 2018 World Cup final against Croatia. He has been at Barcelona since May 2019 after signing a $135 million USD contract with the club in a highly publicized transfer from Atletico Madrid.

Fellow Frenchman Dembele, a 24-year-old forward, has suited up for the Catalan club since 2017. He previously played for Borussia Dortmund in the German Bundesliga.

Dembele’s impact on the pitch is profound, according to Argentina captain and longtime Barca superstar Lionel Messi. “On the pitch, he’s a phenomenon,” Messi was quoted as saying by Bleacher Report in 2018. “It’s up to him where he ends up, he could be one of the best.”