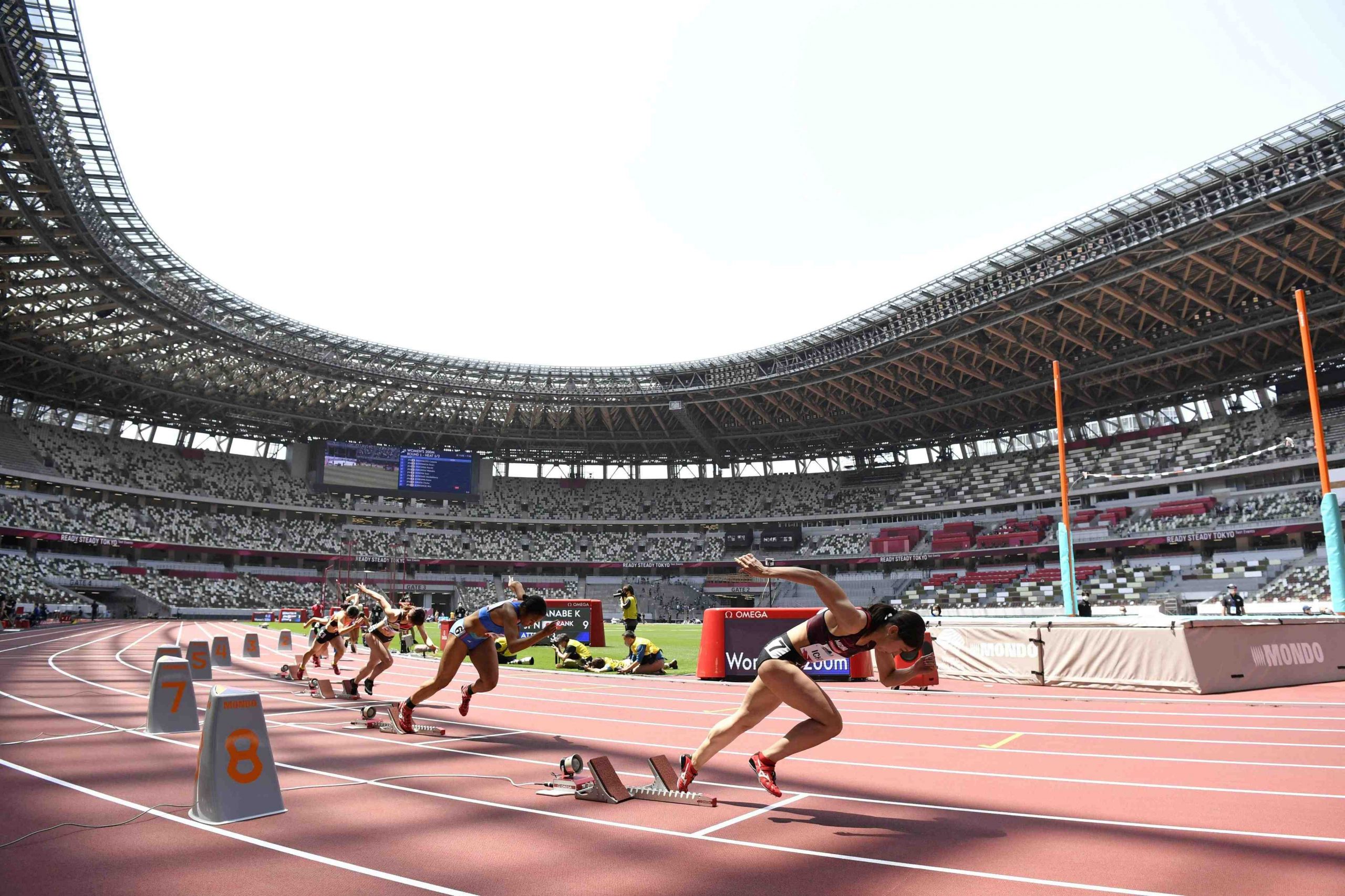 On the same day that International Olympic Committee President Thomas Bach arrived in Japan, it was decided that spectators will be barred from attending Olympic events in the nation’s capital and neighboring Kanagawa, Chiba and Saitama prefectures.

Olympic minister Tamayo Marukawa made the announcement during a news conference on the night of Thursday, July 8.

Five-way talks between local and national governing bodies and 2020 Tokyo Olympic and Paralympic organizers reached a consensus just 15 days before the Opening Ceremony at the New National Stadium.

The decision was made amid an increase in COVID-19 cases in recent days in Tokyo. There were a reported 920 new infections on July 7, representing the highest number of new cases since mid-May in the sprawling megalopolis. A day later, there were 896.

Prime Minister Yoshihide Suga declared a fourth state of emergency on the same day as the updated policy on no fans in the Olympic stands in the four prefectures was made, one that will be in effect in the nation’s capital from July 12 to August 22. (The Tokyo Olympics, postponed by a year due to the global pandemic, begin on July 23 and run through August 8.)

Because the state of emergency is not a nationwide declaration, Olympic events to be held in Ibaraki, Fukushima, Miyagi and Shizuoka prefectures will be held under the previous guidelines (up to 10,000 people in attendance or 50% venue capacity).

Reflecting on the Decision

Tokyo 2020 Organizing Committee President Seiko Hashimoto acknowledged that holding the Olympics without ticket holders in attendance is far from ideal.

“It is extremely regrettable that the games will be staged in a very limited manner in the face of the spread of novel coronavirus infections,” Hashimoto was quoted as saying by Kyodo News. “I am very sorry for ticket holders and local residents who were looking forward to the games.”

Bach spoke to reporters before a closed-door meeting was held with representatives of the national government, the Tokyo Metropolitan Government, the IOC, the International Paralympic Committee and the Tokyo 2020 Organizing Committee.

In his remarks, Bach underscored the point that he is not opposed to holding the Olympics behind closed doors. Instead, he reiterated his support for any policy or change in plans, if it advances the goal of a “safe and secure Olympic and Paralympic Games.” In other words, the only option off the table is cancellation of the Tokyo Games, according to Bach.

“We have shown this responsibility since the day of the postponement,” Bach told an online news conference. “And we will also show it today, and we will support any measure which is necessary to have a safe and secure Olympic and Paralympic Games for the Japanese people and all the participants.”