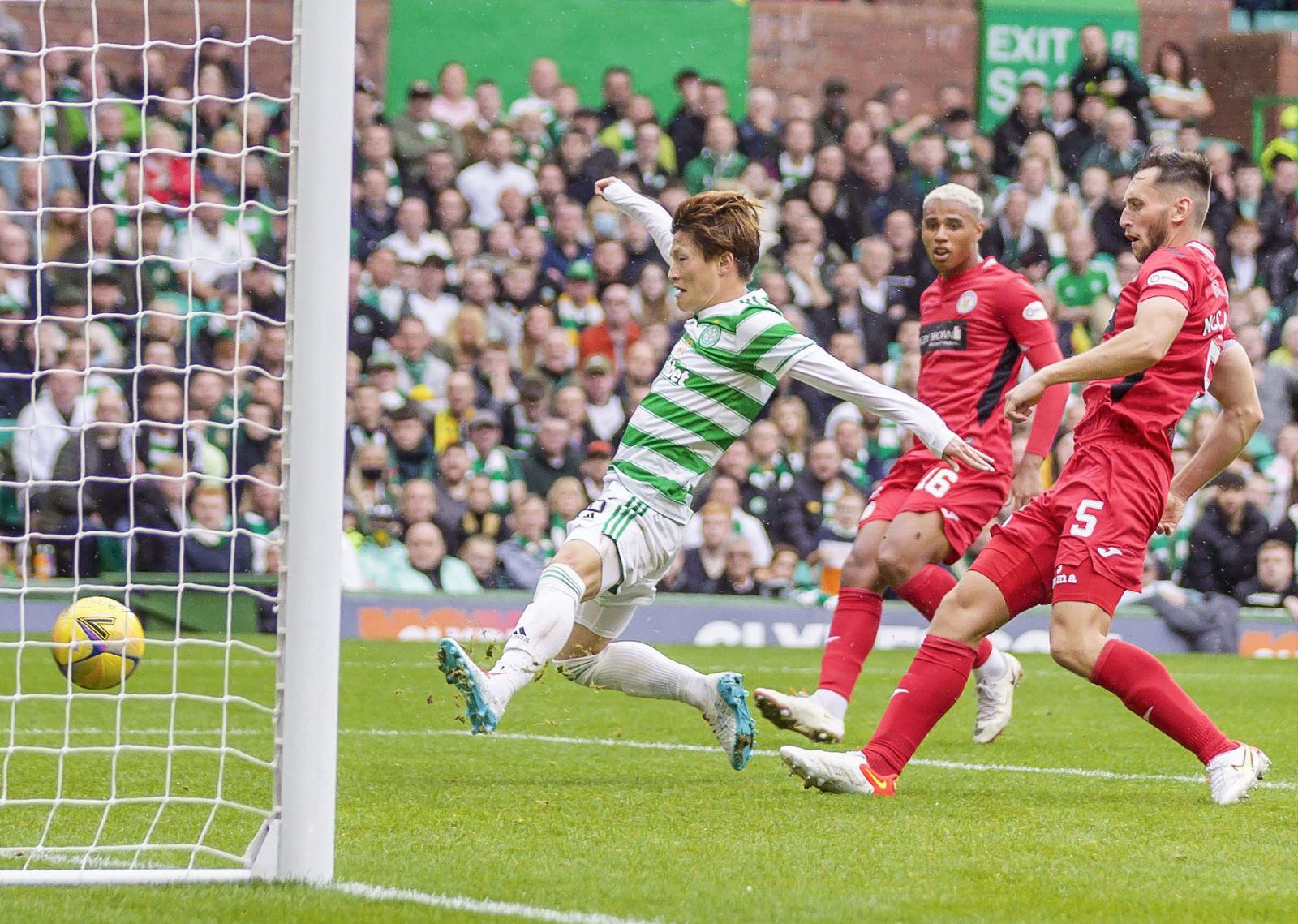 Celtic's Kyogo Furuhashi has been a consistent scorer since joining the club this summer.

As Celtic striker Kyogo Furuhashi recovers from a knee injury sustained in last week’s Japan-China 2022 World Cup qualifier in Doha, Qatar, the Scottish Premiership squad is getting acclimated to the dynamic scorer’s absence.

Furuhashi, who is expected to be sidelined for three to four weeks, has made a big impact for Celtic since joining the Glasgow-based club in July.

Seven goals in nine matches have quickly made the former Vissel Kobe scoring ace a fan favorite at Celtic Park.

For now, Celtic manager Ange Postecoglou and Furuhashi will need to be patient in waiting for the latter’s return.

“It is disappointing for him because he has obviously had a great start to his Celtic career and it is one of those things,” Postecoglou said on Friday, September 10, a day before Celtic’s 3-0 Premiership victory over Ross County. “But it is part of football ー these things will happen and we have just got to get on with it.”

In his current absence from competition, Furuhashi is a vocal supporter of his team.

After the win over Ross County, for instance, he tweeted: “Let’s keep up the great work!”

Furuhashi, who was leading the J. League with 14 goals when he left Japan to join Celtic, injured his right knee in the second half against China on Tuesday, July 7.

Due to pain in his knee, the 26-year-old Furuhashi left the qualifier in the 50th minute, and Genki Haraguchi entered the match as a substitute.

Meanwhile, Postecoglou will continue to monitor Furuhashi’s progress in recovering the injury. He said he’s encouraged by the Japanese player’s positive mindset.

“We have got him back and the initial assessment is we are looking at least three to four weeks at this stage which means he will miss the next few games,” said Postecoglou, a former Yokohama F. Marinos manager. “But at the same time he is pretty optimistic about working hard to get back, so we will just have to wait and see.”

The 2021-22 Scottish Premiership season, featuring 12 clubs, got underway in early July and runs through next May.