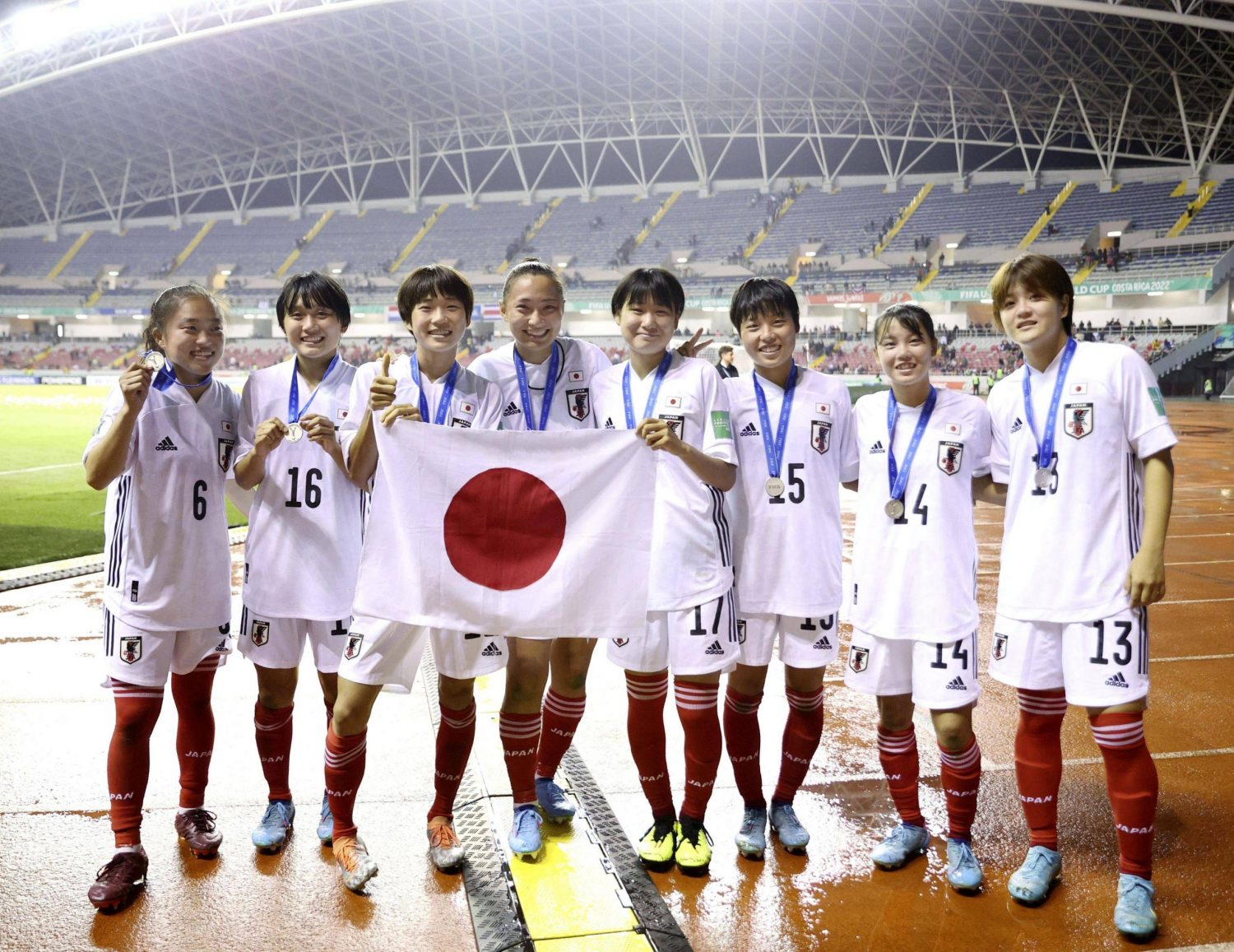 Japan's players pose for a group photo after finishing second in the 2022 FIFA U-20 Women's World Cup in San Jose, Costa Rica, on August 28. (KYODO)

Spain scored three goals before 30 minutes had elapsed and held onto its commanding advantage for the rest of the match against Japan in the FIFA U-20 Women’s World Cup final.

Manager Pedro Lopez’s team captured the world title with a 3-1 triumph in San Jose, Costa Rica, on Sunday, August 28. Winning the event for the first time, Spain also avenged its 3-1 loss to Japan in the 2018 tournament final in France.

Inma Gabarro put Spain ahead 1-0 in the 12th minute. Salma Paralluelo scored in the 22nd and 27th minutes, the latter of which was a penalty.

Midfielder Suzu Amano, who entered the match as a second-half substitute, notched Japan’s lone goal in the 47th minute.