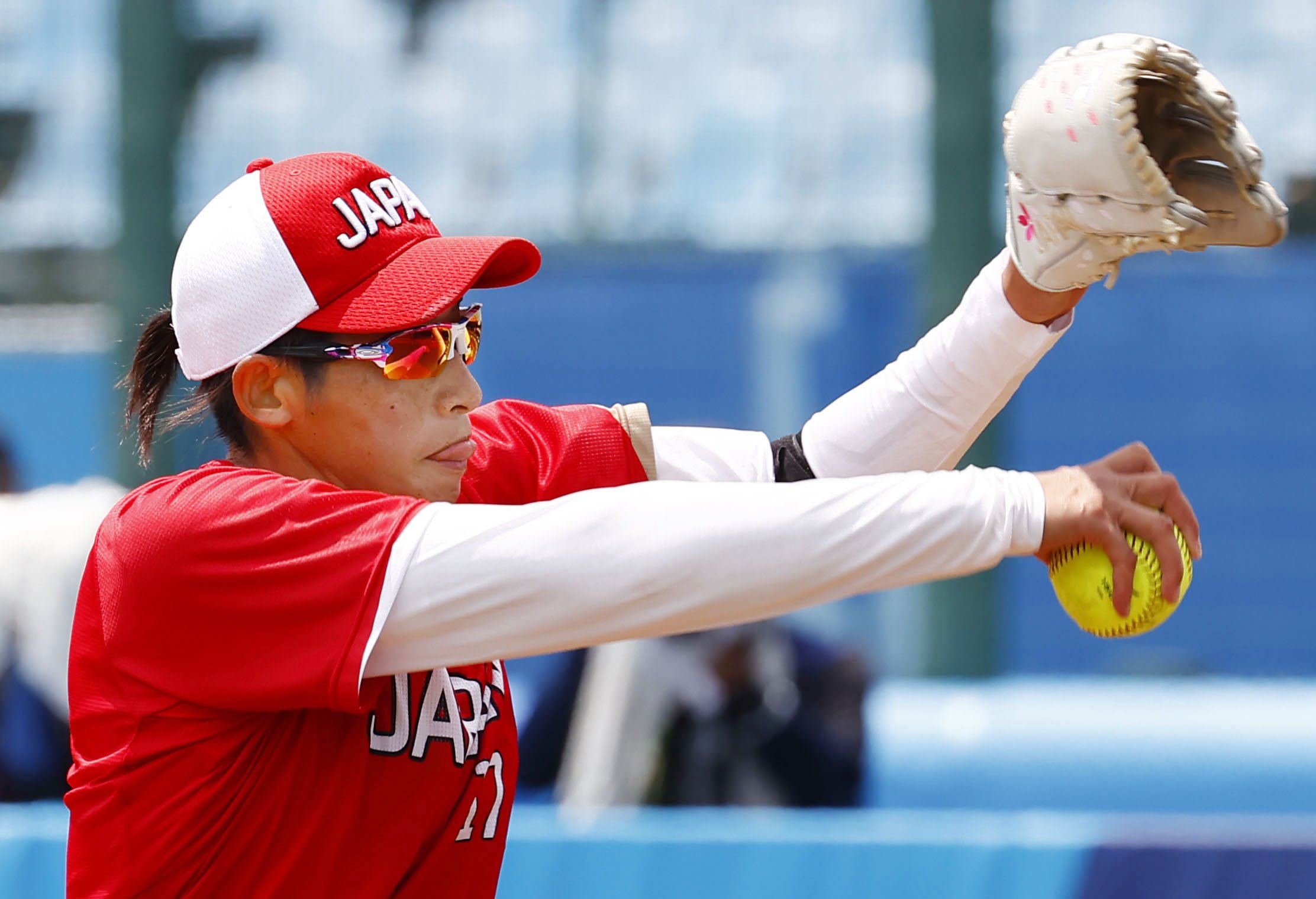 Ace pitcher Yukiko Ueno barely missed getting the win on her 39th birthday on Thursday, July 22 as defending gold medalist Japan edged Mexico 3-2 to improve to 2-0 in the softball tournament at the Tokyo Olympics.

Ueno went six strong innings but left the game in the seventh after giving up the tying run with two on and no out.

“I was pretty exhausted going into the last inning, but because it was my birthday, the manager kept me in there,” Ueno said, according to Kyodo News. “It’s too bad I couldn’t finish it off but the way the team fought back makes me happy.”

Ueno led Japan to the gold medal in the last Olympic softball tournament in 2008 in Beijing.

Japan reliever Miu Goto came on to replace Ueno and got the win after stranding five runners over the final two innings. Goto finished with five strikeouts.

Mana Atsumi drove in the winning run in the bottom of the eighth inning.

Under tie-breaking rules, Eri Yamada started the eighth on second base then advanced to third on a ball hit to second by Haruka Agatsuma.

Yamada then scored on Atsumi’s grounder to short, sliding just under the tag to touch off a joyous celebration by Japan’s players.

Japan opened the tournament by cruising to a comfortable 8-1 win over Australia on Wednesday, but there was nothing comfortable about Thursday’s win.

Japan got on the scoreboard first thanks to a solo home run to left by Yamato Fujita in the second. But Mexico came right back in the fifth on another solo shot by Anissa Urtez.

Japan retook the lead in the bottom of the fifth on a double by Agatsuma that scored the runner from second.

Urtez wasn’t done yet, this time hitting a sinking liner to center field in the seventh that tied it 2-2 and knocked Ueno out of the game. Goto was solid in relief.

“She throws really hard,” Ueno said of Goto. “She’s reliable and is someone you feel confident about giving the ball to.”

The game was held at Fukushima Azuma stadium, a venue meant to showcase the Tohoku Region's recovery from the 2011 earthquake, tsunami and nuclear disaster.

Japan won the gold medal the last time softball was part of the Olympic program at the 2008 Beijing Games, beating archrival the United States in the final.

The U.S. is also off to a strong start after beating Italy 2-0 on Wednesday, before blanking Canada 1-0 on Thursday thanks to a complete-game one-hitter by ace Monica Abbott.

Japan and the U.S. are the favorites to meet in the softball final, which will be held at Yokohama Stadium on July 27. Before Japan won in 2008, the U.S. had captured three consecutive gold medals since the sport became part of the Olympic program at Atlanta in 1996.