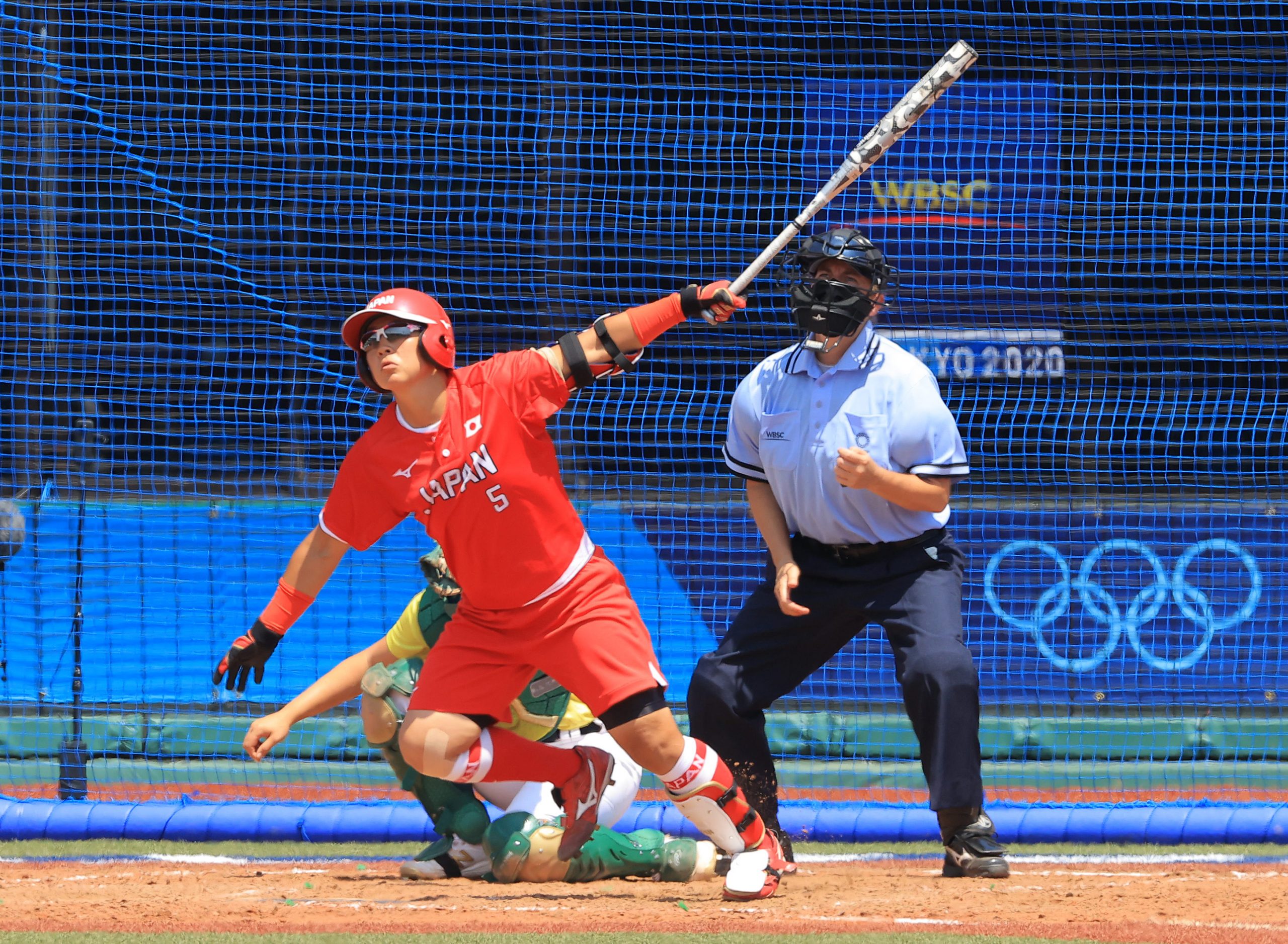 The Tokyo Olympics kicked off on Wednesday, July 21 with three softball games: Japan vs. Australia, Italy vs. the United States, and Mexico vs. Canada. All were played at the Fukushima Azuma Baseball Stadium.

Japan started off strong, beating Australia 8-1. In the other games, the United States edged Italy 2-0, and Canada beat Mexico 4-0.

Japan starter Yukiko Ueno pitched 4⅓ innings, yielding only one run in the first inning. She allowed two hits and struck out seven.

Minori Naito slugged a home run in the third inning, while teammates Yamato Fujita and Yu Yamamoto homered in the fourth and fifth, respectively.

Yamamoto had game-high totals in hits (two) and RBIs (three).

Pitcher Ueno was quoted by NHK saying that while she regretted giving up a run in the first inning, she “was able to completely shift her state of mind after the second inning and have a good start, not only quickly catching up but also reversing the score and winning through a called game.”

The Australian softball team was the first Olympic squad to arrive in Japan and trained in Ota, Gunma Prefecture.

“I think it was our nerves today, that was a pretty big moment,” reflected team captain Stacey Porter, according to the Australian Olympic Committee.

U.S. starter Cat Osterman had a brilliant performance, allowing one hit and striking out nine in six scoreless innings to earn the win in the second game. Greta Cecchetti took the loss. Monica Abbott, who replaced Osterman in the final inning, earned the save.

“Today was totally about how are we going to beat Italy and how am I going to help this team get started,” Osterman, the losing pitcher for Team USA against Japan in the gold-medal match at the 2008 Beijing Games, was quoted as saying by The Associated Press.

The United States scored once in the fourth inning and added its final run in the fifth.

In the day’s final game, Canadian Sara Groenewegen picked up the win, with Danielle Lawrie earning the save.

“We’re ready to go and we’re ready to win a gold medal,” Groenewegan said after the game, according to the Canadian Broadcasting Corporation.

The games were played in an empty stadium due to the COVID-19 restrictions put into place banning spectators.