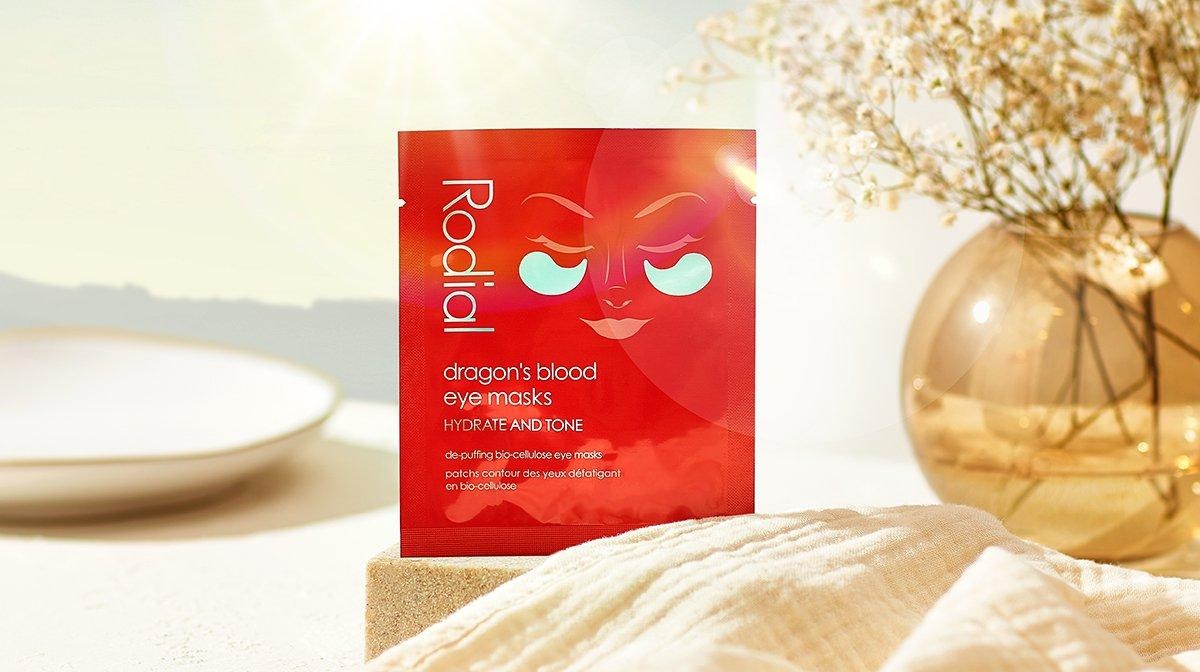 SoftBank has decided it has a good chance of making more profit by persuading women to apply dragon’s blood onto their faces.

Dragons blood is an ingredient for makeup which is produced from the sap of the croton lechleri plant, which grows in South America. In traditional medicine, it is said that this liquid is good for healing wounds and treating diarrhea, although I haven’t seen any scientific evidence for this.

Nowadays, women are assured that if they put this red, sticky liquid to their cheeks, their eyes will instantly become brighter and more alert, although again the science seems somewhat flimsy.

Nevertheless, as a mature man, I am not the target customer. Dragon’s blood and other quirky beauty products are being marketed to women via a British company called Glossybox. It sends its subscribers boxes of exotic goods through the post each month.

According to one customer review on the company’s website: “The ciate watermelon lip oil is absolutely amazing but the nanogen root boos is by far the best product in the box for me and 100% I will be buying more. Well done, Glossybox! You have truly outdone yourself!”

Even though I don’t want the lipgloss or mascara, I admire the entrepreneurial spirit of Glossybox, and so apparently does Japan’s shrewd billionaire investor, Masayoshi Son.

For many decades now he’s been expanding his business, SoftBank – which was originally a software mail order company – into a global empire encompassing telecoms, e-commerce, fashion, food and IT.

Mr Son believes the internet of things is the key to human progress. SoftBank’s breezy slogan is: “Information Revolution. Happiness for everyone.”

SoftBank’s Vision Fund is the largest private equity operation in the world. It  has invested more than $100 billion in a vast array of businesses in Japan, China and the rest of Asia, as well as in the United States, the EU and Great Britain.

This month, the parent company of Glossybox, called Hut Group, received $730 million dollars in funding from SoftBank, in what strikes me on a classic gamble on a young firm with a lot of potential.

It is a high risk strategy which does not always work. But for now, Masayoshi Son and SoftBank are on a major winning streak.

The results mark a stunning reversal from the group’s annual loss of 961.5 billion yen for the year to March 2020 – its worst ever.

At a press conference in Tokyo, a smiling Mr Son promised to continue building a “factory of golden eggs.”

He said he is determined to find more companies like Glossybox and build a portfolio of 500 firms. The goal is to nurture young, dynamic businesses until they’re ready to sell their shares on the stock market.

When the shares are offered in an initial public offering, “a white egg turns into a golden egg” according to Mr Son, who’s been riding a buoyant wave during the recent global stock market rally.

“Our group will make a rush of initial public offerings. Instead of being overwhelmed by the rise and fall of the market price, like gambling, we will help create more and more companies that use AI to redefine industries,” Mr Son said.

SoftBank’s supporters are impressed that many of its investments have continued to thrive, even though many people have been confined to their homes due to lockdowns. For example, it has done particularly well from a U.S. food delivery app called DoorDash and a South Korean e-commerce startup called Coupang.

SoftBank also has a stake in Slack Technologies, which connects teams working remotely, and in ByteDance, the Chinese owner of the video app TikTok, through which youngsters share pranks and dance memes. Both services were popular during lockdowns, although there were questions about whether Tik Tok was harvesting personal information about its users for use by the Chinese security services.

Not every gamble paid off. Some of the businesses SoftBank invested in were badly hit by the pandemic, such as office rentals and hotels. Nevertheless, with the global economy predicted to bounce back this year, even those troubled sectors could become profitable again, if managed carefully.

This stands Mr Son in good stead when it comes to persuading the world’s wealthiest organizations to give him even more money to support his gambling habit.

To date, his biggest investments have come from Apple Inc and the sovereign wealth funds of both Saudi Arabia and Abu Dhabi. Mr Son is also backed by banks such as Mizuho, JPMorgan Chase and UBS.

Mr Son once took to Twitter to say that he believes the saddest thing in life is loneliness.

In a time of lockdown and isolation, he can take comfort that many of his tech investments have helped bring people together.

He will also, no doubt, also be pleased that his personal wealth, and that of the corporation he founded, have soared to levels undreamed of, by even the wildest gamblers.

Duncan Bartlett is a regular contributor to Japan Forward and a former Business Correspondent for the BBC. He is the Editor of Asian Affairs and a Research Associate at the SOAS China Institute. Find other articles by Mr. Bartlett on his author page.