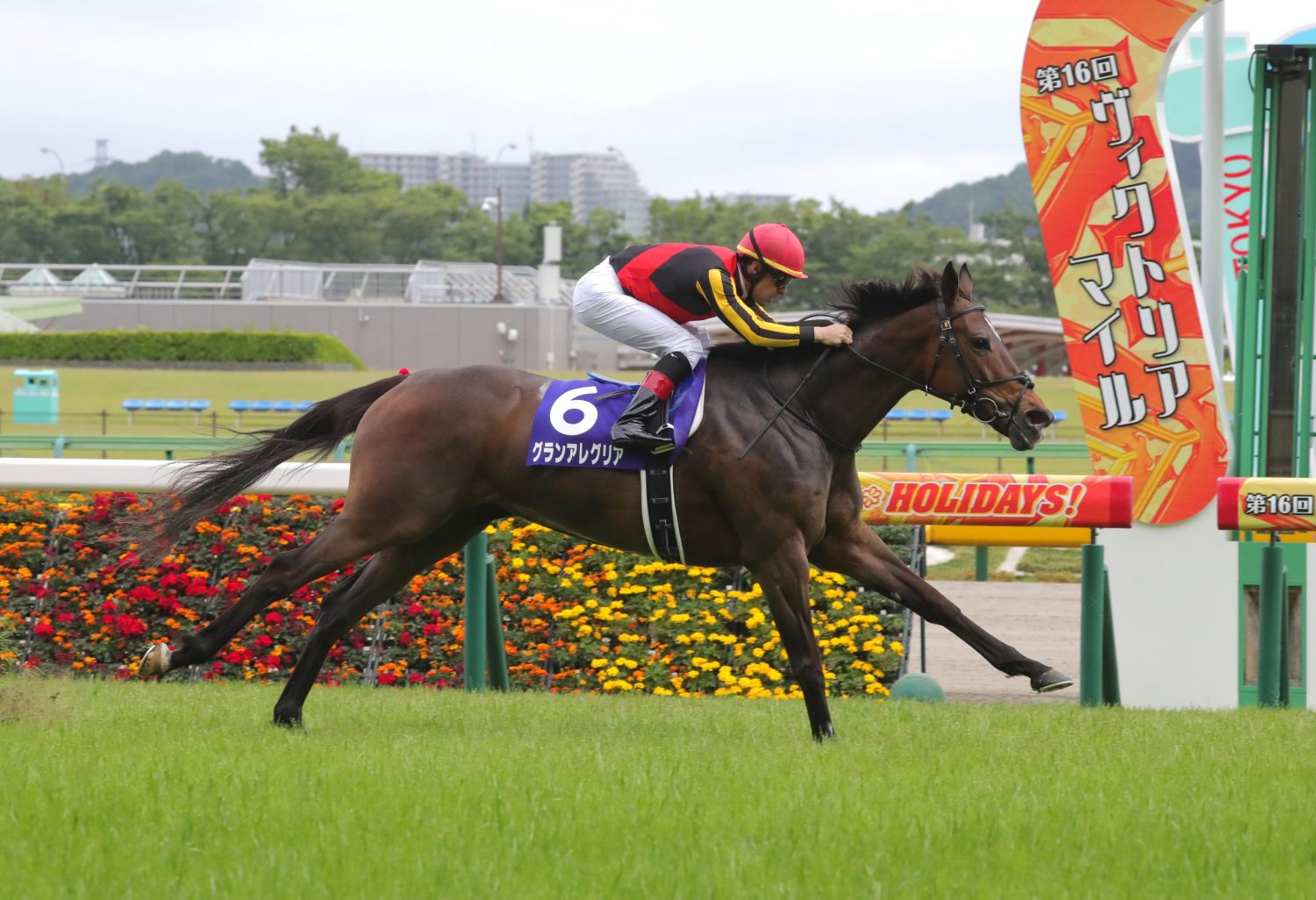 It was a winning combination, with Gran Alegria besting a field of 17 other horses ages 4 and older by four lengths in the Japan Racing Association Grade I race.

Jockey Christophe Lemaire, who steered Schnell Meister to a nose-length victory in the NHK Mile Cup on May 9 at the same track, collected his 1,400th JRA victory, with Gran Alegria helping produce a different type of winning result than Lemaire experienced seven days earlier.

Race favorite Gran Alegria, who completed the Victoria Mile in 1 minute, 31 seconds, began her quest for victory out of the sixth stall.

True to form, the 5-year-old mare didn’t run away from the pack from start to finish.

Instead, Lemaire, the JRA’s winningest jockey in 2021 (he has 76 wins in 317 races through Sunday) managed his equine’s on-turf performance with patience and confidence.

Near the halfway point of the race, Gran Alegria was in 10th place.

But not for long.

Christie, ridden by Arata Saito, who held the lead for the majority of the race couldn’t maintain his blistering pace.

From the outside, trainer Kazuo Fujisawa’s winning thoroughbred dashed past several rivals and pulled into title contention with 400 meters remaining.

Gran Alegria was the fastest horse over the final 300 meters.

“She was very strong as we had all expected,” Lemaire said of Gran Alegria after the race. “She’s not a very good starter so we settled in mid-division, but she raced in a good rhythm. After I took her to the outside entering the lane, she showed a remarkable response and geared up on her own.

“She showed that she’s at a different level than her competitors and will probably win more G1 titles going forward.

“Personally, I am delighted that I was able to score my 1,400th JRA victory today and to win another G1 race.”

For the French jockey’s team, the winning purse was ￥105 million JPY (about $1 million USD).

A year ago, Gran Alegria triumphed in the Yasuda Kinen and Mile Championship, two other G1 races for horses aged 4 and older. She has five career G1 wins in Japan, including  the 2019 Oka Sho (Japanese 1000 Guineas), another 1,600-meter race.

Now, she’s the first horse to triumph in all three of the JRA’s G1 mile races for older thoroughbreds.

Lemaire rode Almond Eye to victory in the 2020 Victoria Mile. He was aboard Admire Lead for their victorious run in the race’s 2017 edition.