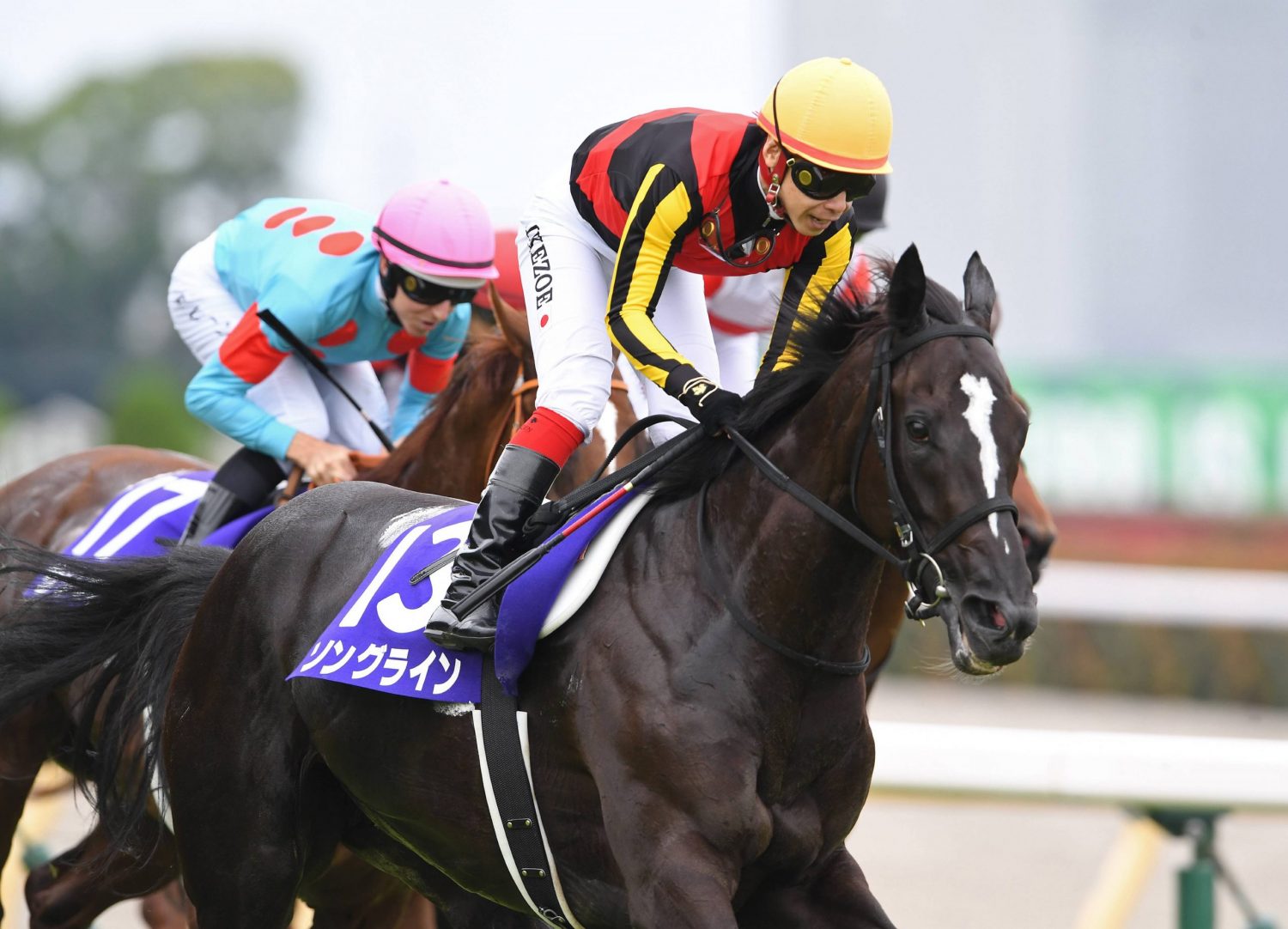 Kenichi Ikezoe navigated through a crowded field and steered Songline to victory in the 72nd Yasuda Kinen.

The 1,600-meter showcase of speed brought out the best of the top finishers on Sunday, June 5 at Tokyo Racecourse.

The order was reversed at the 2021 NHK Mile Cup last May, with Schnell Meister edging Songline by a nose in the high-profile race at the same venue. The same jockeys were aboard the two horses that day.

This time, following the German-bred runner-up, the next several finishers were bunched up close to the front of the pack.

“I’m just relieved and happy that I was able to live up to the team’s expectations,” Ikezoe said after collecting his 27th Japan Racing Association Grade 1 win.

Third-place finisher Salios, steered by Damian Lane, was a further head length back, with Serifos (Yusuke Fujioka) a half-length behind. (Watch a replay of the race here.)

Third favorite Fine Rouge, with Yutaka Take, winner of the Tokyo Yushun (Japanese Derby on May 29) handling the reins, settled for fifth place, a neck behind Serifos.

Danon the Kid (Yuga Kawada), who led with 300 meters remaining, placed sixth, beaten to the wire by a nose by Take’s ride.

Ikezoe credited trainer Toru Hayashi and other support staff for putting Songline, who entered the race from stall No. 13, in position to contend for a victory on Sunday.

“It was a tight schedule for the filly but the staff at the stables prepared her remarkably,” he told reporters. “She broke well and I decided to settle her behind Salios, who rushed up in front of us.

“Trying not to make the same mistake as last time, we made an early bid before the last corner and she responded well and stretched all the way for a strong finish.”

In the race’s defining moment, Songline had good position to run at full stride on the outside and capitalized on the opportunity. It produced Songline’s first Grade 1 win.

Before Sunday, Ikezoe’s most recent G1 victory was at the 2020 Yasuda Kinen aboard Gran Alegria.

An announced crowd of 32,471 saw favorite Elusive Panther, ridden by Hironobu Tanabe place eighth in the 18-horse field. The 4-year-old colt had won his four previous starts, including the 1,600-meter Tokyo Shimbun Hai, a G3 event at Tokyo Racecourse, on February 6.

After a poor start, Elusive Panther increased his pace over the final 200 meters to secure a top-10 finish.

“Though it will be his first time up against older horses at the top level, I’d like to see him give a classy performance,” Ikeuchi told reporters earlier in the week.

The other foreign-bred race entrant, Cafe Pharoah (Yuichi Fukunaga), son of 2015 American Triple Crown winner American Pharoah, placed 17th. Cafe Pharoah faded toward the back of the field after a quick start.