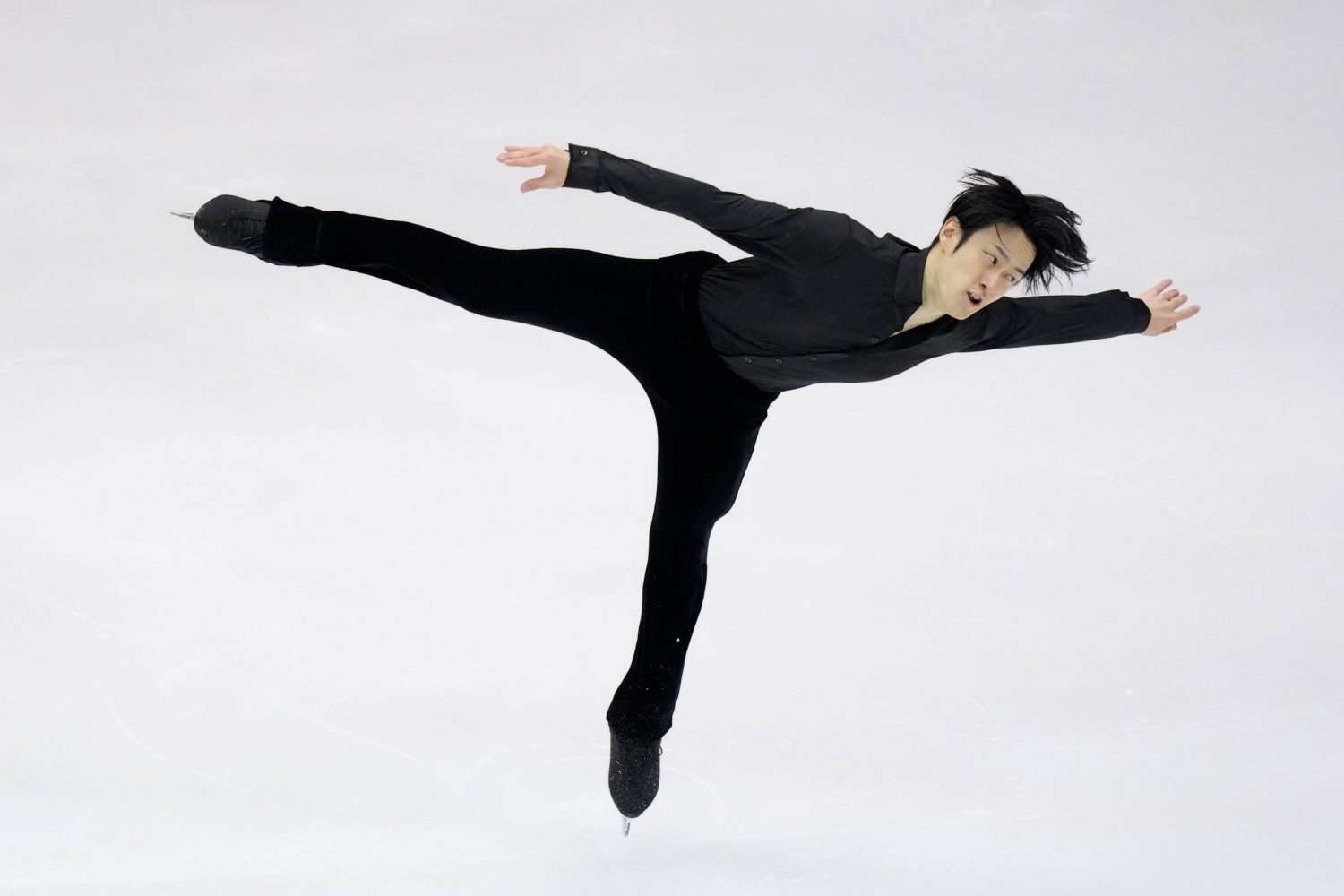 Sota Yamamoto competes in the men's short program at the 2022 NHK Trophy on November 18 in Sapporo. (Hiro Komae/AP)

SAPPORO ― Sota Yamamoto is the surprise leader after the short program in the NHK Trophy at Makomanai Arena on Friday night, November 18. The 22-year-old recorded a personal-best score of 96.49 points with a fine performance at Japan's annual Grand Prix event.

Shoma Uno is in second place at 91.66 after a fall on the front end of a planned combination jump, while France's Adam Siao Him Fa is third on 87.44.

South Korea's Yelim Kim is in first place after the women's short program with 72.22. World champion Kaori Sakamoto stands in second at 68.07, with Rion Sumiyoshi in third on 68.01.

Watanabe will need a big rally in the free skate if she hopes to qualify for next month's Grand Prix Final in Turin, Italy.