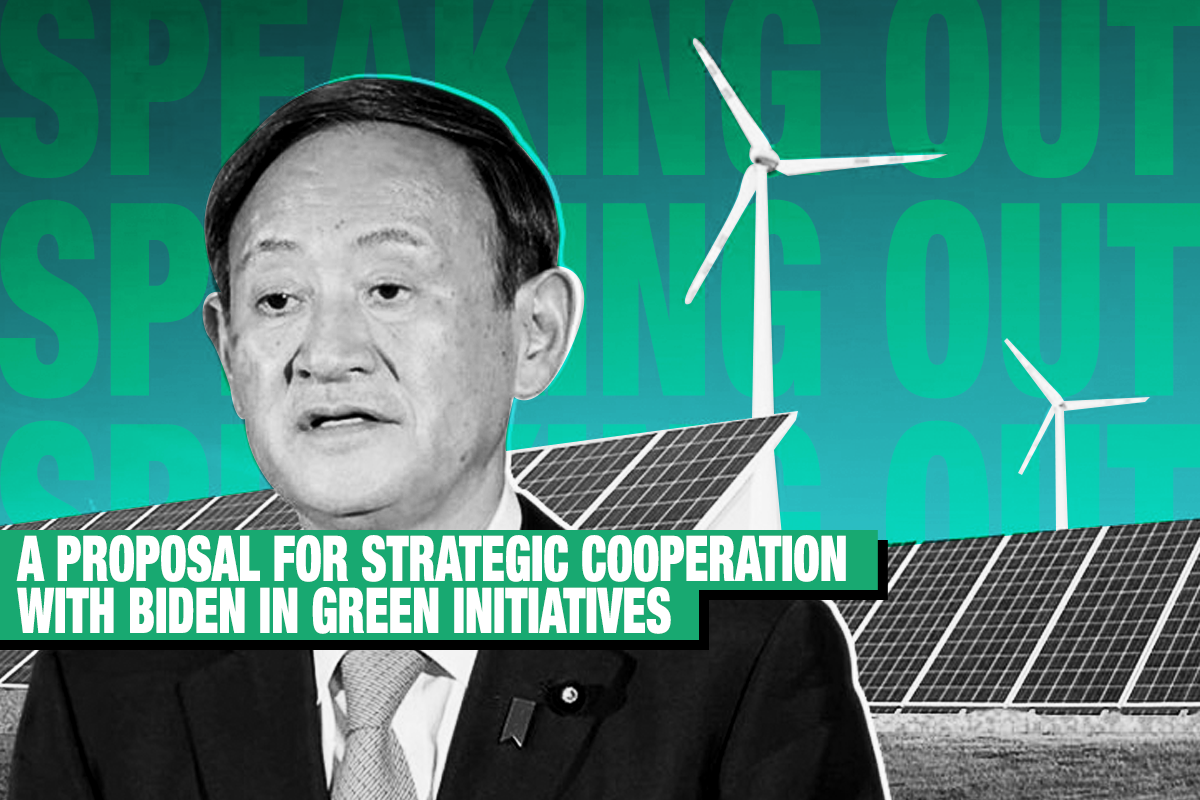 Joe Biden has secured victory in the U.S. presidential election. One of the  keys to considering Japan’s strategy for relations with the United States under a Biden administration will be the environment issue.

Biden has come up with a  policy of achieving net-zero greenhouse gas emissions by 2050, making the battle against global warming an eye-catching policy. He will quickly come back to the Paris climate change agreement and concentrate his efforts on enhancing clean energy investment and environmental regulations.

The European Union last December announced the European Green Deal for government and private sectors to invest €1 trillion EUR (about $1.2 trillion USD) over a decade. Japan is desperate not to be left behind such initiatives.

In late October, Prime Minister Yoshihide Suga in his key policy address announced his policy of achieving net-zero GHG emissions by 2050. Following the EU’s declaration of a similar policy last year, Suga might have tried to prevent Japan from being internationally isolated in tackling climate change in preparation  for the start of the Biden administration.

Suga specifically plans to strongly support the development of  next-generation batteries and other technology, pursuing a growth strategy leading to innovation. This will pave the way for Japan to cooperate with the U.S. in  response to the Biden policy.

In fact, we must pay attention to how China would act. The Biden  administration could join hands with China in fighting against climate change. Some Biden team officials say that China could become a partner in tackling global warming. China may be willing to take advantage of such a sign for opening the way for the U.S. to soften its attitude on China.

How Japan would cooperate with the U.S. on climate change would be linked to Japan’s national security issues vis-a-vis China.

Regarding environmental regulation, Biden will strengthen regulations on exhaust gas emissions from automobiles and power plants that have been eased under the Trump administration. Japanese automakers would be required to  substantially revise their U.S. business strategies.

In July, the EU proposed a border carbon tax on imports from countries with looser environmental regulations, leading to concern about some adverse effects on Japanese companies. The Trump administration has raised strong objections to the EU proposal. How will the Biden administration react? Biden could  introduce a similar measure to ease U.S. companies’ discontent with the increasing burden due to tougher environmental regulations.

Japan should not be complacent. It would be better for Japan to cooperate with the U.S. and Europe in making international rules. This could eventually target Chinese products on which environmental regulations are looser.

Japan should not be passive in dealing with the Biden administration over environmental issues, but should instead foster strategic thinking with China in mind.

(A version of this article was first published by the Japan Institute for National Fundamentals, Speaking Out #737 on November 11, 2020.)

Masahiko Hosokawa is a special professor at Meisei University and a former  director-general of the Trade Control Department at Japan’s Ministry of Economy,  Trade and Industry. He is also a Planning Committee member at the Japan  Institute for National Fundamentals.