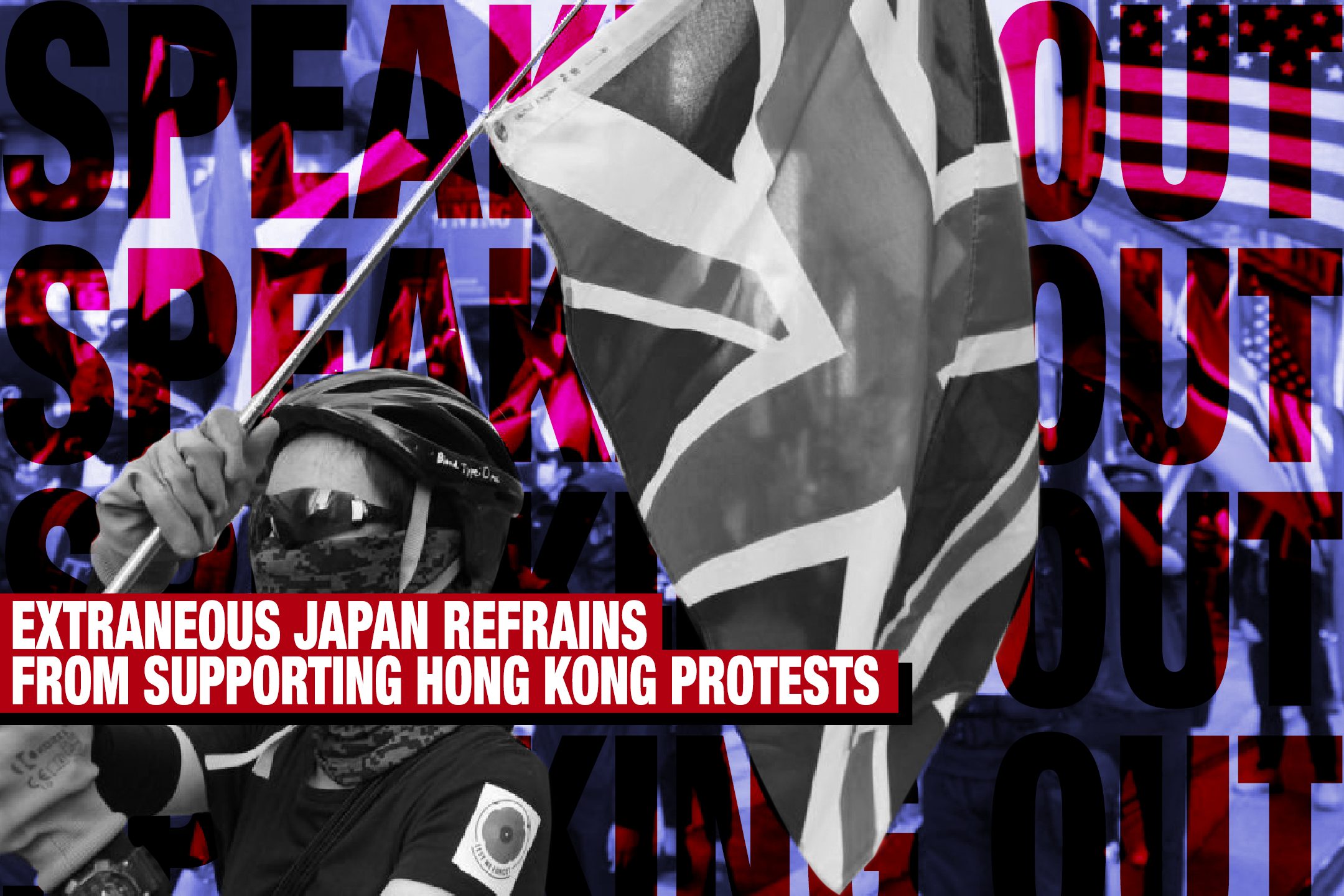 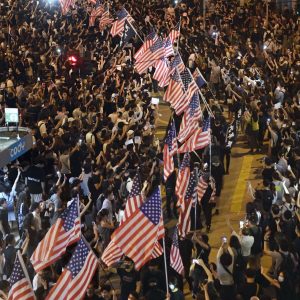 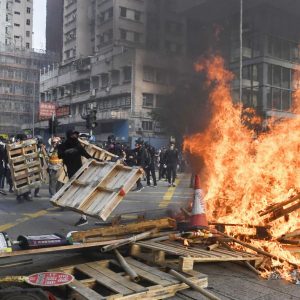 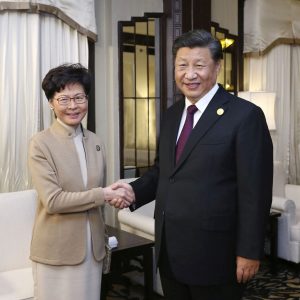 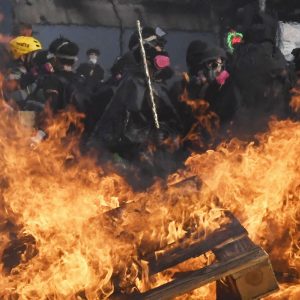 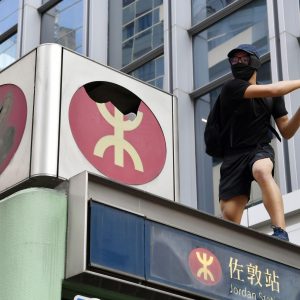 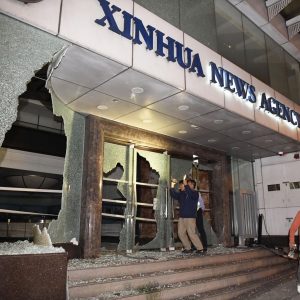 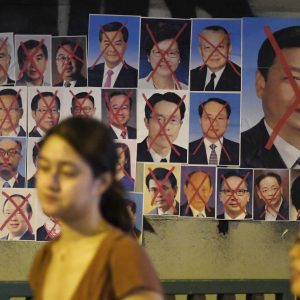 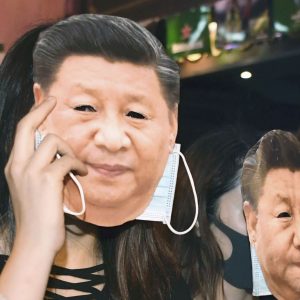 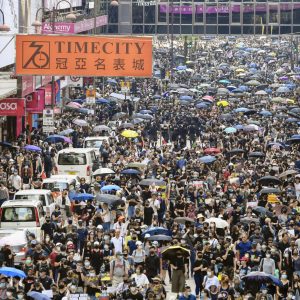 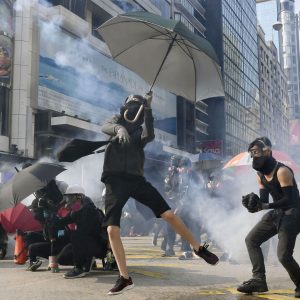 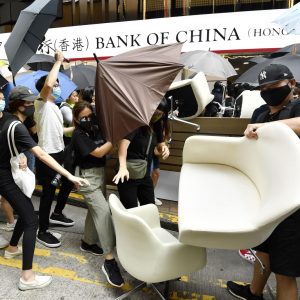 Hong Kong Protests in front of Bank of China 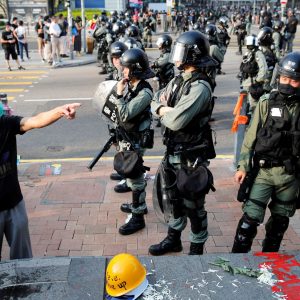 The Group of Seven industrial democracies, at their annual summit meeting in August, should have agreed to urge China to recognize Hong Kong’s high-level autonomy and avoid violence to put down Hong Kong citizens’ massive protest rallies, as they had promised earlier.

The British government issued a statement through its foreign secretary, condemning the China-backed Hong Kong police’s firing of live ammunition at protesters. At the same time, the U.S. House of Representatives passed a unanimous bipartisan bill backing Hong Kongers’ demands for democratization.

However, the Japanese government has remained indecisive, failing to criticize Hong Kong authorities or their backer China for efforts to suppress the protests. And at the Japanese National Diet, no moves have been seen regarding the Hong Kong issue.

Has Japan become an extraneous country among the Western industrial democracies?

Among the G7 countries, Hong Kong’s former colonial ruler Britain has been the most sensitive to the crackdown on Hong Kong rallies. Immediately after a high school student was seriously injured by live rounds fired by the Hong Kong police on October 1, Foreign Secretary Dominic Raab of the Johnson administration issued a statement, saying, “The use of live ammunition is disproportionate, and only risks inflaming the situation.”

On October 4, when Hong Kong authorities invoked emergency measures to ban protesters from wearing face masks, the foreign secretary released another statement, warning that the authorities “must avoid aggravating [the situation] and instead reduce tensions.”

At the late August G7 summit hosted by French President Emmanuel Macron, he included a sentence in the Leaders’ Declaration, saying, “The G7 reaffirms the existence and importance of the Sino-British Joint Declaration of 1984 on Hong Kong and calls for violence to be avoided.”

The 1984 joint declaration promised that Hong Kong’s social and economic systems, which differ from those of China, would remain unchanged, and that the basic human rights and freedoms of Hong Kong residents would be ensured.

Given that the Armed Police of the Chinese People’s Liberation Army were assembling in Shenzhen along the border with Hong Kong at that time, “violence” in the G7 statement was interpreted as China’s potential military intervention.

In fact, United States President Donald Trump has been cold-hearted toward Hong Kong protests. U.S. and British news media have reported that President Trump promised his Chinese counterpart Xi Jinping that the U.S. government would remain silent on Hong Kong as part of a deal to settle the U.S.-China trade war. It is also said that Trump banned administration officials from making comments supporting Hong Kong protesters.

However, the U.S. Congress’s proactive engagement on Hong Kong is poised to blow away President Trump’s lack of concern. The Hong Kong Human Rights and Democracy Act of 2019 passed by the U.S. House of Representatives would require the State Department to submit an annual report to Congress on the degree to which the Chinese government actions have eroded Hong Kong’s autonomy.

Japan’s National Diet Should Learn From the U.S. Congress

Japan’s Chief Cabinet Secretary Yoshihide Suga has kept his comments on Hong Kong virtually unchanged over the past few months. He has reiterated that the Japanese government (1) is gravely concerned about the rising number of people injured in Hong Kong and (2) strongly hopes the protests will be resolved early, through peaceful talks among the concerned parties, while maintaining Hong Kong’s stability.

Some officials in the ruling Liberal Democratic Party think that the Japanese government is taking great care not to arouse China in order to facilitate a smooth reception for Xi Jinping next spring, according to the Yomiuri Shimbun. Xi has been invited to visit Japan for an official state visit then.

Unfortunately, superficial demonstrations of Japan-China friendship seem to have become a priority for both the Japanese government and its legislative body.

(A version of this article was first published by the Japan Institute for National Fundamentals, Speaking Out #628, on October 23, 2019.)