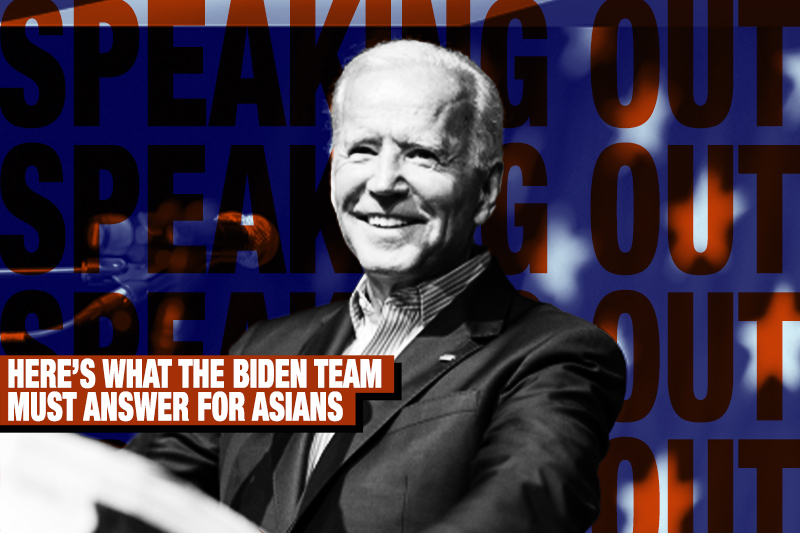 If the Chinese Communist Party regime gains global hegemony, free and humanitarian civilization will pay a heavy price. How should the world confront Communist China? This is the point attracting the greatest global attention regarding the two U.S. presidential candidates.

Democratic presidential nominee Joseph Biden served as vice president in the Obama administration (January 2009-January 2017). At a joint press conference with then- U.S. President Barack Obama in the United States in 2015, Chinese President Xi Jinping declared that China had reached an important agreement with the U.S. to jointly fight against cybercrime, and he declared that China had no intentions to militarize the construction of facilities on the Spratly Islands in the South China Sea.

According to the Federal Bureau of Investigation, however, Communist China’s intellectual property theft, including cyberattacks, has increased further since then. China’s militarization of the South China Sea has also progressed.

In short, the Chinese leader completely pulled the wool over the eyes of the Obama administration and deceived them, including Biden. Incumbent President Donald Trump has said that if Biden wins this November’s presidential election, China will “own” America.

Biden Fails to Mention How to Counter China

Mr. Biden is responsible for assessing China’s actions and clarifying specifically how he would counter China. Nevertheless, he has yet to do so. Moreover, he refuses to accept questions from critical media for fear of gaffes.

It makes no sense to listen to any general comment from Biden. In his memoir, he frankly admits having been told that “he sells the sizzle but is short on the steak.”  Biden has thus been criticized for failing to act in line with his excellent speeches.

The Trump administration has implemented specific measures to counter China, even though they are controversial. They include punitive tariffs on Chinese imports, sanctions on Chinese tech firms, the enhancement of “Freedom of Navigation” operations, the promotion of U.S.-Taiwan relations, and tougher actions on Communist China spies and collaborators. President Trump has steadily delivered the steak, irrespective of whether the steak was done to your liking or not. Nobody doubts that he can deliver.

In the Congress, Republican allies of Trump have also come up with tough measures against China. Conservative Republicans such as Senators Marco Rubio from Florida and Ted Cruz from Texas initiated bills for sanctions over Hong Kong and the suppression of Uyghurs, and enhanced U.S. relations with Taiwan.

On August 10, Communist China imposed sanctions on six U.S. lawmakers over their statements and legislation on Hong Kong. All are Republicans. Earlier, Beijing banned four U.S. politicians from entering China over the Uyghur issue, all of whom are also Republicans.

Ohio Senator Rob Portman, also Republican, as chairman of the Permanent Subcommittee on Investigations of the Senate Homeland Security Committee, has led the prosecution of suspected spies in Communist China’s “Thousand Talents” program, which recruits those who can help Beijing illicitly acquire foreign technology.

Where is the Leadership?

Biden, as the Democratic Party leader and as a man who served many years in the U.S. Senate, should demonstrate greater leadership than Trump in the Congress, but he has not done so. Harris, though having joined the race for Democratic nominee for president, has repeatedly sought compromise with radical leftists while inching her positions toward the middle of the road, causing conflicts even within her own camp. She eventually withdrew before the primary began. Her leadership is even weaker than Biden’s.

(A version of this article was first published by the Japan Institute for National Fundamentals, Speaking Out #712 on August 27, 2020.)

Yoichi Shimada is a Planning Committee member of the Japan Institute for National Fundamentals, and a professor at Fukui Prefectural University.