How are Polar Bears Surviving in the Midst of Global Warming? Here’s the Debate 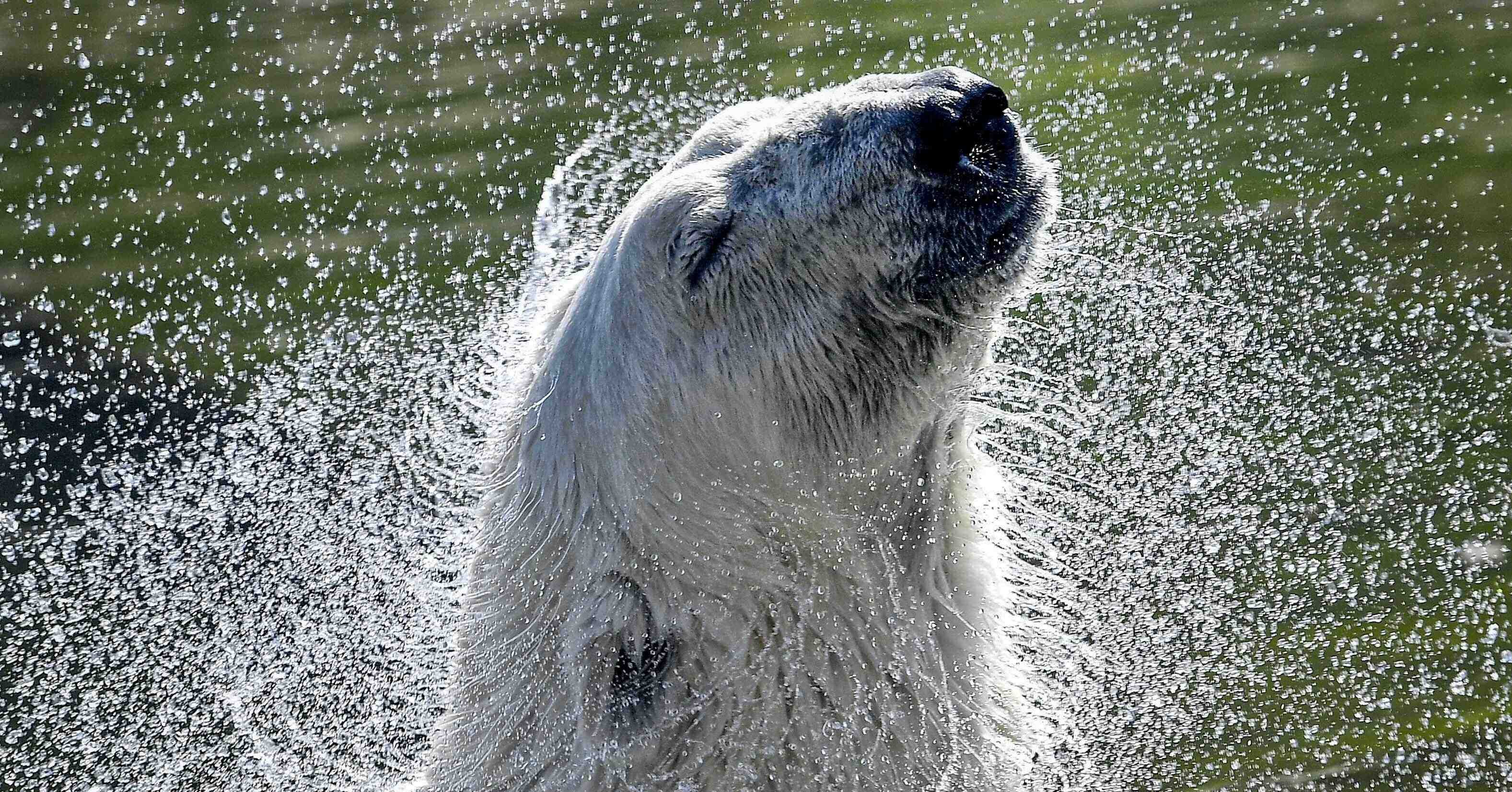 No animal will feel the impacts of global warming more than the snow-white polar bears living in the arctic circle. Sea ice of the Arctic is no more than about five meters thick, simply floating on the sea. In recent years, though, the sea ice has been shrinking.

With the shrinking sea ice, the foothold of the polar bears has been reduced, affecting their ability to catch prey such as seals and other sea life and leading to starvation of the animals known as shirokuma (white bears) in Japan. The American documentary An Inconvenient Truth (2006) depicted a polar bear barely managing to cling to an ice floe. As a result, polar bears have become symbols in the campaign for reduction of CO2 (carbon dioxide) emissions.

Contrary to the theory that polar bears are in jeopardy, however, some researchers have noted that the polar bear population is not in trouble. In their home habitats, there is a fiery debate going on over the population trends of the bears. 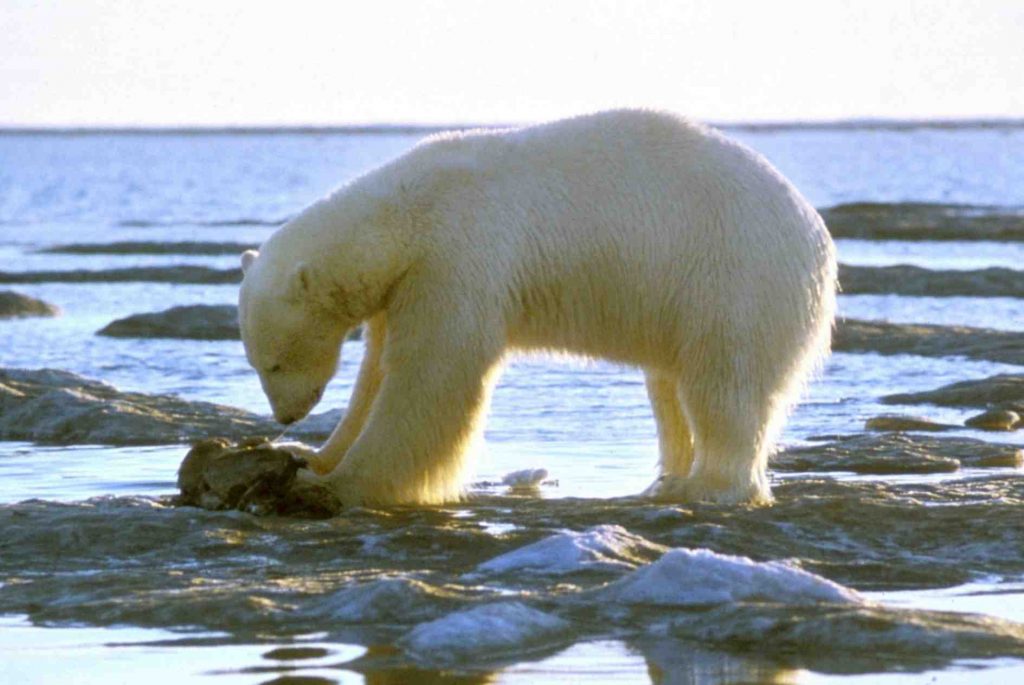 Theory Warns of Extinction by End of 21st Century

In its July 20 issue, the science journal Nature Climate Change, a team of researchers at the University of Toronto, Canada, reports its future forecasts on polar bear populations.

The report warns the average temperature on planet Earth could rise around 4 degrees centigrade in the coming 100 years due to ballooning CO2 emissions, declaring “polar bears will be nearly extinct by the year 2100,” according to the journal.

The report’s projections are based on the assumption that the fasting duration of polar bears will be prolonged due to the loss of sea ice. Using such yardsticks as calculation of the bears’ fat consumption in hibernation, the research team estimates the longest possible fasting period, beyond which survival rates of adult polar bears and their cubs would decline.

As a result, some polar bear populations have already reached their limits, according to the researchers. Their report aims to raise the alarm over possible extinction of the king of Arctic animals. 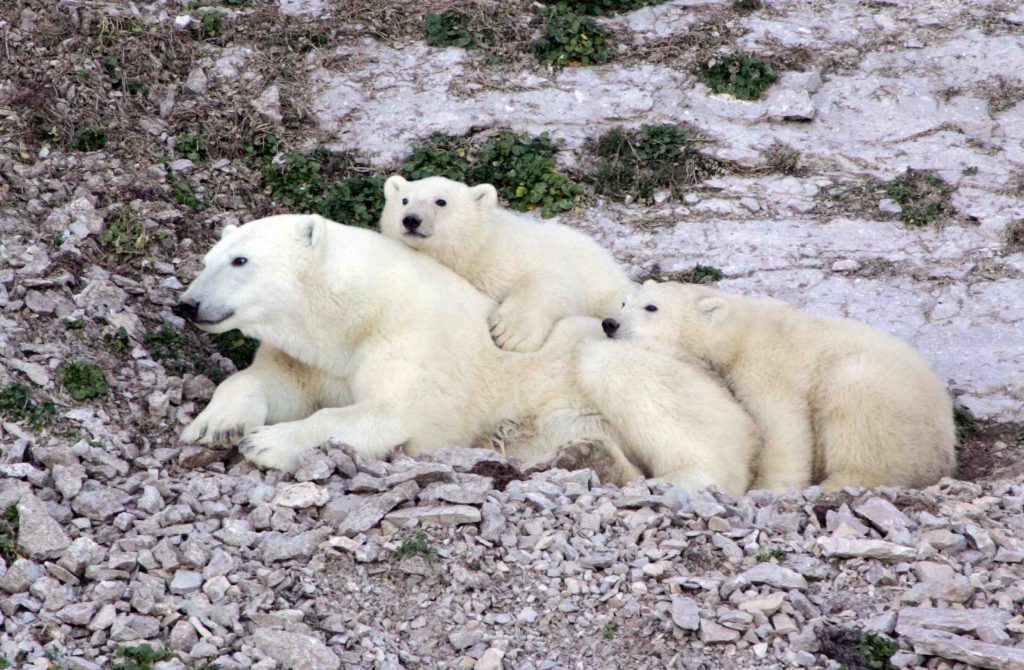 Polar bear mother and cubs in the Arctic

On the other hand, there are researchers who take exception to this view and instead argue that the polar bears are not in decline. Surprisingly, they insist that the polar bear populations have been stable, and even thriving, not plummeting as a result of shrinking Arctic sea ice.

One of such researchers is Dr. Susan Crockford, a zoologist and a former adjunct professor at the University of Victoria, Canada.

Last year she lost her job when renewal of her contract was rejected after 15 years as an adjunct professor, apparently due to the university’s perception that she was a climate change skeptic on the impacts of CO2 emissions.

Dr. Crockford asserts that the shrinkage of sea ice of the Arctic has nothing to do with polar bears’ predation behaviors. The reason for that rests on the characteristics of their predatory activities, she notes.

Polar bears prey on seal cubs using sea ice as their foothold. Dr. Crockford has stressed that more than two thirds of their annual predation is focused on the period from March to June, during which the decline in sea ice is negligible, she says. Admitting that the shrinkage of sea ice becomes conspicuous in September, she points out that polar bears rarely eat at this time of year, so a significant reduction in sea ice at this time of year has little impact on their survival.

The size of the sea ice expanse at the time seal cubs are born is of key importance to the survival of the bears. The area of sea ice diminishes slowly in the spring, according to Dr. Crockford.

Therefore, she emphasizes, it is highly unlikely that polar bears will have died out by the year 2100.

Dr. Crockford cites “20 reasons why polar bears will survive safely,” including the argument mentioned above.

Arguing against the crisis theory, one of the points she makes is that there have been far warmer climates at times over the past 100,000 years. Yet, polar bears have never gone extinct. 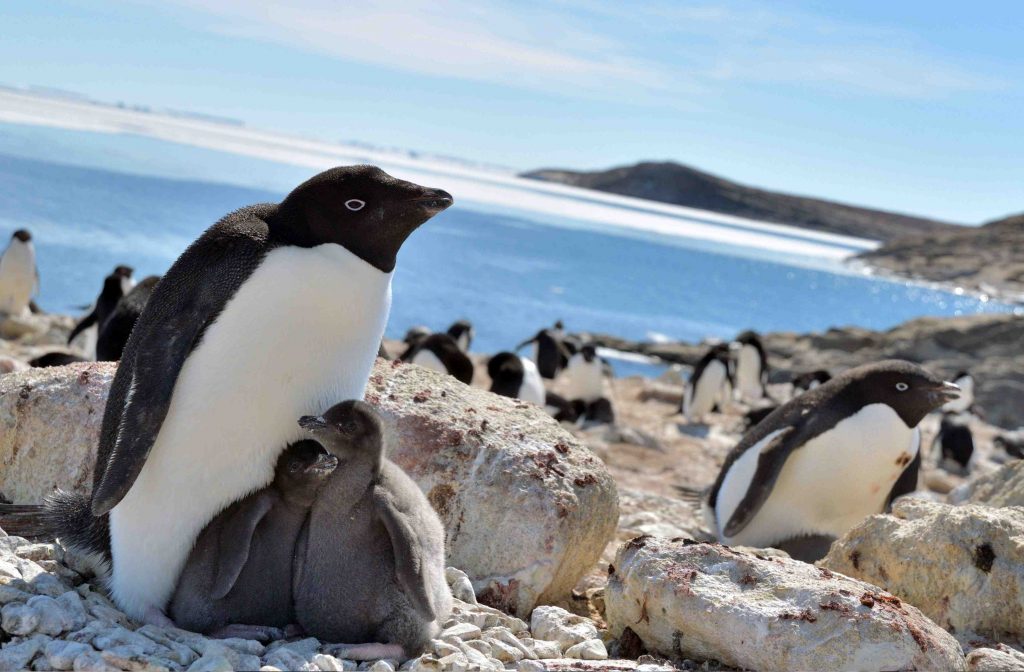 Adelie Penguins in the Antarctic

Penguins Too are Thriving

There are also intriguing research findings on penguins, the symbol of Antarctica.

According to the National Institute of Polar Research (NIPR) in Japan, reduction of Antarctic ice sheet has led to an increase in the weight of adult Adelie penguins, the most common species in Antarctica, and the growth rates of chicks, improving their survival rates. The research results were surprising at first, but understandable once the institute’s explanations are shared.

When sea ice recedes, penguins don’t have to walk on the ice, and their sphere of activity expands as they are able to swim freely. At the same time, they have no trouble finding cracks in the ice when they want to emerge from the sea, the institute says.

In addition, sunlight reaches the seawater more easily, causing an explosive growth of phytoplankton, which in turn leads to an increase in krill, the favorite food of penguins. This makes it easier for penguins to find food, which in turn improves their survival, NIPR explains. This has been learned through four years of field research by the institute into the relationship between Antarctic ice conditions and Adelie penguins.

If you put on the legendary King Solomon’s Ring and the Listening Hood from the old Japanese folk tale, you could probably hear the conversations among the polar bears and Adelie penguins.

The argument of Dr. Crockford and voices of other researchers with similar views are written in a book titled The Politically Incorrect Guide to Climate Change published by Nippon Hyoronsha Co. Ltd (Nippoyo, 2019) .

“I am concerned that on the issue of global warming, the economy and politics often have greater influence than science,” said Dr. Taishi Sugiyama, research director at the Canon Institute for Global Studies (CIGS).

Experts including Dr. Sugiyama have been making efforts to disseminate information such as the uptrend in polar bear populations, and say debate on the issue should be given greater attention in Japan.

Mr. Nagatsuji is a senior staff writer and an editorial writer for the Sankei Shimbun specialized in science and technology.