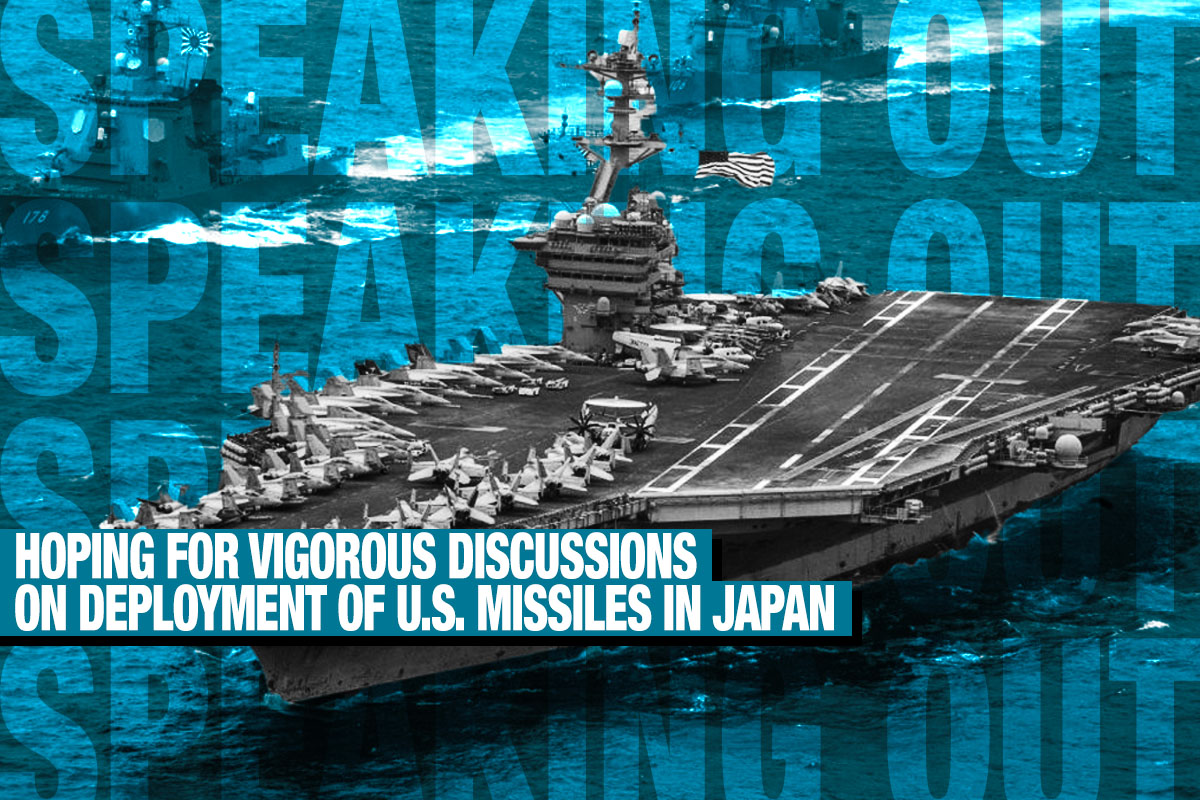 On November 17, the U.S.-China Economic and Security Review Commission, an advisory panel for the U.S. Congress, released its annual report. One of the report’s key points for Japan is a proposal for dialogue to explore the United States partners’ “willingness to host U.S. intermediate-range forces.”

The report also calls for “authorizing and funding the deployment of large numbers of anti-ship cruise and ballistic missiles in the Indo-Pacific” to ensure Taiwan’s security.

In response to these proposals, Japan, as the most important U.S. ally in Asia, should promote vigorous domestic discussions toward the acceptance of U.S. missiles.

Japan Seen as the Most Promising Host Country

Under the Intermediate-range Nuclear Forces (INF) Treaty signed between the United States and the then Soviet Union in 1987, the U.S. has abolished all ground-launched missiles with ranges from 500 to 5,500 kilometers.

Japan and the U.S. have deployed no such missiles. In light of this situation, the United States withdrew from the INF treaty during the Donald Trump administration.

The U.S. wants to deploy intermediate or medium-range missiles as deterrence against China. The problem is whether there are any countries that would accept such missiles.

Taiwan has already been exposed to China’s military pressure. The Association of Southeast Asian Nations (ASEAN) includes many countries that curry favor with China and there is little expectation that they would accept U.S. missiles.

Eventually, Japan may be the only candidate available to accept U.S. missiles in Northeast and Southeast Asia.

Toward the ruling Liberal Democratic Party’s presidential election in late September, candidate Sanae Takaichi said she would like to request the United States to introduce missiles in Japan. But the other three candidates, including Fumio Kishida who won the LDP presidency and became prime minister, were negative toward accepting U.S. missiles.

In a run-up to the INF treaty, however, then- West German Chancellor Helmut Schmidt decided to accept the deployment of U.S. Pershing II intermediate range ballistic missiles and Tomahawk cruise missiles. Those countered Soviet SS-20 missiles, and led to the U.S.-Soviet disarmament pact.

(A version of this article was first published by the Japan Institute for National Fundamentals, Speaking Out #856 on November 25, 2021 in English, and November 22, 2021 in Japanese.)

Fumio Ota is a senior fellow and a Planning Committee member at the Japan Institute for National Fundamentals. He is a retired Vice Admiral of Japan’s Maritime Self-Defense Force.

Fumio Ota is a senior fellow and a planning committee member at the Japan Institute for National Fundamentals (JINF). He is a retired vice admiral of Japan’s Maritime Self-Defense Force.