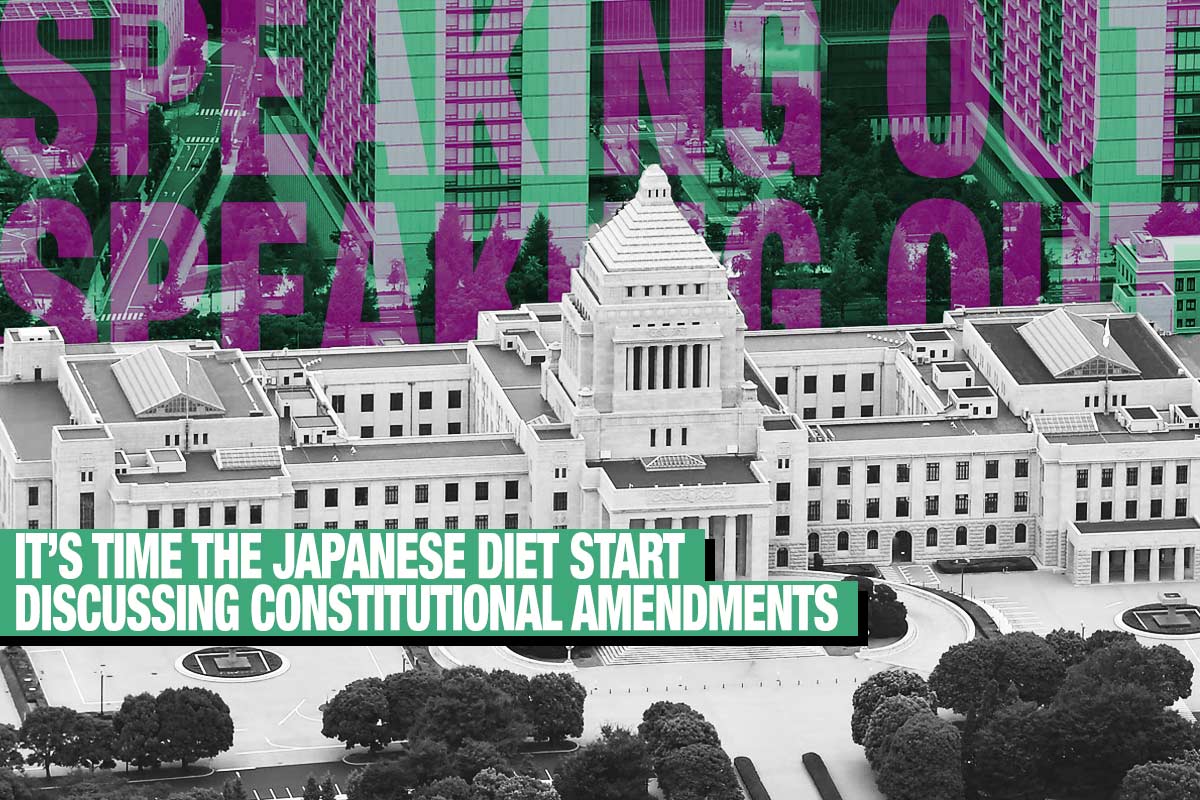 On May 6, Japan’s House of Representatives Commission on the  Constitution passed a bill to revise the National Referendum Act provisions on constitutional amendment procedures.

The National Referendum Act provides for procedures rather than the specific content of constitutional amendments. Nevertheless, the bill to revise the act has taken nearly three years to make its way through the commission since it was submitted in June 2018. It had been left pending during eight Diet sessions.

Given such waste of time, Diet lawmakers can’t help but be criticized for failing the trust of the sovereign people. A national referendum on constitutional amendments is a precious opportunity for the people to exercise their sovereign rights. The National Diet, described as “the highest organ of state  power” in the constitution, has so far deprived the people of such precious opportunity.

Don’t Allow It to be Shelved for Three More Years

There is a matter of concern regarding the National Referendum Act revision bill itself. At a meeting of the LDP and CDP secretaries-general on May 6, the LDP accepted the CDP’s proposal that the bill include a supplementary provision for legislative action to be taken three years following effectuation of the revised act. The issue has to do with the regulations on commercial messages for the pros or cons of constitutional  amendments.

Regarding the supplementary provision, some CDP lawmakers say it would be difficult to discuss constitution amendments over the three years. The supplementary provision was agreed at the closed LDP-CDP meeting, of which no minutes were made, and may be interpreted in various ways. If the vague agreement is used to shelve discussions on constitutional amendments, it would be egregious.

Lawmakers should be unflaggingly discussing the constitution and specific constitutional amendments right now. Japan is in a severe security environment and battling the novel coronavirus crisis, both of which are hindered by the constitution. But the lawmakers have not fulfilled their responsibility.

It causes me to doubt whether Prime Minister Yoshihide Suga himself is truly ambitious to see the constitution amended.

In a video message to a meeting of constitutional amendment  supporters on May 3 ー Constitution Memorial Day ー Suga noted that interest was  growing in making preparations for emergency situations. He even emphasized the necessity for amending the constitution to include emergency clauses. Asked at a press conference  on May 7 to explain specific infectious disease countermeasures that cannot be taken without an emergency clause in the constitution, however, Suga said that he would  check various problems and consider what should be done after the pandemic is settled.

Such a remark would not be made by a person who considers constitutional amendments on a routine basis. The National Referendum Act revision alone cannot resolve the problem.

Nor will it satisfy conservatives that “Prime Minister Suga has achieved the enactment of the revision (to the  National Referendum Act),” that his predecessor Shinzo Abe could not accomplish, while advocating constitutional amendments, as the Asahi Shimbun newspaper put it on May 7. “The Prime Minister has the motive of solidifying support from conservatives as the LDP’s power base.”

Suga cannot possibly view the enactment of the revision alone as his achievement, as described by the Asahi Shimbun. At a time when Chinese threats are growing more serious, conservatives seek constitutional amendments to prevent the Self-Defense  Forces from being forced to act under restrictions imposed by Article 9 of the constitution. They will not be satisfied with the enactment of the revision to the  National Referendum Act alone.