[Speaking Out] Japan Just Has to Clear Misunderstanding about Pearl Harbor 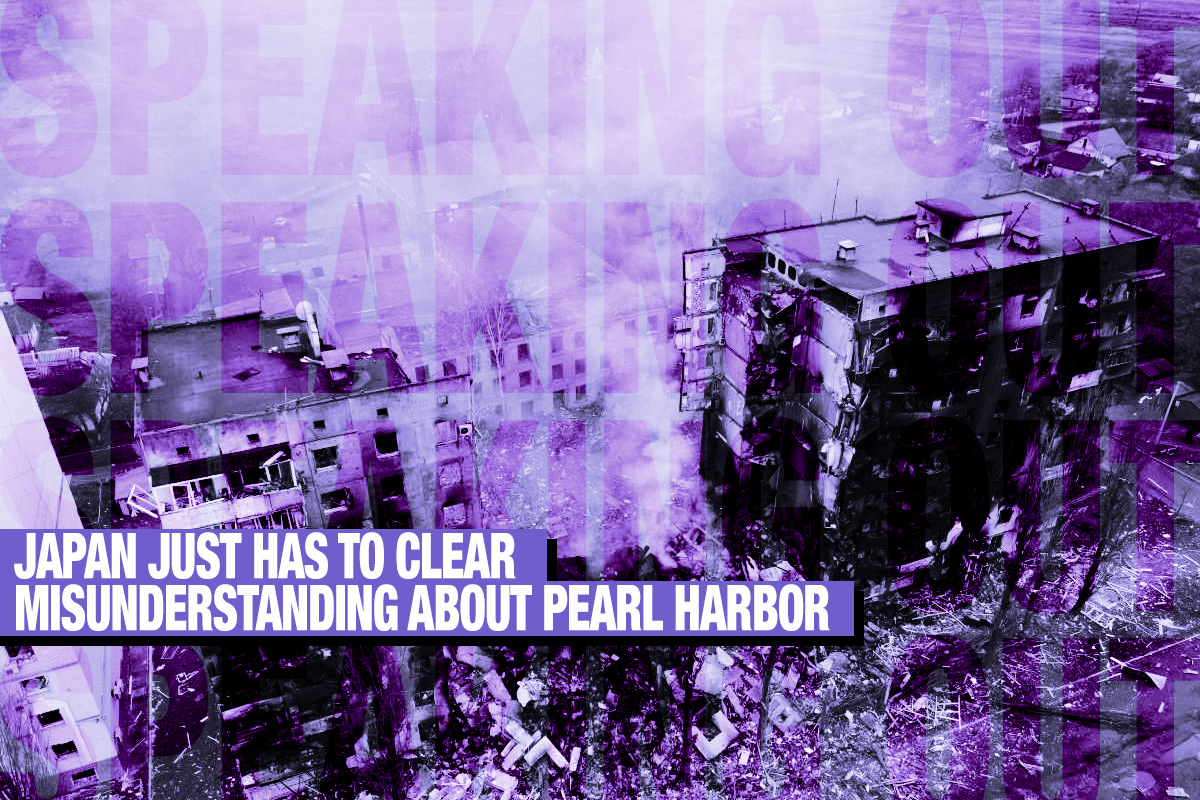 An aerial view shows a residential building destroyed by shelling, as Russia's invasion of Ukraine continues, in the settlement of Borodyanka in the Kyiv region, Ukraine March 3, 2022. Picture taken with a drone. (Reuters)

On March 16, Ukrainian President Volodymyr Zelensky delivered a virtual address to the United States Congress. He called for solidarity with Ukraine, asserting that Americans should not be indifferent to the tragedy of Ukraine under Russian invasion. The address was excellent as a whole. But it included one point that Japanese could not ignore. The part of the speech in question was as follows:

“Ladies and gentlemen, friends, Americans, in your great history you have pages that would allow you to understand Ukrainians. Understand us now, when you need it right now — when we need you right now. Remember Pearl Harbor — terrible morning of December 7, 1941, when your sky was black from the planes attacking you.”

As a matter of course, Zelensky had no intention to criticize Japan. He only cited the familiar event for Americans as an example of the terror of being attacked from the sky. In fact, however, there are Japanese whose feelings were hurt by Zelensky’s remark.

Zelensky did not make a simple comparison of Japan’s attack on Pearl Harbor and Russia’s attack on Ukraine. While the Japan-US war is attributable to a conflict of opinion and interest over the future of East Asia, Russia’s aggression in Ukraine is unjustifiable, illegal, brutal and a unilateral act of violence. It is inappropriate to use the memory of one scene of the former to deepen understanding of the latter.

How should Japan respond to the inappropriate comparison based on misperception?

As a Ukrainian caring about Japan-Ukraine friendship, I do not want the impression of Ukraine in Japan to become bad because of the president’s remark. I would suggest Japan ask Zelensky through diplomatic channels to correct the remark. Such a Japanese request may provide Zelensky with a precious opportunity to correct his wrong perception.

At the same time, however, Japan must understand this is not just about Zelensky. Regrettably, most Westerners have a similar historical perception. Former United States President Donald Trump has described Japan’s Pearl Harbor attack as evil. To correct the wrong perception, Japan has no choice but to proactively promote external communications.

In reality, established stereotypes will remain unchanged unless proactive attempts are made to correct them. And in Western countries, only a few people are free from this stereotype.

They cannot be expected to voluntarily move to change Western countries’ assessment of Japan regarding World War II. Therefore, Japan, subjected to this misunderstanding, must proactively try to clear misunderstanding.

(A version of this article was first published by the Japan Institute for National Fundamentals, Speaking Out #900 in English on March 24, 2022 and in Japanese on March 22, 2022.)

Andrii Gurenko is an international political scientist from Ukraine.