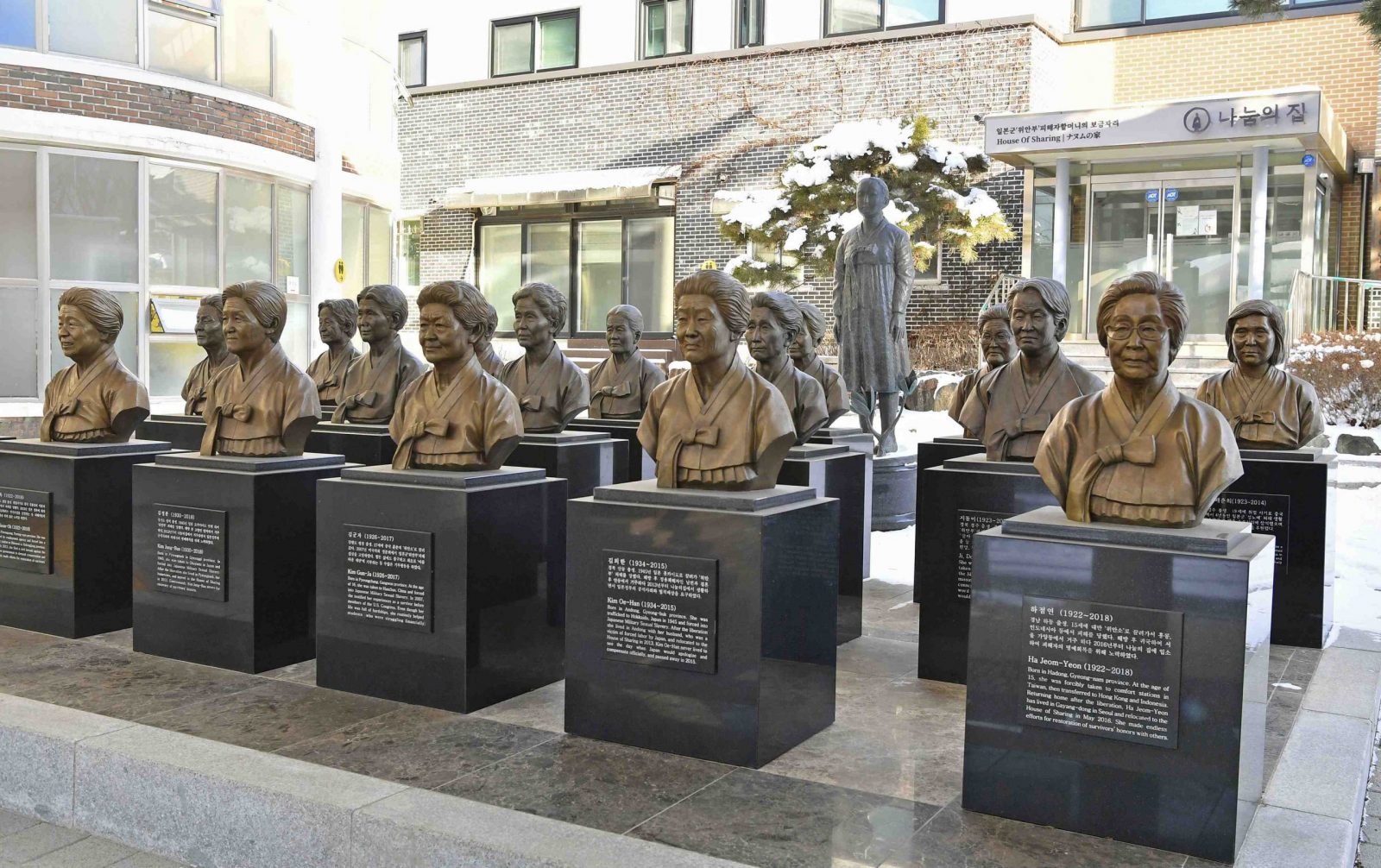 Bookmark is a JAPAN Forward feature that gives you long reads for the weekend. Each edition introduces one overarching thought, in some cases branching off into a wide variety of themes. Our hope is for readers to find new depths and perspectives to explore and consider.

In his article for Harvard University, J. Mark Ramseyer, PhD, posits the relationship between comfort women and brothels as contractual. The key point in Korean and American researchers’ ongoing criticisms against him is that he failed to present contracts — that is, literal “sheets of paper” containing the contents of the contract.

Such criticisms arise from a lack of understanding of cultural differences between the West and Chosun (Korea). While the West had a culture of documenting agreements in writing, Chosun relied heavily on oral contracts. The critics say that there are no written contracts based on their belief that no contracts took place at all. Their argument goes: How can there be written contracts when there were no contracts?

Critics of Dr. Ramseyer have their own reasons for arguing this way. They firmly believe that Korean women did not become comfort women through a contract, but through “forced recruitment” by Japanese soldiers, police, and officials. They argue: How can we talk about contracts when women were “recruited against their will”?

What Can Be Considered Evidence?

Critics of Dr. Ramseyer believe there exists abundant evidence that supports their certitude. There is “testimony” of former comfort women who are “victims.” Seiji Yoshida’s My War Crimes. Japanese military documents discovered by Yoshiaki Yoshimi in 1992. The Kono Statement of 1993, containing the Japanese government’s “apology.” And reports by international organizations, such as the International Commission of Jurists (ICJ), Amnesty International, including the United Nations’ Coomaraswamy Report in 1996.

However, contrary to their belief, among all these pieces of “evidence,” the only one that remains today is the testimony of comfort women. The rest of the so-called evidence is either fictional, a mere expression of views, or reliant on comfort women’s testimony.

Reports of international organizations are based on the testimony of comfort women and that of Seiji Yoshida, documents of the Japanese military, and the Kono Statement. The Japanese government only released the Kono Statement because it was pressured by the circumstances where almost everyone believed there existed testimonies of victims and perpetrators, and military documents proving them. However, since 1993, it has been proven that the military documents were in fact irrelevant to the claim of forced recruitment.

No additional documents have been found. Furthermore, as Seiji Yoshida’s My War Crimes: The Forced Removal of Koreans turned out to be a work of fiction, the Asahi newspaper had to retract their previous reports based on Yoshida’s statements, which was quite disconcerting given its reputation as the largest circulating newspaper in Japan. So, although it might seem there is an abundant amount of evidence, the reality is that every evidence was already refuted, and the only piece of evidence that remains today is the testimony of comfort women.

The remaining question then is whether the claim of “forced recruitment” by former comfort women is credible.

How the Testimony Changed

Testimonies of comfort women in the early 1990s, when they first came forward, had nothing to do with forced recruitment. At the time, they testified that they became comfort women through the employment fraud of Koreans, or through sex trafficking carried out by their parents.

But when the comfort women issue became a social, political problem as well as a diplomatic problem between South Korea and Japan, they started to change their words. They began to claim that they were “forcibly recruited.” Their testimony became politically contaminated.

Let’s take a look at an example.

Yong-soo Lee, a former comfort woman who is treated like a national hero in South Korea and who seems to think of herself as an independence activist, appeared on KBS TV on August 15, 1992. When the program host asked her how she became a comfort woman, she answered as follows:

“I was 16. I had no clothes, no food. Then someone gave me a dress and a pair of shoes, telling me to come with him. So I followed him, excited, without thinking about anything else.”

Here, she speaks of a typical kidnapping case involving a comfort station owner.

However, on February 16, 2007, when she appeared as a witness at a hearing for comfort women in the United States House of Representatives, she testified differently, contributing to the resolution condemning Japan:

“Soldiers and the girl came in, held my shoulders like this, covered my mouth with one hand, and the soldier stabbed me in the back with something. I got dragged away at night.”

As can be seen here, the first problem with the “testimony” of comfort women is that it lacks consistency.

The more important problem is that there is no objective proof supporting their testimony. There are no official documents which point to “forced recruitment” by Japanese authorities. There are no records left by a third party (family, relatives, neighbors, etc.), including civilians, that attest to witnessing such an event, and there are no contemporaneous statements from such relatives and neighbors.

Nevertheless, advocates of the forced recruitment theory claim that “200,000 people” were taken to Japan. Yet, they were not able to present a single piece of evidence in the last 30 years. As such, we cannot trust the testimony of comfort women any longer.

According to news reports, a leading critic of J. Mark Ramseyer, Alexis Dudden, a professor at the University of Connecticut, asserted (translation), “If there is no documentation to support the claim, if there is no evidence, the claim is not true.” She called Ramseyer’s argument a “total fabrication” and typical fraud.

Then, in my turn, I would like to ask her if she thinks comfort women’s “testimony” would pass the very standard of evidence that she insists on.

If it wasn’t forced recruitment, how did Korean women come to work as comfort women for the Japanese military?

First, there were cases in which Korean recruiters pretended to offer job opportunities and enticed women away without telling her or her parents the truth. These are cases of employment fraud. In such cases, employment contracts would have been unnecessary, and upfront advances would not have been paid, or a smaller sum would have been paid, compared to comfort women. But kidnapping, including employment fraud, was subject to police crackdowns long before the war, as thousands of Koreans were working as professional recruiters at the time.

Also, to take women from Chosun (the Korean Peninsula) to a comfort station at a foreign military camp, one needed several official documents. For example, any traveler going to places such as China or Southeast Asia needed to have an “identification card” issued by the police chief, for which the purpose of the trip was stated.

For comfort women, the procedure was much more difficult. Required documents included:

The job approval letter, seal certificate, and family register copy could only be filled out by or issued to the woman herself). In addition, there was a required:

In the case of kidnapping or employment fraud, preparing these documents would have been impossible.

According to newspapers at the time, sex trafficking was commonplace to the extent that it became a social issue. In the mid-1920s, Japan went through a similar situation. Even in the 2-26 coup in 1926, one of its important triggers was the abysmal situation faced by soldiers from provinces, who were financially struggling to the extent that their sisters were being sold into prostitution.

As I said in a previous article, these transactions were situated at the boundary between illegal sex trafficking and the legitimate exercise of rights under the hoju system (family registration system) and legal employment service. As a result, on one hand, sex trafficking was rampant under the name of “flesh market” and was treated as a social issue. But, on the other hand, most of the people who were investigated for sex trafficking at that time ended up being found not guilty.

Considering such circumstances, we should reasonably deduce that parents who were making contracts with recruiters knew exactly what their daughters would do. Even if there weren’t explicit contracts in writing, if parents knew about it, their agreements were indisputably “contracts.” Critics of Ramseyer don’t seem to be aware of these circumstances of Chosun.

Not Sex Slaves but Sex Workers

In a previous article, I speculated that the most representative case of contracts being signed between comfort women and brothels was found in the recruitment of women who were already working as prostitutes in Chosun or elsewhere.

In fact, there exists testimony that describes such circumstances. It is found in the interrogation record of three Korean civilian workers in the Japanese Navy, who were captured by the U.S. in early 1945. The questions in the record were:

The answers were as follows:

First, their reply suggests that there was no “forced recruitment” nor could there have been.

Second, it shows that the common ways in which one became a comfort woman included sex trafficking perpetrated by women’s parents, recruitment of existing prostitutes, and employment of ordinary citizens. I have not yet seen a testimony as comprehensive as this one when it comes to the reality of the process of becoming a comfort woman.

If the main methods of recruiting comfort women involved sex trafficking carried out by parents and the recruitment of prostitutes, we should acknowledge that the involved parties (comfort woman herself or her parents) made economic contracts with the brothel. Comfort women were not sex slaves but sex workers. Contracts that they made with recruiters or brothels are not different from ordinary labor contracts between labor and management.

To deny this, one must refute that the factors J. Mark Ramseyer argues as being the substance of the contracts — such as payment of upfront advances, the existence of the contract period, and the split of sales — did not exist. But, so far, no criticisms against Ramseyer’s article have succeeded in refuting any of these points.

In this regard, I am certain that Ramseyer’s article will be an excellent place for international academia to finally start engaging in a new conversation about the comfort women issue.

Lee Wooyoun is an author and scholar with a PhD in economics, specializing in Korean economic history. He is a researcher at the Naksungdae Institute of Economic Research in Seoul.

Articles by this author related to this debate:

Articles by other authors related to this debate below, and here: