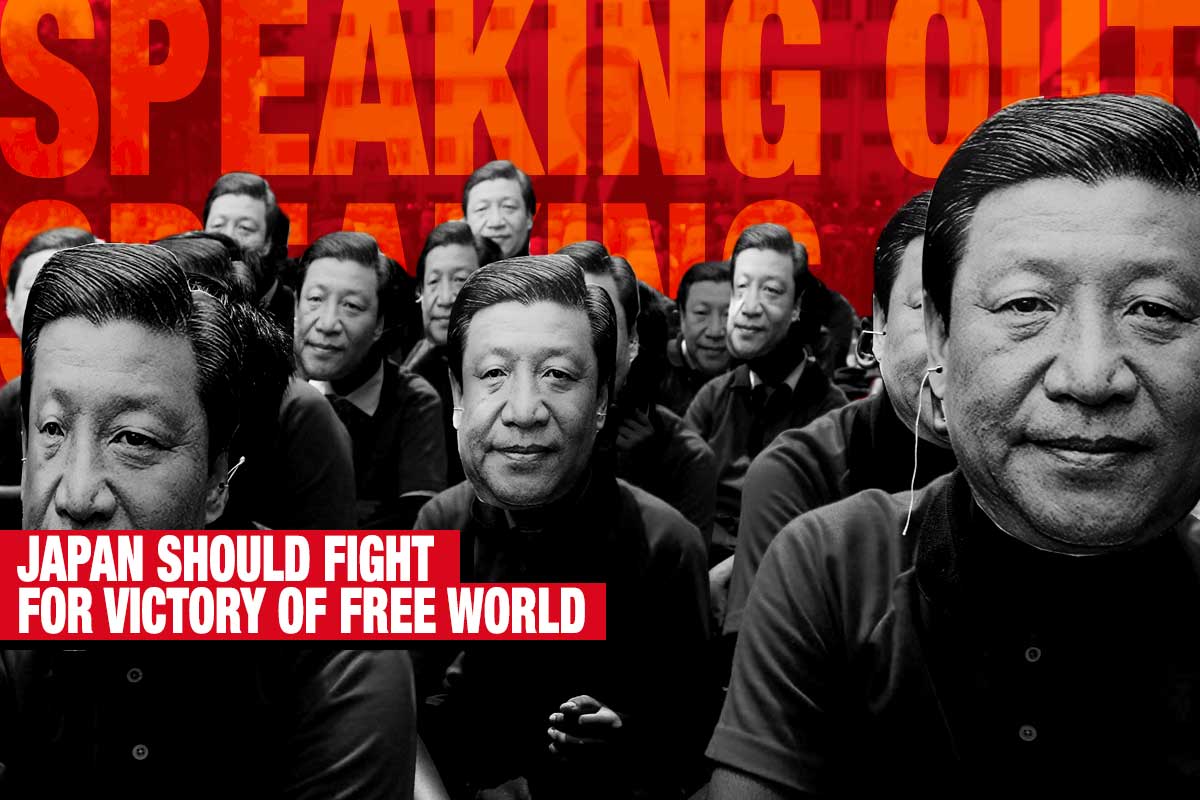 There is turbulence on the four seas. The international community faces an extraordinary set of crises in a year that opened with aberrant behavior in the United States and in China. The essence of the crisis is the danger of the world being swallowed by the expanding reach of China.

The time has come for Japan to ask how it can contribute to the free world. We have once endured the threat of great powers. Can we fend off threats from the Chinese Communist Party and demonstrate Japan’s way to the world this time?

The current crisis is far more serious than it was 160 years ago when the U.S. black ships arrived in Japan. The primary reason is because the international situation now is very different.

In the second half of the 19th century, Western powers threatened Japan but failed to focus on invasion because of their respective domestic problems. The U.S. was plagued with a four-year Civil War, losing 620,000 soldiers. In Europe, Britain, France, and the Ottoman Empire fought the exceptionally large-scale three-year Crimean War against Russia from 1853. The two sides lost a combined total of more than 750,000 soldiers from injuries and disease. Fortunately for Japan, their preoccupation on these fronts left few resources to devote to an invasion of Japan.

Japan’s government and people felt the weight of the nation’s fate at the time. The people kept in mind Emperor Meiji’s Charter Oath of Five Articles, and amid the tension the government formulated a policy of “increasing wealth and military power”.

What about now? The U.S. which has provided the foundation for Japan’s defense, has experienced unprecedented turmoil in the presidential transition. The incoming Biden administration faces challenges that are likely to consume its attention, such as the COVID-19 pandemic, racial discrimination and social divide, economic stagnation, and global warming.

President-elect Biden pledged to enhance cooperation with U.S. allies, but can we place great expectations on this?

Meanwhile, China has been advancing the violent, authoritarian practices of the Chinese Empire, such as the mass arrest of pro-democracy activists in Hong Kong, in defiance of protests from the international community.

Moreover, as U.S. Secretary of State Mike Pompeo pointed out on May 6 last year, confirmed by a scoop revealing secret Chinese documents in the February 2021 issue of Seiron magazine, the Chinese government knew that the Wuhan virus was a “serious infectious disease” that could be passed from human to human, and knowingly concealed that fact while allowing it to spread throughout the world.

Nevertheless, Chinese Foreign Minister Wang Yi lauded 2020 as a meaningful year during which China opened a new era in its diplomacy.

Inattention Could Ruin the Country

On December 11 last year, the Chinese Communist Party in its Politburo collective study session emphasized the importance of the slogans, “community with shared future for mankind” and “firmly maintaining the concept of national security.” What Chinese President Xi Jinping terms “national security” means the security of  the regime, the security of the Xi Jinping dictatorship.

President Xi is building a second Mao Zedong regime, inevitably deepening the confrontation of values between China and Russia on one side, and Japan, the U.S. and Europe on the other.

The time has come for Japan to pay close attention to the U.S. Biden administration and Europe, particularly Germany, and contribute to establishing a cooperative structure for the free and democratic camp.

Above all, in order to maintain our nationhood Japan must fight in every sense. Can Japan do so with a 73-year-old constitution that has never been amended? Unless the government and people brace themselves, Japan is really at risk. That is the reality of this year.

(A version of this article was first published by the Japan Institute for National Fundamentals, Speaking Out #755  on January 18, 2021.)