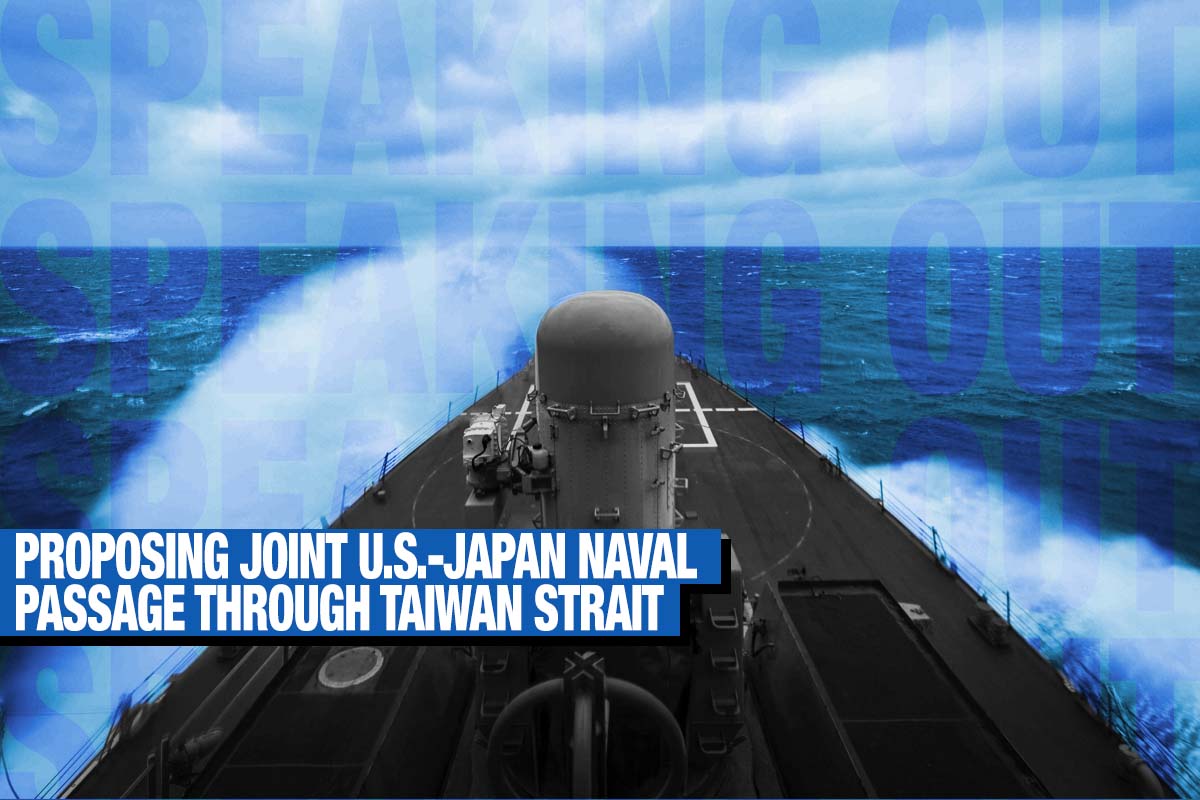 Tensions are rising in the Taiwan Strait as China expands its military activities. From January 1 to August 8 this year, a total of 367 Chinese People’s Liberation Army aircraft intruded into the southwestern Air Defense Identification Zone of Taiwan over a total of 125 days, according to the Taiwanese Defense Ministry.

In response, the Taiwanese Air Force has tasked fighter aircraft for combat air patrol, issued radio warnings from the ground and deployed ground-to-air missile radar systems to track and monitor Chinese military aircraft. Chinese military aircraft have increasingly entered the Japanese or Taiwanese ADIZ in the East China Sea, the Miyako Strait (between Okinawa and Miyako Islands) and eastern Taiwan as well.

The international community has responded strongly against such a show of force by China to Taiwan. As Japanese, U.S. and European leaders at their successive summit meetings have called for peace and stability in the Taiwan Strait since early this year, the Taiwan issue has attracted attention. What should Japan and the United States do to defend regional peace and security? In this respect, I would like to make the following policy proposals:

Taiwan Should Be Invited to Multilateral Participation

Since the inauguration of the Biden administration, the U.S. has sent military ships to pass the Taiwan Strait seven times in “freedom of navigation operations” to restrain China. Canada, France, Australia and Britain have followed suit.

If Japanese Maritime Self-Defense Force ships make “innocent passage” through the strait along with U.S. warships in “freedom of navigation operations,” it will be strategically significant.

In recent years, an increasing number of countries including Japan and the U.S. have conducted joint military exercises in the Indo-Pacific. But Taiwan has never been invited.

If Taiwanese are invited even to preparatory stages of such exercises, it will provide good opportunities for Taiwan and other countries to interact.

How would Japanese and Taiwanese defense authorities contact each other in the event of an air collision? Given that contact networks are important, Japanese defense attaches in Taiwan should be active SDF officers.

Enhanced Surveillance on the Bashi Channel and Miyako Strait is Necessary

Taiwan is independently building submarines, planning to launch a prototype as early as 2024. But it will take much time to commission submarines. Until the Taiwanese Navy becomes able to share a burden of ensuring maritime security in surrounding waters, Japan and the U.S. should strengthen their vigilance and surveillance against PLA actions in the Bashi Channel (between Taiwan and the Philippines) and the Miyako Strait.

(A version of this article was first published by the Japan Institute for National Fundamentals, Speaking Out #819 on August 18 in English, and on August 16, 2021 in Japanese.