INTERVIEW | Why Japan Should Not Give Up on Nuclear Energy 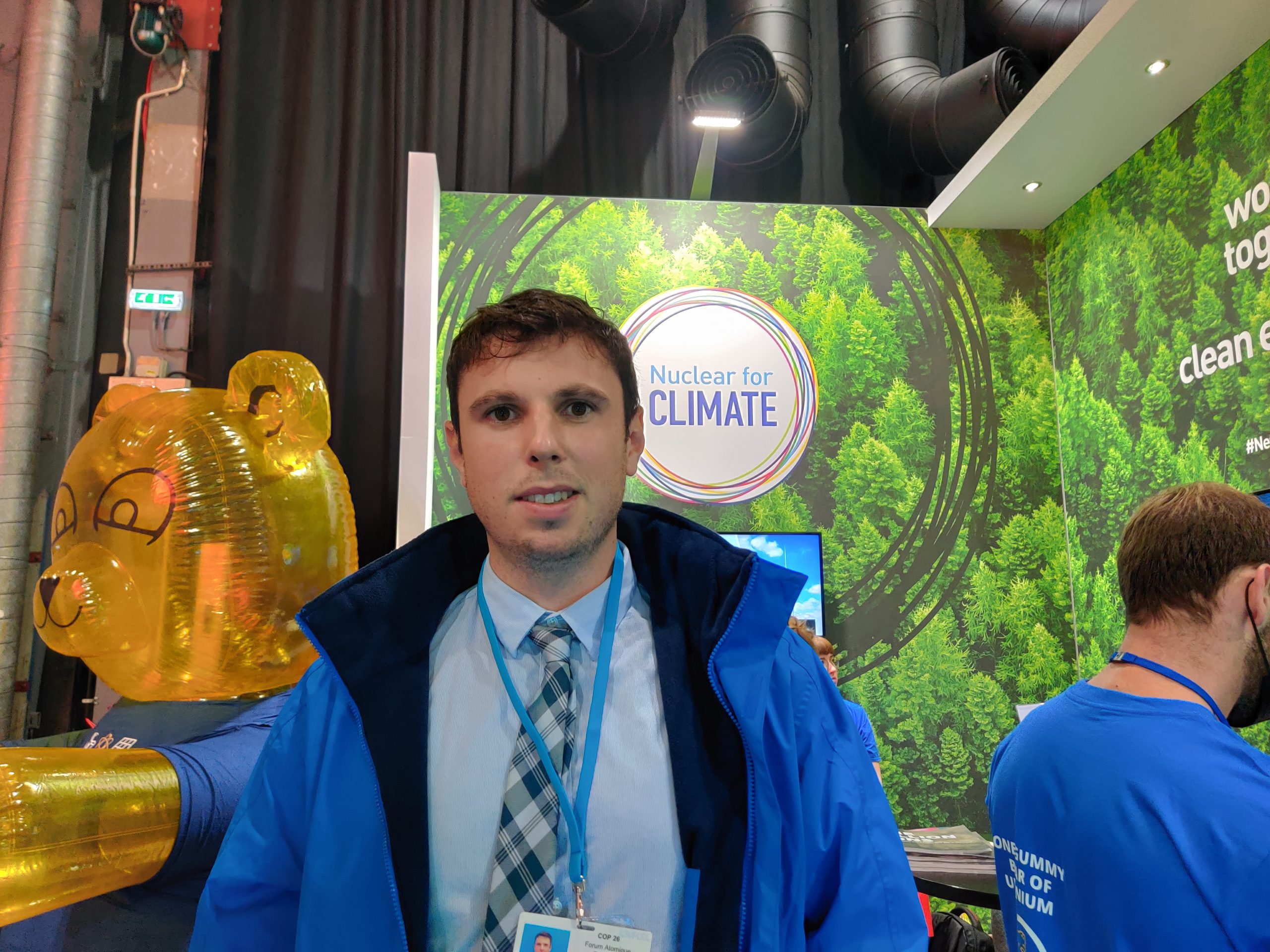 Gert Pille talks to JAPAN Forward about the possible applications of nuclear energy for the environment.

In the race to carbon neutrality, countries are broadly searching for the key to maintaining their access to energy resources to maintain modern lifestyles and industry, while reducing their use of fossil fuels that heavily contribute to greenhouse gases. In this search, the issue of nuclear energy inevitably comes up.

The prospect of relying on nuclear energy is a very divisive topic. A look at the different approaches in Europe illustrates the point. Following Fukushima, Germany moved away from nuclear energy, whereas France has over 70% of its energy derived from nuclear power plants.

Currently, Japan has nine nuclear reactors in operation (out of 33 functional reactors). But as of 2019, it relies on fossil fuels and natural gas for 86% of its electricity (40% oil, 26% coal, and 20% natural gas), according to Our World in Data. Moreover, Japan imports the vast majority of these three sources of coal, fossil fuels, and natural gas from abroad, according to data from the Japanese Agency for Natural Resources and Energy at the Ministry of Economy, Trade and Industry (2018).

Yet, in Japan, with pressure rising to achieve carbon neutrality by 2050, the view that nuclear energy is a necessity to reduce dependence on fossil fuels is gaining traction.

To learn more about the broader debate, JAPAN Forward spoke to Gert Pille, a nuclear engineer with a Master of Mechanical Engineering from Aston University. He is currently working in Belgium at Tractebel, a company committed to engineering solutions that work towards a sustainable future.

Pille is also a volunteer at an organization, Nuclear for Climate. We caught up with him at COP26 in Glasgow, where he was a participant.

With regards to Japan, the nuclear engineer offered his insights as to why the country should consider nuclear energy to meet its needs in the future, as opposed to abandoning nuclear technology in favor of fossil fuels.

“For Japan to give that up voluntarily and move towards imported fossil fuels, I am not sure if that is the best decision,” he said.

One concern that many people have when thinking about nuclear energy is: But what about safety?

This is especially true in a country like Japan that experienced the Great East Japan earthquake and tsunami in 2011, which caused damage to the Tokyo Electric Company (TEPCO) Daiichi Nuclear Powerplant.

Pille, however, looks at the 2011 disaster from a different perspective than most of us. His view is that the earthquake proved that humanity can design power plants that can resist earthquakes. In fact, it was not the devastating earthquake, but rather the tsunami that followed, that put the power plant at risk and damaged the generators, leading to the leak of radiation.

“The earthquake off the coast of Fukushima [in 2011] was one of the strongest in history. After the quake, it (the nuclear power plant) went into the safe shutdown stage immediately. Then the wave came, and that’s what caused issues,” he said.

Pille continued: “Look at the damage it (the earthquake) caused to bridges, and other infrastructure in Japan, but the power plant was completely functional. It was a demonstration of how resilient [nuclear power plants] are to earthquakes.”

The nuclear engineer argued, however, that one way to further reduce the risk was to build power plants away from geological cracks in the earth’s crust, known as “geological fault lines,” thereby improving the confidence in nuclear power as a safe option.

Pille also explained how safety is incorporated into today’s designs, for example with Small Modular Reactors (SMRs) that promise to be smaller, safer, and less expensive ways to build power plants and distribute nuclear energy to end users in the future. On the investment side alone, there is a less prohibitive upfront cost, with returns within “five years, instead of 20,” according to Pille.

The technology is still in its development stages, and, according to the International Atomic Energy website, is seeking to reach fruition within the decade, with trials already happening in Russia, among other places.

“Countries like Poland, Estonia, and private companies are looking at SMRs on their big industrial side,” said the nuclear engineer.


The Future of Nuclear

If one is concerned about an activist’s agenda, Pille gave assurances that volunteers with Nuclear for Climate are not “pro-nuclear per se.”

“If I were living in Norway, I would not be pro-nuclear. They already solved their energy situation with hydroelectric energy,” noted Pille.

He explained how nuclear energy could help fill the unresolved gaps that come with using renewable energies.

“Countries like Sweden, they have a combination of wind, solar, hydroelectric, and nuclear [energy]. They have completely decarbonized their energy production, with zero emission” he pointed out.

Pille also pointed to the challenges faced by his home country, Belgium, which in his words has “small coastline, very little sunlight, so the geographical potential for renewable energy is low.”

“We [in Belgium] will go to nuclear phaseout, and the consequence is that investment and consumption of fossil fuels has gone up,” he continued.

“We are all trying to pull our weight and do our part in the energy transition. For us, Belgium is now an example of how not to do it,” concluded the nuclear engineer.

For the future, the nuclear engineer also gave an overview of what creative solutions we could expect from nuclear energy, and in combination with it.

“Hydrogen is probably one of the most interesting applications for us in the future because it could handle the swings in the availability of renewables,” leveled Pille.

The nuclear engineer explained how the high-energy deriving source could be key in many other processes, for example the Middle East in desalinization technology, and much more.

In addition, Pille elaborated on how “You can even recombine it with CO2 and create methane or other compounds or materials that can then be used as fuels.”

In conclusion, he encouraged experts and policymakers in Japan not to give up on nuclear energy, especially in view of the net carbon aim by 2050.

“There are so many countries in the world that would like to have nuclear power. So many developing nations that just don’t have the competence, the supply chain, the regulatory body to build it, but would love to have it,” he explained.

“For the countries that have it to voluntarily give it up,” he admonished, “I think it’s a luxury you are giving away for free.”