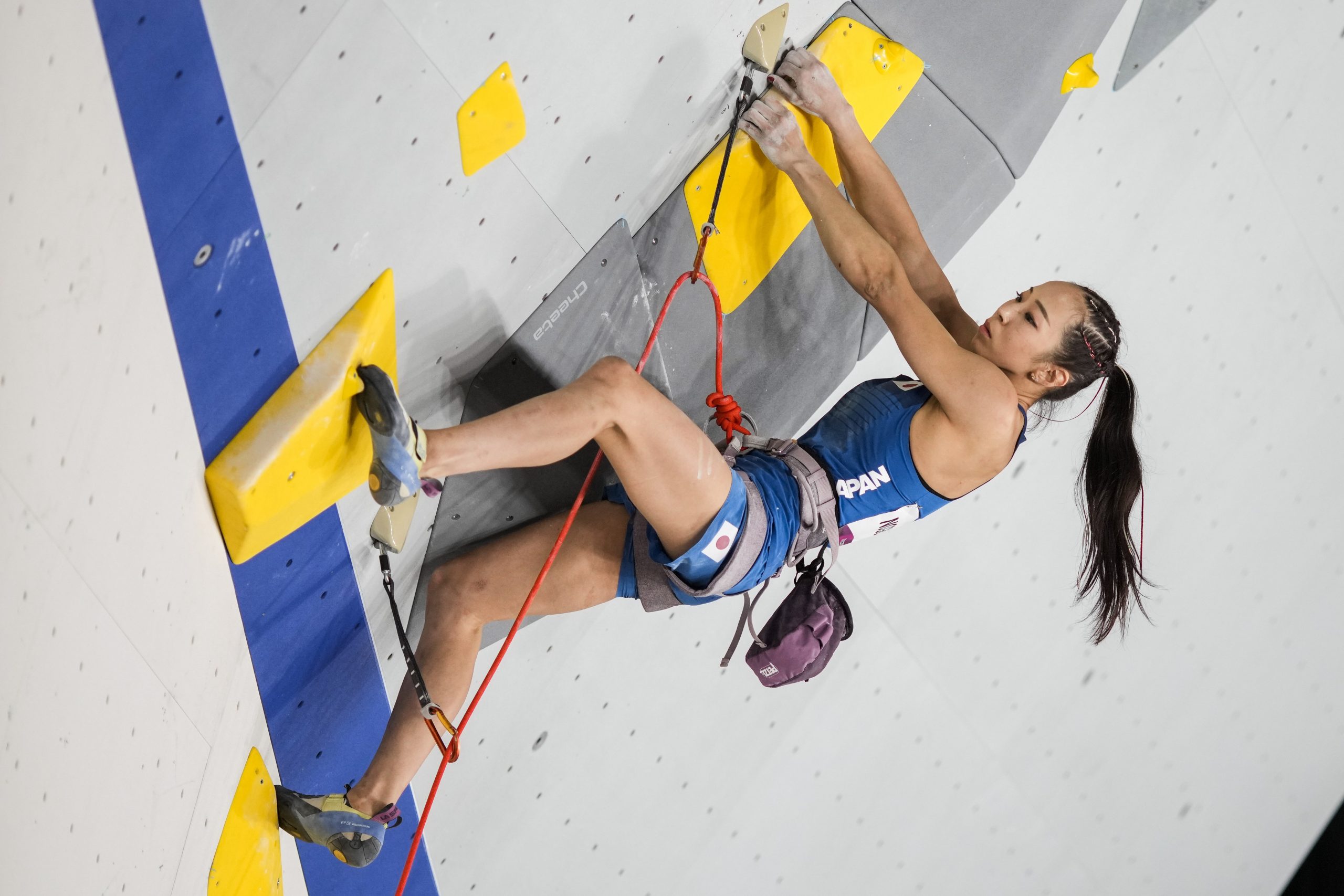 The top spot on the podium was taken hands down by the queen of bouldering, who rose to the occasion with the best overall performance, Slovenia’s Janja Garnbret, with a stellar score of 5.00.

With the lowest score meaning the top of the podium, the defending world champion in Hachioji in 2019 and Innsbruck in 2018 showed once more why she is the best climber in the world.

In its debut in the Olympics, the sport climbing women’s final delivered thrills and excitement until the end of the competition.

The first part of the competition focused on speed, and Poland’s Aleksandra Miroslaw brought some worry to her competitors, by coming first in the round and setting a world record of 6.84 seconds.

Noguchi and Nonaka were close behind, as they came third and fourth in the round. Garnbret was fifth.

However, the 22-year-old Slovenian quickly climbed away from the pack by dominating in the second round, which was bouldering. All athletes struggled to tackle the agility and coordination problems in the prescribed time of four minutes. Garnbret was the only athlete to solve two of three problems, and she even completed the second problem in one go.

Both Nonaka and Noguchi had only managed to climb half of two climbs, making them third and fourth in the round, respectively, a blow to both athletes who are considered strong in this category.

The real battle came in the final round, lead, where athletes have one chance to make their way up a 15-meter wall, with varying shaped holds and levels of inclination.

Garnbret did the climb of her life, reaching the 37th hold, just meters away from the top, among obvious exerted effort and gasping breaths.

The 32-year old Noguchi, who had prior to the competition said that this was going to be the last climb for her as a pro, gave it her all and arrived over the 29th hold mark.

The 24-year old Nonaka, who is normally considered weak in the category, climbed to a respectable 21st hold, and only fell when her wrong leg placement made her lose balance. A strong contender in the category, America’s Brooke Raboutou, cleared the way by falling just before the 20th mark, after losing her grip on a tricky finger hold.

Having preserved a consistent ranking between three and four in the previous rounds, the Japanese’s consistency paid off with the final round. Nonaka placed second overall with 45 points, and Noguchi came third (64).

“After I did really poorly in the bouldering, I couldn’t climb a single problem, I thought my heart was going to break,” said a slightly dejected bronze medalist Noguchi to NHK after the competition. “But I didn’t give up, and I was happy with the climb I did in the lead.”

Silver medalist Nonaka for her part, despite being disappointed with the flow of the competition, was happy with the medal result:

“We’ve also been working hard together, me and Akiyo-chan (Noguchi), and we’ve been dreaming of getting a medal together. The fact that we could do that, is the most important thing.”

Japan’s ace in the men’s category, Tomoa Narasaki, had missed out on scoring a medal in the final on August 5.

Yet, quite apart from the competition, one of the most inspiring aspects of the sport could be seen in the observation period before the climb. In that important moment where athletes choose their strategy, rather than working separately, they were all working together, bouncing ideas off each other, in an unusual display of camaraderie and problem solving, and a rarity in competitive sport at the Olympics.

For those who can’t get enough, sport climbing is set to feature also at the Paris 2024 Olympics with more medal categories, bringing more excitement to fans in the future.