This is What Artificial Intelligence, Virtual Reality Will Make Tokyo Trains Look Like Beyond 2020 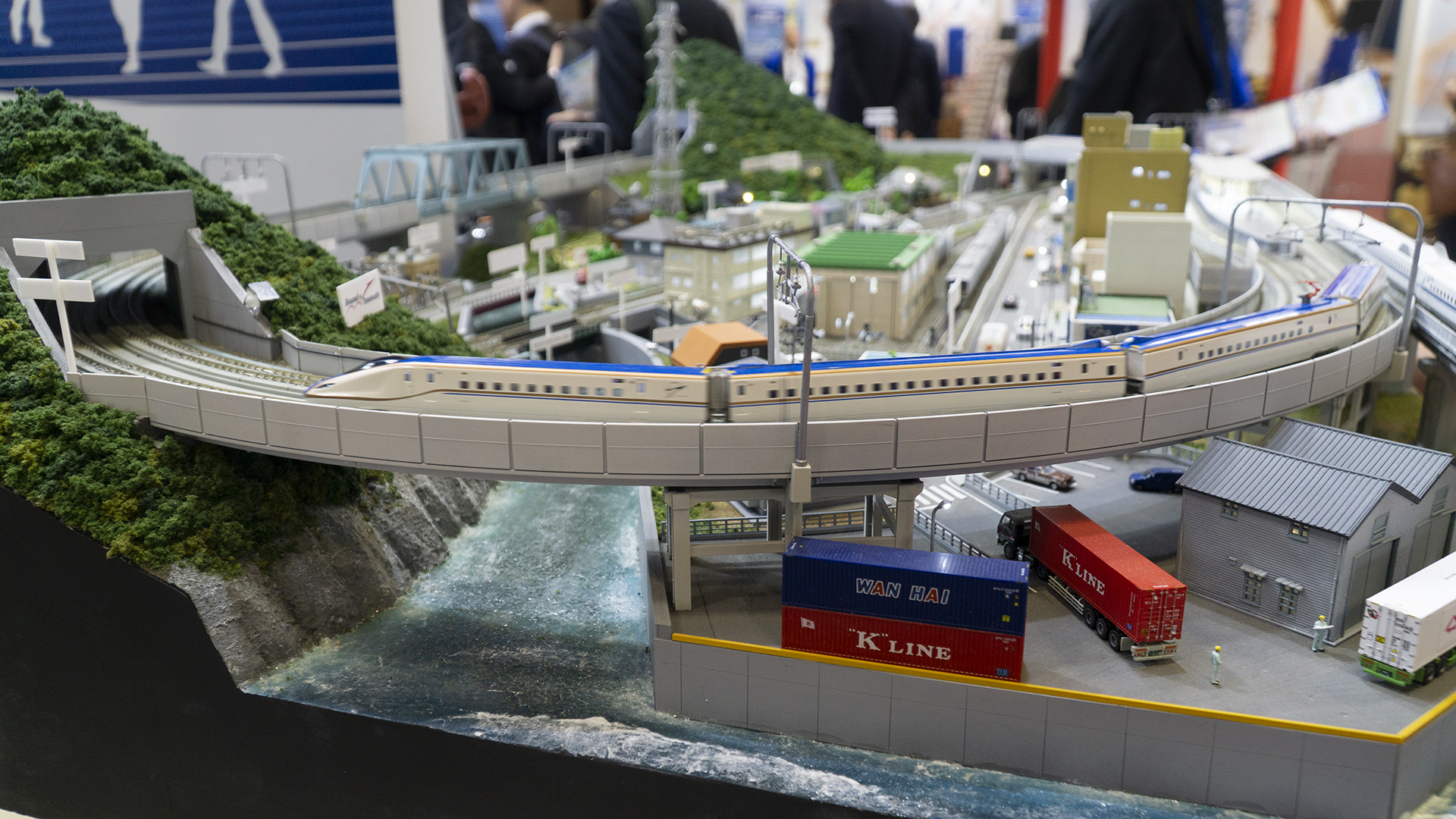 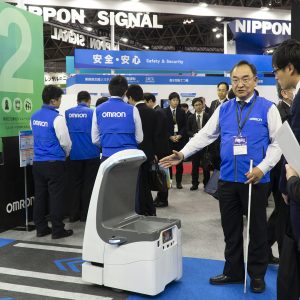 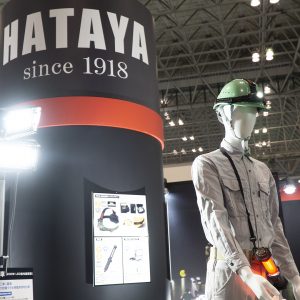 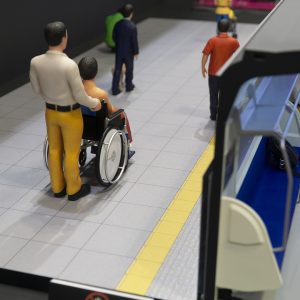 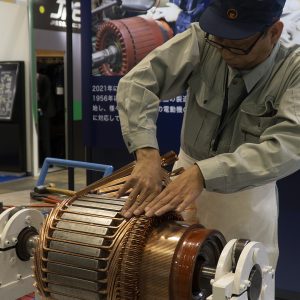 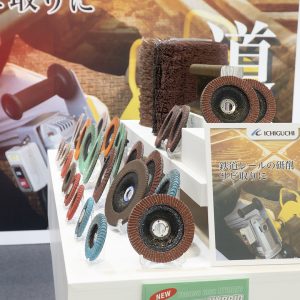 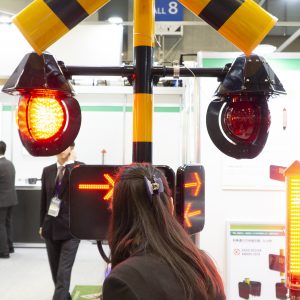 Japan is renowned as one of the most advanced countries in the world for railway technology. After all, how many places in the world are developing SCMAGLEV, which goes at 500 kph and can shrink a tense 6-hour drive to a comfortable one-hour train ride?

This is a country that is connected by a quick and safe network of bullet trains, standard trains, and, in its major cities (including the capital city Tokyo), provides timely local access through one of the largest and busiest underground systems in the world.

Tokyo Metro alone, just one of the train systems in the capital of Japan, is comprised of 9 lines and 179 stations (there will be 180 stations by June 2020). It covers more than 500 km of rail and moves a staggering 7.8 million people a day.

When the conference Mass-Trans Innovation Japan 2019 took place on November 22-24 in Chiba, we set out to find out what was the latest technology in the market.

For a complete novice, it’s interesting to find out aspects of the market that affect the daily operation of something we all use. For instance, how increased sharing of information through Wi-Fi-operated train management systems makes possible the reliability of the Tokyo metro system.

In addition, the developments affecting speed of transportation are astounding. Innovations have already been introduced into the market which are modifying the experience as we have known it.

AI For Those With Special Needs

Going around the exhibition, one learns that artificial intelligence (AI) is already being used extensively on a technical level to help trains operate without glitches.

On the consumer side, AI can also help to make the passenger experience run more smoothly, too. For example, it can be used effectively to help people with special needs.

Take people with visual impairment. Currently Japan uses a pervasive system Tenji Blocks, the tactile yellow blocks found on floors in public places, to help guide those with vision issues to, in, and out of trains and stations.  For those who need more, including those with mobility challenges, once at the station an employee is happy to escort them to the platform, ensure they board the train safely and call ahead to the station master at their destination to arrange for someone to meet them — at the door of the train they boarded.

But what happens when there is insufficient staff or more than one person who needs assistance?

AI recognition technology is a field which is developing steadily to cater to this eventuality. Companies like West Japan Railway Techsia and Mitsubishi Electric are developing software which monitors video footage and detects whether there are people who have special needs in the station.

The software can distinguish people in wheelchairs, with a walking stick, or with prams, and attributes different colors to them so that the station master can dispatch assistance accordingly.

The Japanese Company Omron, a specialist in industrial electronics and automation, has gone even further by creating a robot with the use of AI.

This bypasses the middleman and creates a machine which, in the future, could take over the responsibility of the station employee escorting special needs passengers to the platform.

Using a digital map of the station, the robot is connected with a video camera programmed to visually recognize when someone with a walking stick is standing in a prescribed area.

Let’s imagine in the future this is the entrance to a station. The robot then moves in front of the person in question, announces its presence, and invites the person to follow. There is a useful handle one can grab onto. Once the robot has taken the passenger to the platform at a location where the train door will open, it emits a useful “You have reached your destination.”

The interesting feature of the robot is that it’s not just a machine programmed to follow a preset route ─ it can also react to its surroundings, automatically stopping if a stream of commuters emerges in front of it, for instance.

The Omron model has already been used for cleaning purposes in several stations, but tasking of the model to assist people with disabilities is expected in the near future.

With remote control of train operations, Wi-Fi, and increasingly fast internet, one can only imagine what train controls will look in the future.

Yet, even with more accurate controls, there is still the question of how do you make people learn without putting them at risk themselves, not to mention the very expensive train equipment?

If one thinks of Japanese railway, the first thing that comes to mind is often the elegant bullet train, with some types famous all over the world for  traveling at a speed of 360 kph. Mitsubishi Precision Co., Ltd, has been developing simulations systems for people learning to drive these giants of technology since 2010.

Talking to Naoki Chikaraishi, general manager of the Simulation System Division, we learned that every variety of Shinkansen has its own simulation system and that variations have been introduced gradually as the technology improved. However, the technology is now going more and more towards personalized training, rather than learning on the singular expensive simulator.

He explained: “One of these simulators can cost several hundred million yen. Therefore, in the future, I think we will be moving more towards the use of software, which can be used on laptops for a more personal learning experience.”

It turns out that many other companies also are developing strategies so that their employees can be better trained. Companies like Midori Anzen, which specializes in products to ensure the safety of employees in the workplace, is pushing the use of virtual reality (VR).

Let’s imagine that through VR you can feel with a sense of reality the experience of damaging an electric outlet if you don’t follow the right procedure. It is made even more believable by wearing a glove with sensors used during the VR. The VR improves the learning experience, puts the workers at less risk in the future, and does so without putting anyone or anything in the way of danger.

There is lots of research and development underway. What do you think train technology will look like in 10 years’ time?

WATCH: Trains Bring You to Japan’s Famous Sites — at the SCMAGLEV and Railway Park Museum