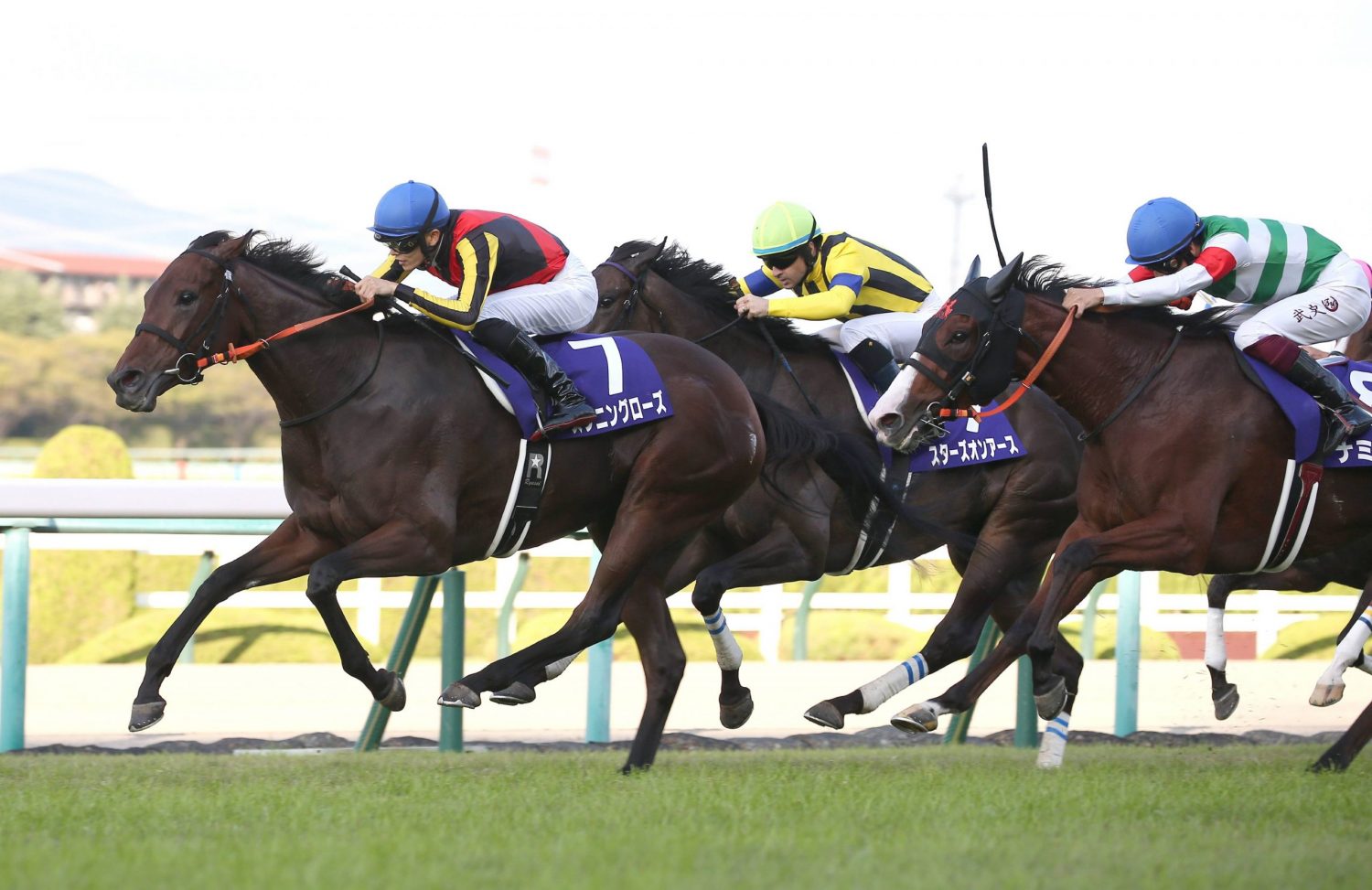 Stars on Earth ran out of time and real estate in her spirited pursuit of a win down the final stretch in Takarazuka, Hyogo Prefecture. Lemaire's ride had the fastest time over the final three furlongs (33.5 seconds), finishing third by a nose. (Watch the full race here.)


"Her response at the straight was much better than her last start, and although I was aware of the horses coming strongly from behind, I felt her power under me would carry us to the wire in front," Sakai said, analyzing the 16-horse race (all 3-year–old fillies).

Bright on Base, ridden by Shinichiro Akiyama, was the early frontrunner, with Sound Vivace (Mirai Iwata) in second place.

To their credit, Sakai and Stunning Rose positioned themselves near the front of the pack early on and maintained a quick pace throughout the race.

Bright on Base, who led for most of the race, faded late and placed 16th overall.

Meanwhile, in making her push to the front, Stunning Rose zoomed past Art House (Yuga Kawada) and Sound Vivace. And only in the race's closing seconds, did Stunning Rose take the lead.

From the outside, Stunning Rose had enough space to operate, galloping at full stride.

A dramatic finish to a stellar ride.


Back After a Long Layoff

Stars on Earth had surgery to remove chip fractures in both forelegs after winning the first two legs of the Fillies' Triple Crown, the Oka Sho (Japanese 1000 Guineas) on April 10 and  the Yushun Himba (Japanese Oaks) on May 22. Lemaire rode Stars on Earth for the first time in the latter race.

Stunning Rose was the runner-up in the Yushun Himba, with Damian Lane handling the assignment at Tokyo Racecourse.

In the run-up to the Shuka Sho, Mizuki Takayanagi, Stars on Earth's trainer, discussed the filly's autumn comeback. Sunday's race was her first since winning the 2,400-meter Japanese Oaks.

"Her recovery from the operations on her forelegs to remove the chips has gone well and she was back training at the farm on schedule," Takayanagi was quoted as saying on the JRA website. "I think her fast work last week was a level above that of the week before."

Lemaire is the most recent jockey to win the Shuka Sho in back-to-back years, doing so aboard Deirdre in 2017, then Almond Eye.

Follow horse racing coverage throughout the year, here, on SportsLook.