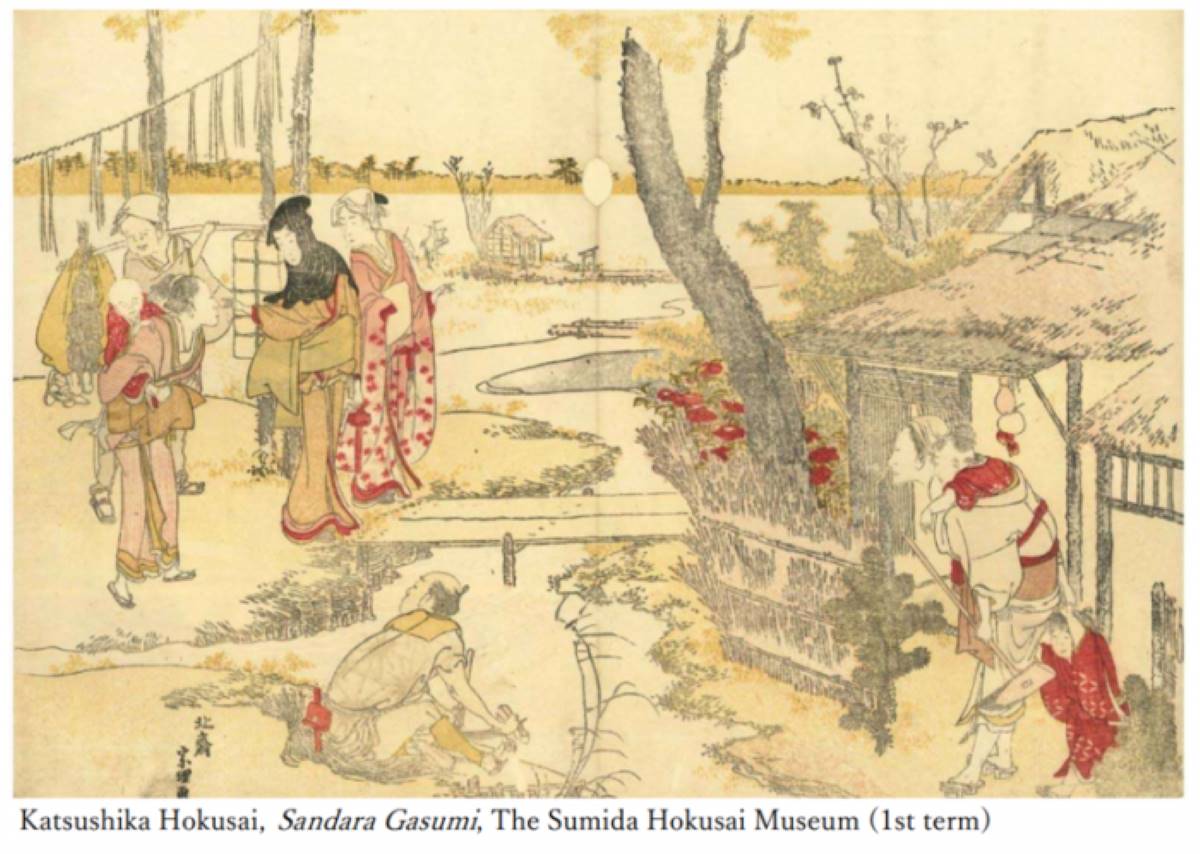 The word ukiyo-e probably brings to mind, in most cases, single-sheet prints, as in the Thirty-six Views of Mount Fuji, or the “Under the Wave Off Kanagawa”.

The Sumida Hokusai Museum in Tokyo will hold a special exhibition, to display the different styles of these books, and explore their fascination in four sections.

Hokusai not only created single-sheet polychrome prints, but also produced pictures for woodblock printed books. The many books by Hokusai that were published included those in which he illustrated a story, as well as his drawing manuals, with collections of his own drawings.

Looking at these books, the drawing styles and other techniques that Hokusai and his students devised for these volumes capture our attention.

Moreover, these books were handmade, so even books with the same title ー depending on the printing ー differed from one another. For that reason, the exhibition dives deeper into the world of the woodblock-printed book.

Most woodblock-printed books were produced in black and white and printed in black sumi ink. But some were printed in color, like polychrome, nishiki-e prints.

This book is extremely rare, with only a few existing copies. It is being displayed by our museum for the first time.

Wrappers as Works of Art

Fukuro, or wrappers, are pieces of paper joined at the sides but open at the top and bottom to form a tube.

They were the wrappers in which books were inserted when they went on sale. Some beautiful examples were also illustrated.

Because the wrappers would be separated from the books, however, few survive. But the few surviving examples are invaluable.

In the Later Printing, Dream or Reality?

Some of the books allow ways of seeing the evolution of prints over a period of time.

In the example below, a first printing, the husband in her dream is shown against a deep black background, contrasting with the princess in the real world.

In the later printing, the deep black ink has been eliminated, so that we cannot tell the dividing line between dream and reality.

Japanese ukiyo-e artist Katsushika Hokusai (1760-1849) was born in Tokyo's Sumida Ward. It is said that Hokusai moved more than 90 times during his 90-year life, spending most of it in Sumida. He left many works depicting the scenery of Sumida, including Ryogoku Bridge, Mimeguri Shrine, and Ushijima Shrine.

He vividly captured life in the Edo Period and is best known for the series “Thirty-six Views of Mount Fuji” which includes one of Japan’s most iconic artworks, “Under the Wave off Kanagawa," known internationally as "The Great Wave."

His fascinating life and varied works spanning more than 70 years are more highly regarded today than ever, 160 years after his death. In the 21st century, with his artworks, he is in the limelight as one of the most acclaimed artists in the world.

Where: The Sumida Hokusai Museum

Closed: Every Monday or the following day if it is a national holiday.