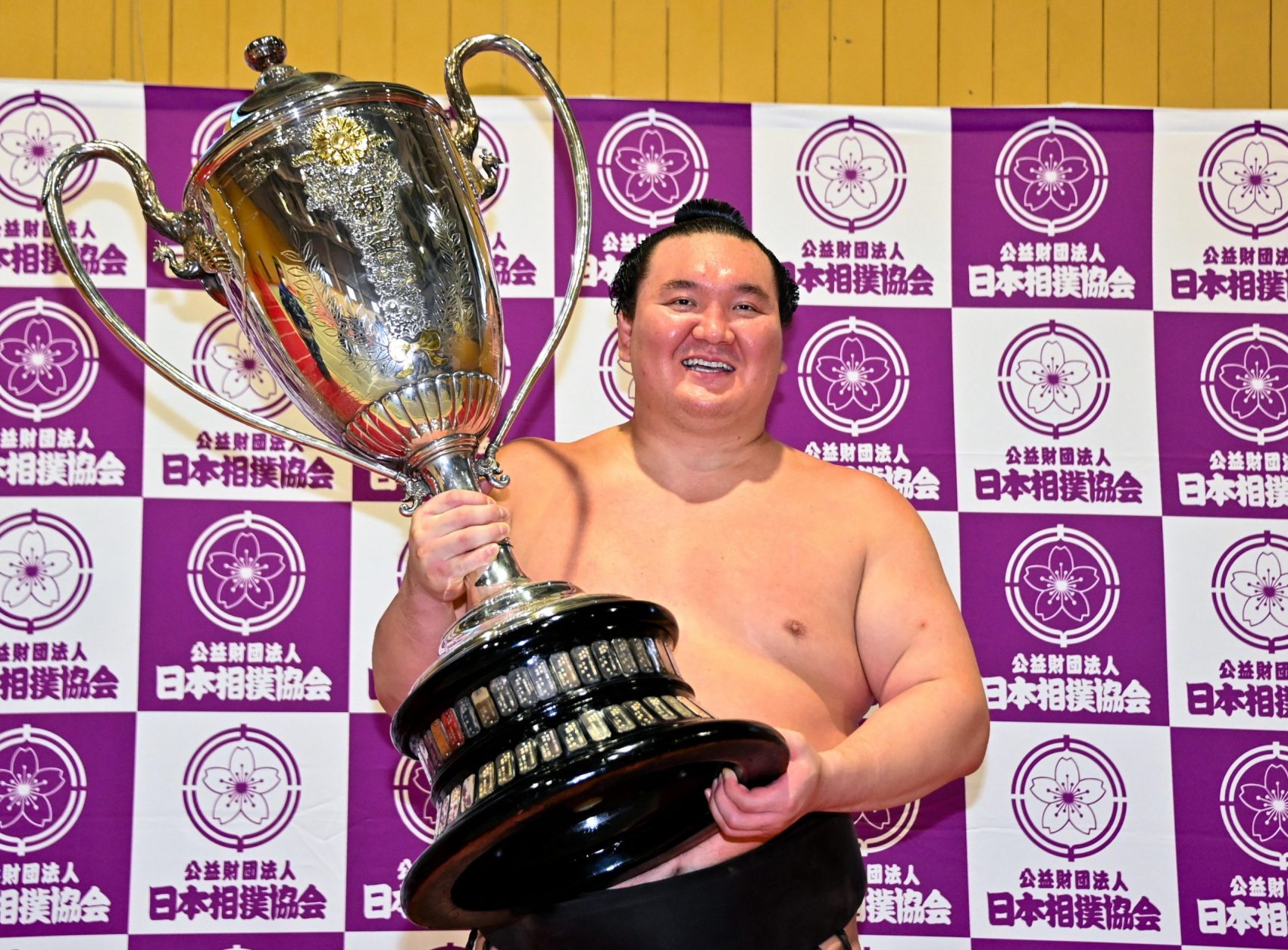 Yokozuna Hakuho intends to retire, a source familiar with the matter said on Monday, September 27, a move that would bring the end to an unparalleled career that included a record 45 grand sumo tournament titles.

The 36-year-old Mongolian had been considering retirement due to several nagging injuries, including a right knee injury, that forced him to miss multiple tournaments in recent years, sources said.

He made a comeback at the Nagoya Grand Sumo Tournament in July which he won with a perfect 15-0 record, but was forced to sit out the Autumn Basho, which wrapped up on Sunday, September 26 with new yokozuna and fellow Mongolian Terunofuji winning the title with a 13-2 record.

Two of Hakuho’s stablemates at the Miyagino stable tested positive for the coronavirus just before the start of the tournament and the Japan Sumo Association decided that Hakuho and 17 other wrestlers would not be allowed to compete in the 15-day tourney at Ryogoku Kokugikan.

Assuming he would not take part in the November 14-28 tournament in Kyushu, Hakuho would retire with a record 1,187 career wins and 1,093 makuuchi division wins.

His record 45 career championships far exceeds the 32 won by former yokozuna Taiho, making the Mongolian the winningest wrestler in the history of Japan’s ancient sport.

Hakuho, whose Mongolian name is Monkhbatyn Davaajargal, made his debut in the spring of 2001 and won his first top-division title at the summer meet in May 2006, when he first fought at the second-highest rank of ozeki.

He reached the highest rank of yokozuna before the Nagoya tournament in 2007 when he was just 22 years old.

Following in the footsteps of Mongolian grand champion Asashoryu, who was known for headline-grabbing antics outside of the ring as well as his prowess in it, Hakuho restored a sense of dignity to the title of yokozuna and was admired by Japanese fans for adhering to the strict demands of being a yokozuna.

He did face some criticism late in his career for repeatedly missing tournaments and that may have weighed on his decision.

In September 2019, Hakuho acquired Japanese citizenship, which will enable him the right to run his own stable of wrestlers in the future.