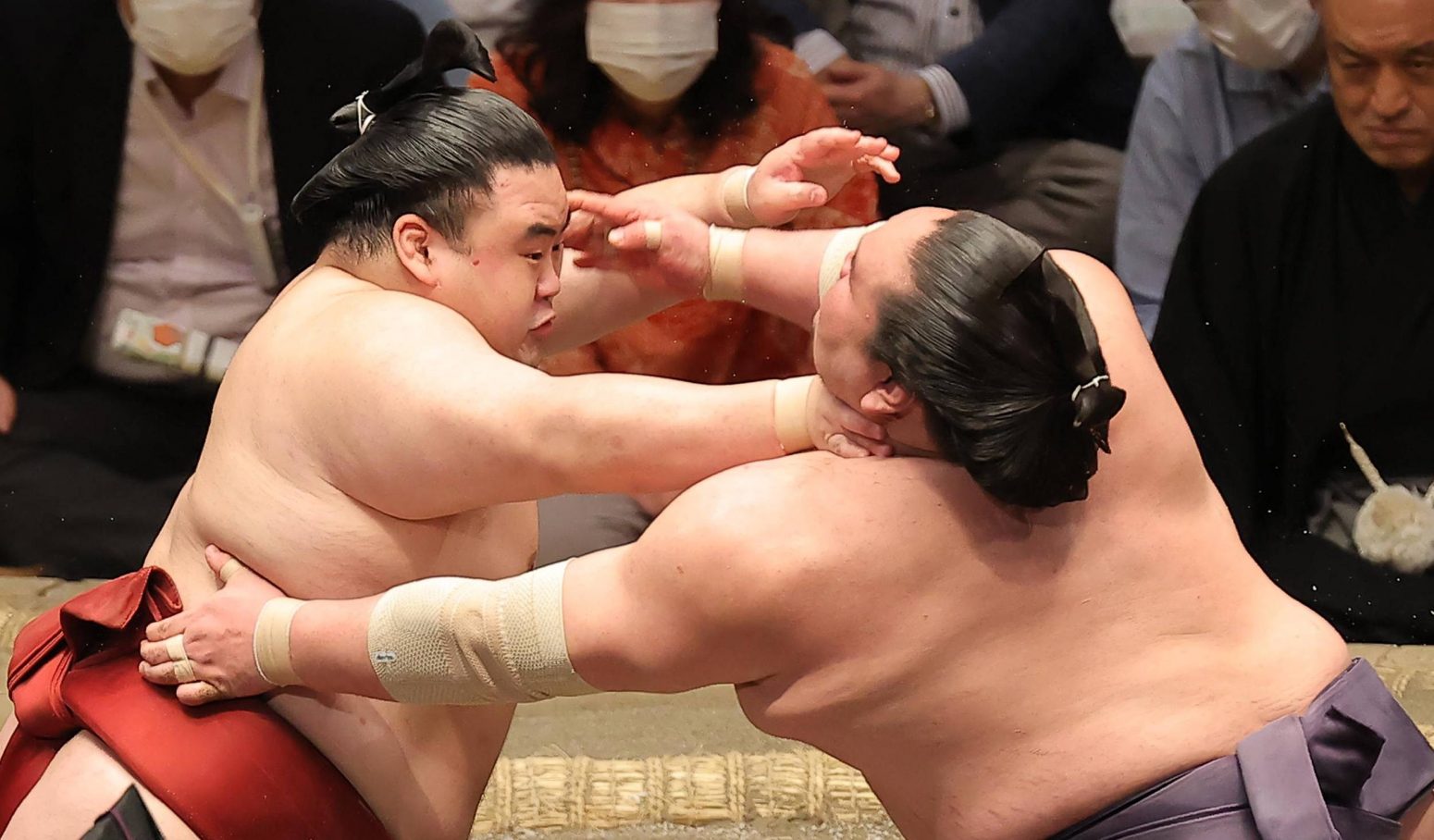 Takanosho (left) grapples with Terunofuji on Day 8 of the Summer Grand Sumo Tournament at Ryogoku Kokugikan on May 15. (ⒸSANKEI)

Rank-and-filer Takanosho upset yokozuna Terunofuji on Sunday, May 15 to move into a five-way tie for lead at the midway point of the Summer Grand Sumo Tournament.

In the day’s final bout at Ryogoku Kokugikan, Takanosho forced Terunofuji to the edge where the grand champion attempted a last-gasp arm throw but stepped out with his foot to seal the win for the No. 4 maegashira who improved to 6-2.

“I just wanted to go for it today and that’s what I did,” Takanosho said.  “I tried to get inside. He’s a heavy man so I just wanted to keep moving forward and do my brand of sumo.”

Lower-ranked wrestlers Tamawashi, Ichiyamamoto, Sadanoumi and Aoiyama are also tied for the lead in what has become a wide-open tournament with no clear favorite heading into the second week.